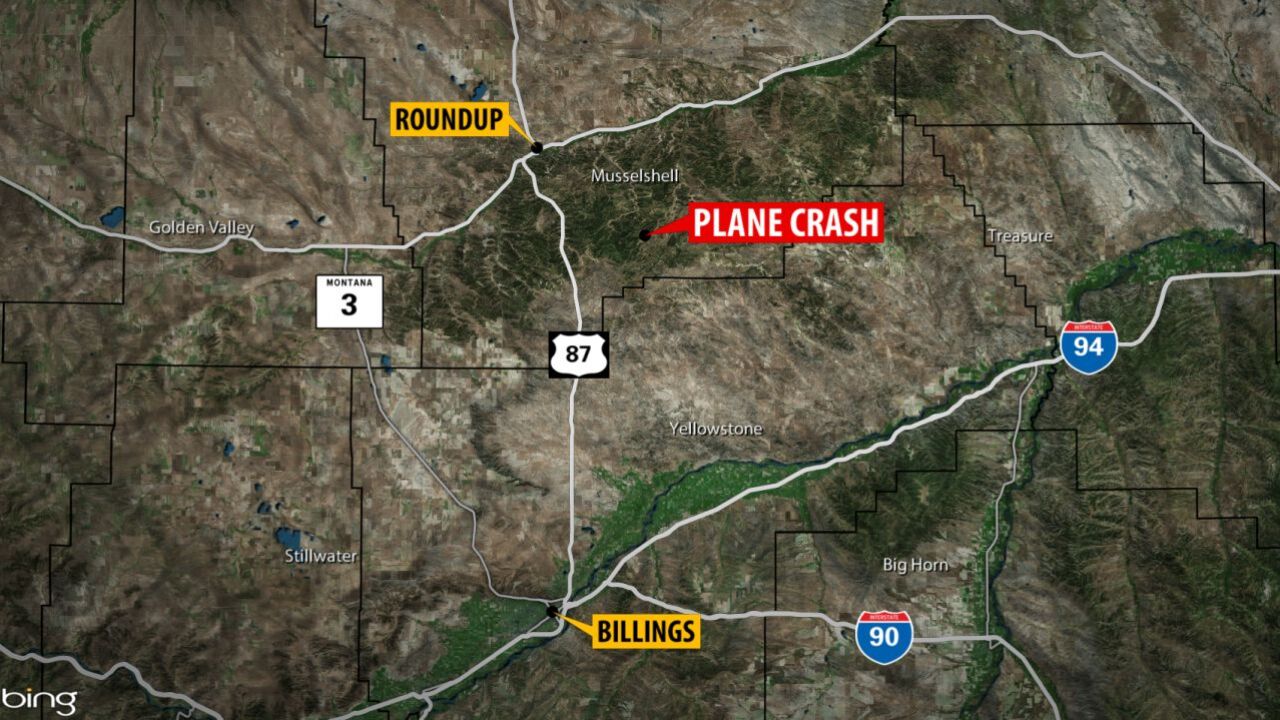 BILLINGS — Authorities have identified the four victims of the plane crash north of Billings Saturday night.

Yellowstone County Sheriff identified 69-year-old David Healow as the pilot of the aircraft.

The single-engine Cessna crashed Saturday around 6:30 p.m. in the Bull Mountains located between Billings and Roundup.

Preliminary reports show the plane may have clipped a guy-line supporting a radio tower on the top of Dunn Mountain.

The crash is being investigated by the Federal Aviation Administration and the National Transportation Safety Board.

Previous information and updates regarding the crash can be found here on our website.