The new citizens took their oath of Allegiance on Thursday morning at the Paul G. Hatfield Federal Courthouse in Helena.

Family members filled the chambers for the ceremony to show their support for their loved ones.

Judge Sam Haddon presided over the ceremony and commended those taking part for their hard work going through the system.

“To be a citizen is truly an honor. One can not overstate this,” said Haddon. “All of you are now part of the great fabric that makes up the United States.”

Haddon was joined by Boy Scout Troop 214, the Daughters of the American Revolution Oro Fino Chapter and Mayor Wilmot Collins in congratulating the citizens.

“Almost 20 years ago I was just like you,” Collins told the new citizens, “You now have to take good risks, get involved in your communities and flourish. You can do it.” 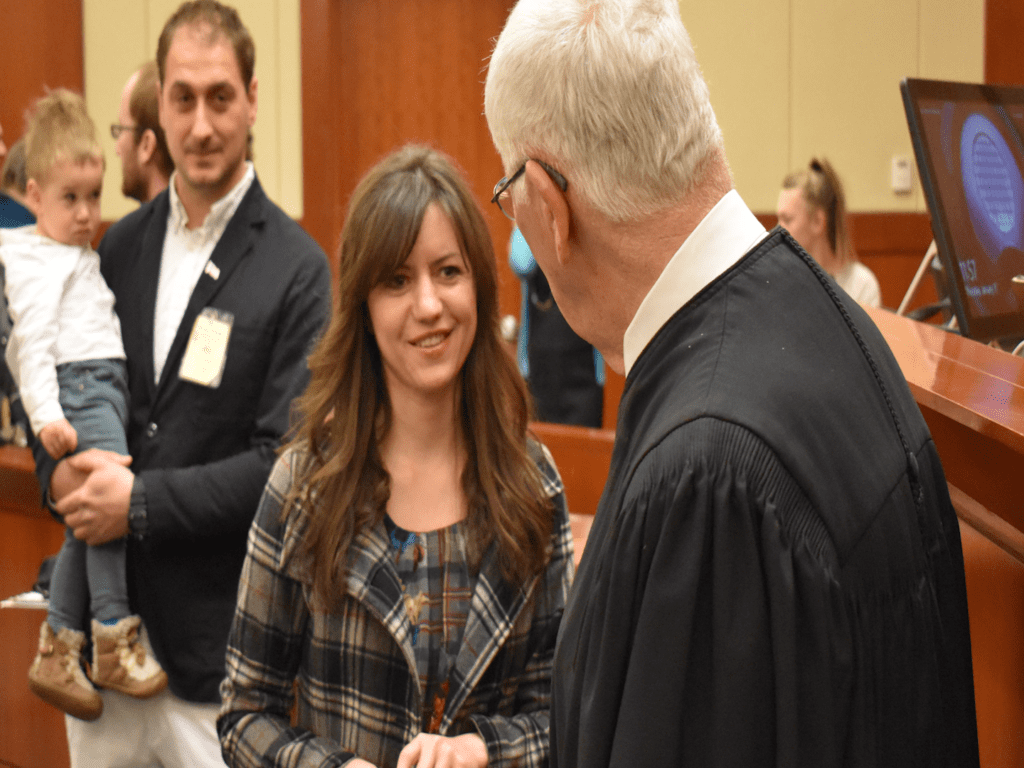 Dragana Yuzapavik– formerly of Bosnia and Herzegovina and current Kalispell resident– said she is incredibly proud to be a citizen.

“I came here because of my husband, I fell in love,” said Yuzapavik, “But I not only fell in love with my husband and his family but with this wonderful country and traditions and everything it means to be American. So I’m very excited about this day.”

Judge Haddon noted that this group of new citizens was the most diverse he’d seen with 19 countries represented.