COLUMBUS – When you think of Montana, barbeque probably isn’t the first thing that comes to mind. But one family in Columbus is working to change that.

The Hamiltons are an elite, father-son competition barbeque team called Montana Outlaw BBQ. They got their start with local competitions but quickly started turning their hobby into something more.

“It looked like a train wreck coming in there honestly,” said Tyler Hamilton, when talking about that first KCBS competition. “It was not anything close to a professional look.”

Despite being new to the sport, the Montana Outlaw BBQ team took home a 10th place call for their brisket.

As they continued to work on their craft, they sought out the help of others in the barbeque circuit, including Tuffy Stone from the show Pit Masters. They took his competition barbeque class in Virginia and became fast friends.

"That’s really helped us and that kind of elevated our game,” said Tyler Hamilton. “That is really what led us on to our success in 2016, which was our most successful year as a team."

In 2016, the team entered 14 competitions, earning top-five placements in all but three. As a result, they were invited to the exclusive Jack Daniels Invitational.

The crowning achievement was being named Reserve World Champions at the American Royal World Series of Barbeque in Kansas City.

"People were asking, what do you use?’," said Tyler Hamilton. “We kind of saw an opportunity to say, instead of telling them what we are using, why don’t we create our own and work backwards and say these are the flavors we really like, let’s design our own rubs."

They sought the help of a company called Spicy Gals in Laurel, who helped them develop and produce their rubs, but demand quickly outpaced the production capacity of the company.

“So many of the folks don’t even get to try our barbeque because we’re doing a contest away,” said Rick Hamilton, the father in the father-son team. “Any opportunity we have where we can make barbeque, and giving to our community, we love doing.”

The Hamiltons decided to sign with a spice company in Kansas City, which produces a majority of the rubs used on the barbeque circuit. The company also directly distributes to major companies around the country, like Ace, Bass Pro and Cabelas.

The family, who owns the Ace Hardware in Columbus, already sells their rubs in Ace Hardware stores around the state, as well as locations in Tennessee, Ohio, South Carolina, Colorado and Alberta, Canada.

Just this month, they made a deal with Ace Hardware to begin selling their rubs in stores around the country. They are currently working with Bass Pro and Cabelas as well.

"We owe a lot of why this rub happened to (Stillwater County) so it means a lot to me because it just goes to show you that it doesn’t matter where you’re from, if you want to put in the time and you have the energy to do it, you can accomplish great things,” said Tyler Hamilton.

The Hamilton’s are currently working on a series of "how-to" video’s to help bring barbeque to people in backyards around the country.

“For a lot of people, the idea of cooking a brisket for 6-12 hours probably isn’t realistic,” said Tyler Hamilton. “They just don’t want to do that so how can we gear this towards people who want to do stuff in under an hour."

Tyler said they also hope to eventually produce a line of sauces to go along with the rubs.

Their success is hard earned, and while they have a lot more they want to accomplish, Rick Hamilton said at the end of the day it’s all about family.

“I am just blessed that I get to do this with my boys and they still want to do it with me,” said Rick Hamilton. “Sometimes they don’t want to do anything with you, so I am double blessed. That is the best part…all the success we have, that’s shadowed by the fact that we get to do it as a family." 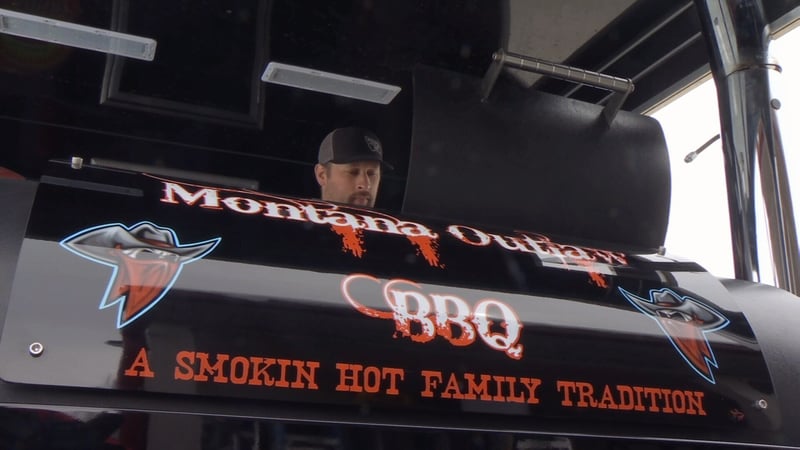