CommunityOne Class at a Time

One Class at a Time: Paxson Elementary School 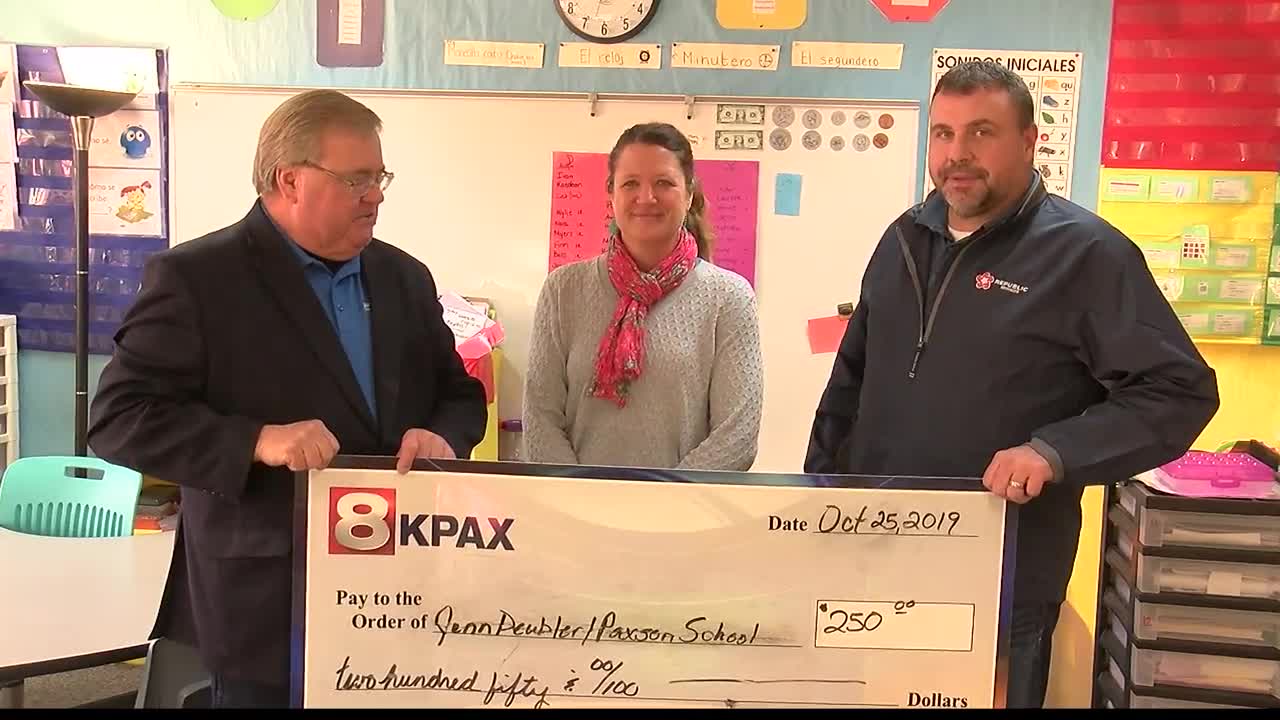 MISSOULA — Our KPAX-TV and Republic Services One Class at Time grant winner is getting several pairs of headphones, and iPad cases for her classroom.

Deubler says the school provided her students with iPads, which they use to further enhance the library she has in the classroom.

The headphones allow the students to work and learn at their own pace, and they're able to do so while Deubler works with other students individually and in small groups.

"They can have the ability to go in and read and support their language, and then also when we do math days, they're able to go into their math apps while I'm also teaching other small groups hands-on," Deubler said.