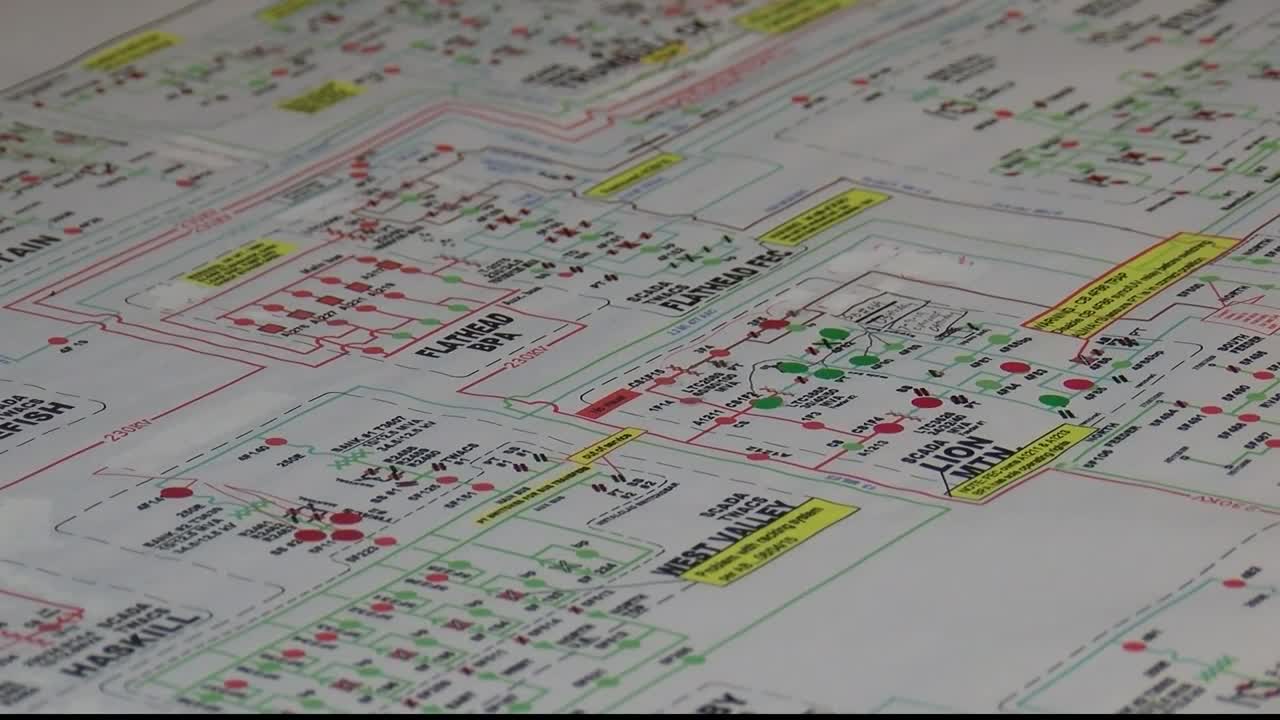 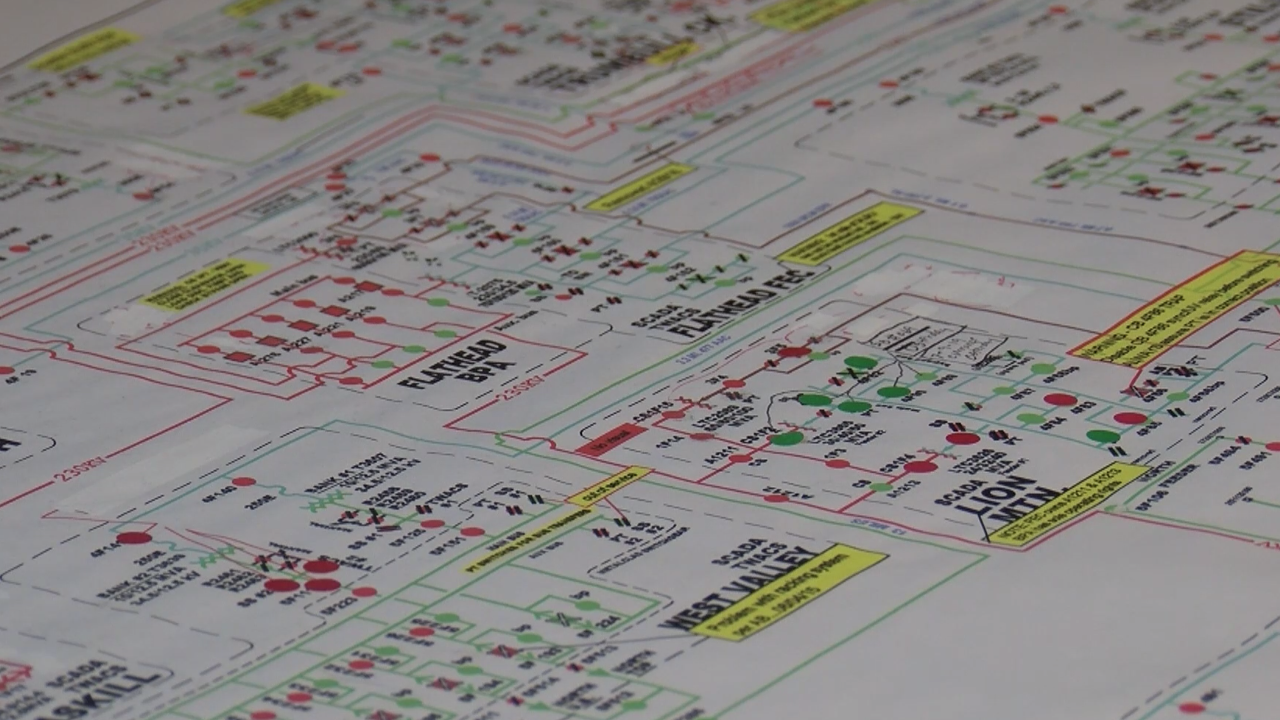 KALISPELL — When the power goes out, Flathead Electric Cooperative dispatchers work hours of overtime dispatching linemen and keeping them safe.

Answering phones, dispatching linemen and keeping linemen safe is all in a day's work for Kyle Nielsen who has worked at Flathead Electric Co-Op since 2008.

"It could go from zero to 60 in a couple of seconds. It could be a nice quiet day -- like one of the recent ones that happened out west in Marion. It was a quiet day and within seconds every phone in here was ringing," Nielsen said.

Nielsen is one of several dispatchers who work around the clock to restore power when outages occur, "we won't stop until the lights are on. We'll work 24, 48 hours, just non-stop to get it back on."

The dispatch center relies on a colorful electric board which shows all the power sources in the valley. If a section blinks, it alerts dispatchers to an area that needs help. When that happens, Nielsen sends linemen out to fix it, and he's responsible for their safety.

"You want them to have your trust, to know that what you're telling them to have confidence in," explained Nielsen. "And because we're also in here -- responsible for if they want a section of line de energized -- we're the ones who will let them know the points they need to operate in order to get that line de energized so they can safely work on it."

There’s a possibility that on Saturday the winds could get up to 45 mph, which could down trees and power lines. Going into the weekend Nielsen says that all they can do is watch and wait.

"We can mentally prep, but as far as prepositioning crews, no, because that means if the weather does get bad later on," said Nielsen. "For example, if it's predicted to hit at 8 a.m. and we have everyone out and about, and it doesn't hit until 12 hours later, then you already have a bunch of guys who are tired."