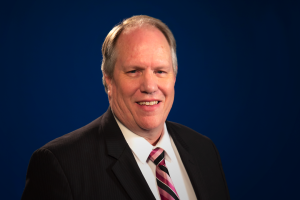 Dennis is a 4th generation Montanan who returned to the state in 2007 after working most of his career in the Seattle region in Western Washington. During those years he was part of the award winning team at KIRO Newsradio and KIRO Television in Seattle, owned his own cable news operation and reported extensively on some of the biggest stories in the region for 30-years. After coming to KPAX initially as News Director, Dennis returned to the airwaves as a reporter, and then co-anchor of the evening news alongside Jill Valley starting in 2015.

During his years in Montana, Dennis has covered some of the largest forest fires in the region, issues like wolves and grizzly bear management, local politics and government, and feature stories highlighting the people and special places in Montana. He believes a journalist's job is to "illustrate life", while providing fair and balanced coverage with a historical perspective.

He can often be found exploring and photographing Montana's remote corners, camping, spending time with family, or jumping the waves on local lakes on his personal watercraft.

You can email Dennis at dennis.bragg@kpax.com