If there’s one thing that’s kept fly fishing afloat these past few months, it’s the dedicated Montanans who just can’t stay out of the water. 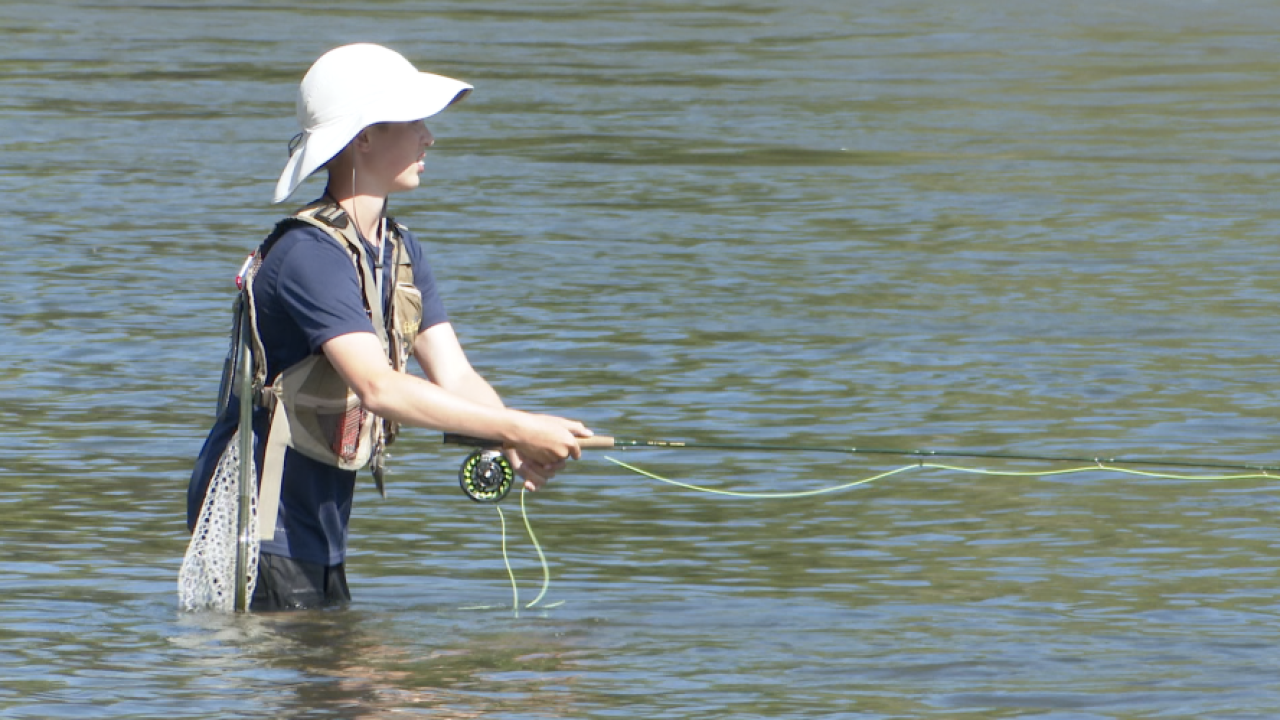 MISSOULA — With the Blackfoot, Bitterroot, Rock Creek, and the Clark Fork rivers, combined we have 400 miles of river to fish, and that’s all within an hour's drive of Missoula.

Needless to say, when it comes to fly fishing, it doesn’t get much better than this.

Blackfoot River Outfitters owner Terri Raugland is an expert in all things fly fishing. She says the sport is a $7.1 billion industry in Montana.

When out of state travelers were deterred from the Treasure State due to the COVID-19 pandemic, fly fishing, one of our biggest attractions suffered drastically.

Raugland says she’s never experienced a year like this one.

“We understand the ebbs and flows of Mother Nature. You know, we've been dealing with that for 30 years. Forest fires, droughts, flooding, we deal with all of that, but a pandemic was just something that nobody ever expected,” he said.

Grizzly Hackle, another popular fly shop in town, spent last year remodeling apartments above their building with hopes of offering clients a place to stay when they come to fish.

“Our outfitting and apartments upstairs have definitely taken a hit, especially in March, April, and May when we were closed or contained in a two-week quarantine," owner Brendan Bannigan said. "It really limited people's ability to come to the state and fish with us.”

Raugland and Bannigan have each had over 100 of their guided fishing tours canceled since March.

“For months it was two steps backwards and one forward. We were just barely keeping our heads above water,” said Raugland.

For the fishing tour guides, many of whom are independent contractors, the cancellations have driven them to unemployment.

If there’s one thing that’s kept fly fishing afloat these past few months, it’s the dedicated Montanans who just can’t stay out of the water.

Both outfitters have implemented safety protocol for their guided tours, Grizzly Hackle is even waiving their cancellation fees at this time.