Over a hundred drivers blow by stopped school buses in one Montana district. Why are they getting away with it? 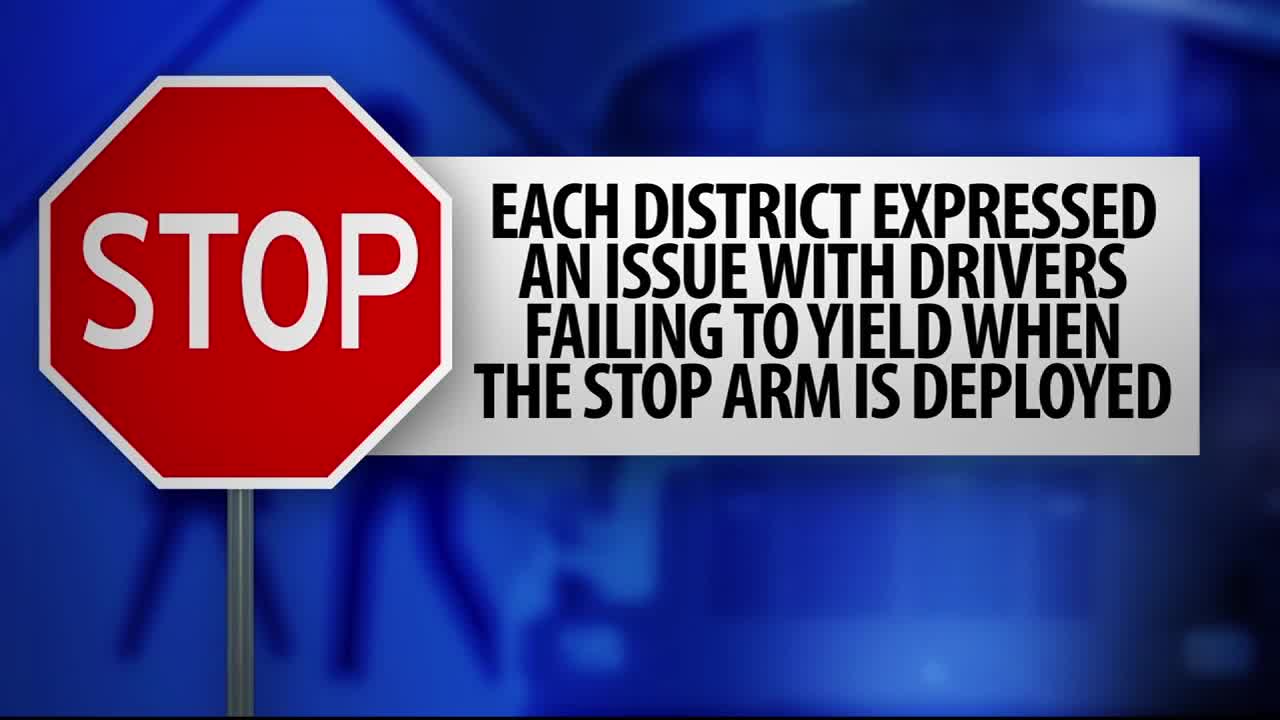 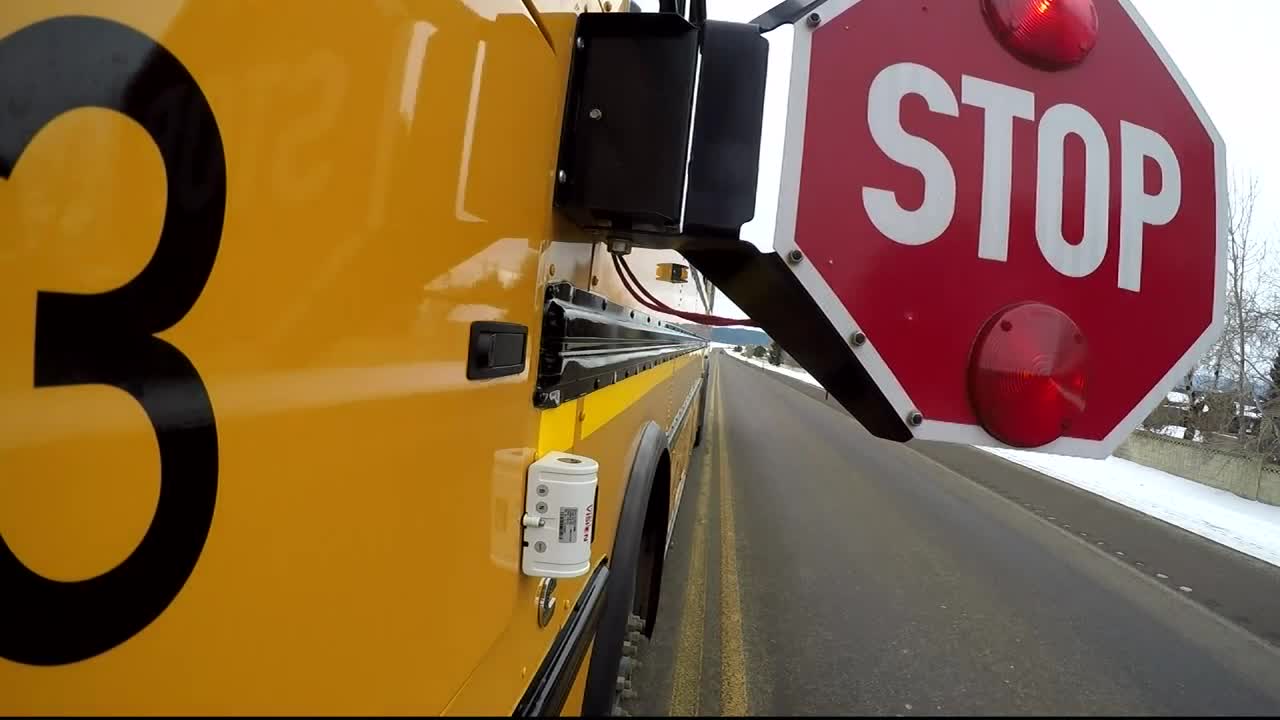 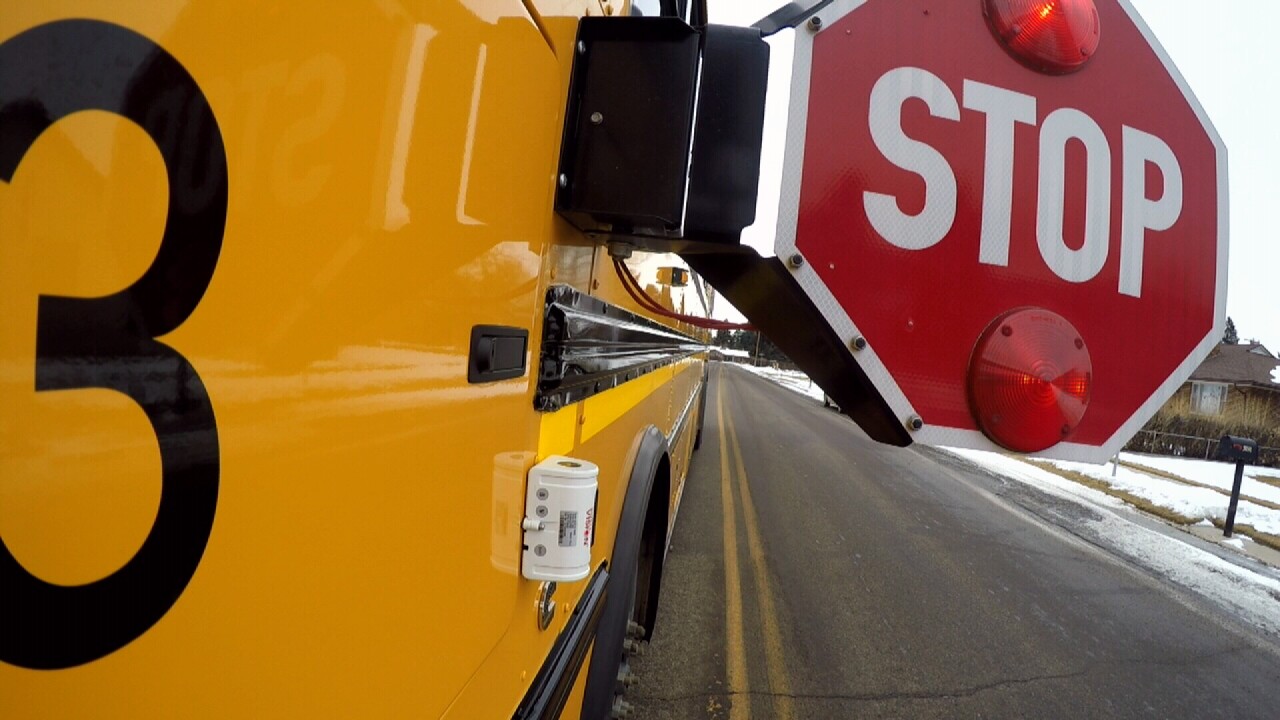 After a Kalispell girl was severely injured this fall when a driver failed to stop for a school bus, improving safety at the stops has become an important conversation within school districts across the state.

However, while some are trying new ways to deter drivers who illegally pass bus stop arms, including installing cameras, Montana law may be preventing violators from being held accountable.

Six-year-old Jordana Hubble was struc k by a vehicle in November near Whitefish after a driver failed to yield to a school bus stop sign. She is still recovering from her injuries at a Houston coma emergency program. The driver has not been charged.

But just weeks prior to that, officials with the Butte School District were busy installing cameras on their fleet of district-owned yellow school buses.

Butte's mission, according to transportation director Jeremey Whitlock, was to cut down on the number of times drivers disobeyed the stop arm. The cameras in theory would also act as proof to provide police with information about the driver.

“In previous years, we've seen a lot of stop-arm violations and for the safety of our kids, we're trying to figure out as a district, how can we try to get the public more aware,” said Whitlock.

The cameras are active all the time and positioned just below the stop arm on the outside of the bus. They are waterproof. When a bus driver sees a vehicle run the stop arm, a button is pushed, and the video is timestamped. It's then forwarded to police for review.

Since the cameras have been installed, those with the district began to see firsthand just how much of a problem running the bus stop arms was.

“Close to 130 stop-arm violations since September," said Whitlock. “A lot of them are just people just in a hurry.”

However, many of the incidents also showed drivers blatantly running the stop sign.

“You know, we've had people actually stop for a second, look left, look right and fly through them,” said Whitlock. “We've had certain instances where four or five (cars) have gone through the stop sign in violation and we've captured all that on video.”

Butte Schools shared the video with MTN Investigates; in it, you can see drivers blow through the stop arm and then proceed to run another intersection stop sign. Another case shows a driver purposely drive on a sidewalk just to get around the stop arm.

“I feel that there haven’t been consequences for those people out there,” said Whitlock.

So, in hopes of making drivers more accountable, the stop-arm violations caught on tape are then forwarded to police.

“We’re not super sure where it goes after we leave it, but we're sure hoping that you know, it's going from our place to a ticket to prosecution,” said Whitlock.

What is happening to drivers caught on camera running the stop arms?

It turns out, according to Butte city Judge Jerome McCarthy, none of the 130 drivers captured on camera running the stop arm have been seen in city court.

Butte Silver Bow law enforcement say that’s because officers are obligated to prove who was driving the vehicle at the time of the alleged violation.

“We just aren’t able to do that as the video doesn’t show the driver,” said Sheriff Ed Lester.

Lester tells MTN Investigates that he believes the use of cameras on school bus stop arms can reduce violations and potential accidents because school resource officers follow up with complaints and use the opportunity to educate drivers.

Still, he says officers have an "ethical obligation" to be able to prove each violation they issue.

"We just aren’t able to proceed with a citation unless the driver can be identified beyond a reasonable doubt,” said Lester.

Could a new Montana bill can help?

She recently introduced House Bill 492, which would allow school districts to use video recording as evidence when the district alleges that a driver ran a school bus stop arm. It would also amend the case to a civil infraction.

“I first am not one that thinks we need more laws,” said Vinton. "We have a law that already makes it illegal to pass a school bus. The problem is in the enforcement.”

She tells MTN Investigates that the chance for law enforcement to observe someone passing a stopped school bus is small.

Vinton says results from a recent survey conducted statewide indicated an average of only 62 violations of drivers illegally passing school bus stop arms in one year.

Her proposed bill, which ultimately stalled in the 2019 session, would make the penalty like that of a parking ticket.

“Nobody knows who parked that vehicle there, but you could still get come back to your vehicle or someone else that was driving your vehicle would come back and find a citation on it,” she said. “Everyone can agree that we need to put the safety of our kids first.”

Vinton plans to reintroduce the bill once again at the next Montana legislative session in 2021.

"The real tests will be in the implementation and when someone is actually given a citation. Will they contest that citation? And then, will the court uphold the citation?” said Vinton.

Who else around the state is using cameras?

While most districts contract their transportation needs out to companies such as First Student where buses are equipped with cameras inside. Only Butte is using a camera on the stop arm.

All seven districts also expressed an problem with drivers failing to yield when the stop arm is deployed.

Still, Butte school officials and Whitlock believe their community is catching on to the cameras.

“You know, we don't want somebody to have to live with hitting a kid, and we don't want to have a kid who has lifelong struggle,” said Whitlock.

Butte believes the public is catching on and reports of stop sign runners is down since the start of the year.

“I think we have done a tremendous job this year,” said Kelsey Chase with the Butte school transportation department.

Chase tallies the reports of stop-arm violations and forwards that information to police.

“Especially with the police force coming out there and following through with the data that we're giving them to try to get these people who do violate and to stop it from happening,” she said.

Still, if more needs to be done, Whitlock says he’s committed to making the cameras work.

“Definitely going to keep moving forward,” he said. “And if that's installing more cameras you know, I'm in support of it.”