MISSOULA – Some families in the Missoula area woke up Monday morning to find plastic Easter eggs that were filled with Neo-Nazi propaganda instead of candy.

Reports of these eggs are centered in the area of central Missoula along Kent Street West. Both businesses and homes have received these flyers. Also included in the eggs were a plastic gold coin and toy Easter bunnies.

The material included a flyer promoting a group with Neo-Nazi ties called Atomwaffen Division. The group has been linked to at least five murders in the U.S. since 2017.

The Missoula Police Department is reviewing reports but is not commenting any further on the incidents.

A Missoula resident who found multiple eggs in their yard told MTN News that they are disturbed by the timing of the distribution of the eggs and also how they are targeted at children.

The FBI has said they have also been made aware of the situation:

"The FBI investigates activity which may constitute a federal crime or pose a threat to national security. Our focus is not on membership in particular groups but on criminal activity. The FBI cannot initiate an investigation based solely on an individual’s race, ethnicity, national origin, religion, or the exercise of First Amendment rights, and we remain committed to protecting those rights for all Americans." 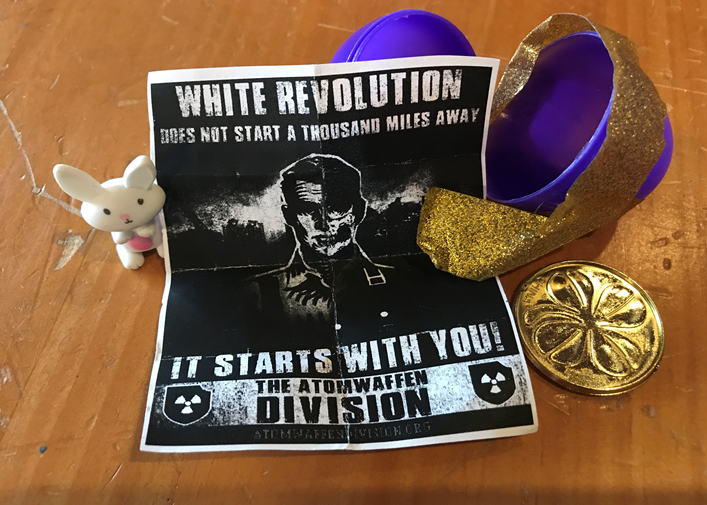