HELENA – The Montana Department of Justice has issued a Missing Endangered Person Advisory for a 9-month-old Native American girl.

She is believed to be with her non-custodial mother Edna Jones, 28.

Jones is a Native American woman who is 5’8" tall and weighs 180 pounds. She has brown eyes, black hair.

Jones is possibly in a green 2003 Pontiac Bonneville with Montana license plate 20-2998B.

Authorities say Jones may be traveling to Billings, Great Falls or Glasgow.

The mother and child tested positive for drugs and the child in danger, according to the advisory. 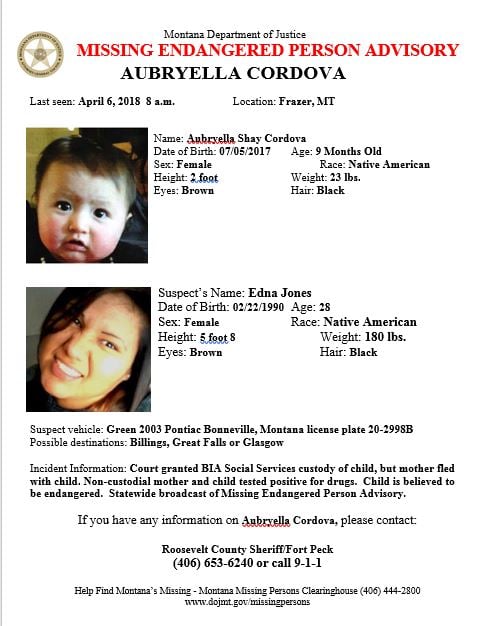