The world’s tallest active geyser has erupted on March 15, April 19 and again on Friday.

According to a story published in the Washington Post, Michael Poland, the scientist in charge of the Yellowstone Volcano Observatory, said there is no clear reason for the unusual increase of activity at the geyser.

He said one possibility is the three eruptions could indicate thermal disturbances – heated ground that can change the behavior of geysers and springs or form new ones.

A string of eruptions over a year in 2003 may have been connected to a particularly violent thermal disturbance that killed trees and nearly boiled trails in the Norris Basin, where several geysers, including Steamboat, are located, Poland said. 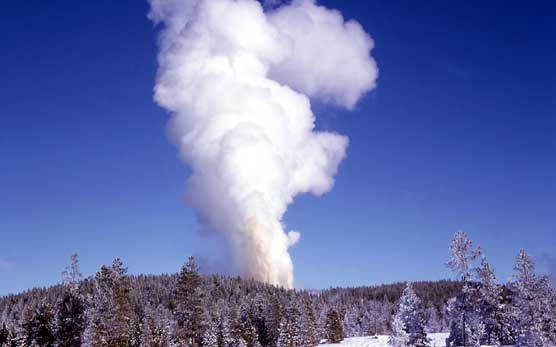 The geyser could also be relieving pressure through smaller eruptions instead of a larger event, he said.

Poland said most geysers show erratic eruption patterns and the cluster of eruptions at Steamboat could "just reflect the randomness of geysers.”

“This is what geysers do. They erupt,” Poland told the newspaper.

The scientist said the public should not fear the recent activity indicates the Yellowstone Volcano will erupt any time soon. The last eruption was 70,000 years ago, and there are no signs of another one, he said.

“There is nothing to indicate that any sort of volcanic eruption is imminent,” Poland said.