KALISPELL – A  male grizzly bear was moved in Northwest Montana after eating bird seed and garbage near Marion.

Montana Fish, Wildlife & Parks captured a subadult male grizzly bear on April 28 near McGregor Lake and released the animal in a remote location in the Kootenai National Forest.

FWP says the bear, approximately 3 years old and weighing 246 pounds, had been frequenting residential areas and eating birdseed and garbage around McGregor Lake and Little Bitterroot Lake near Marion.

Residents reported several sightings of the bear. The animal did not have any prior conflicts. FWP Bear Management Specialist Tim Manley set a culvert trap in the area and captured the animal on the night of April 28.

The bear was fitted with a GPS radio collar for future monitoring.

In consultation with the U.S. Fish and Wildlife Service and U.S. Forest Service, FWP moved the bear on May 1 to the Big Creek drainage on the west side of Lake Koocanusa on the Rexford Ranger District.

When responding to a bear incident, FWP follows guidelines that inform an appropriate action. These factors include the potential human safety threats, the intensity of the conflict and the bear’s history of conflicts.

Interestingly, the capture site was located between two grizzly bear recovery areas: the Northern Continental Divide and Cabinet-Yaak ecosystems. The release area is remote habitat within the Cabinet-Yaak Ecosystem, encompassing the Yaak Valley and the Cabinet and Purcell mountain ranges in northwest Montana and northeast Idaho.

Now that bears are active, residents are asked to remove or secure food attractants such as garbage and bird feeders to avoid conflicts. Click here to learn how to "Be Bear Aware". 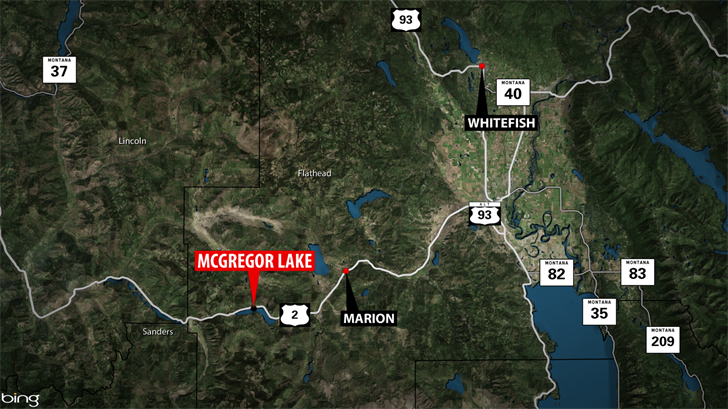