STEVENSVILLE – Montana Fish, Wildlife and Parks managers believe they may have a long-term solution over fishing access to the Bitterroot River in Stevensville.

The informal site has been plagued with problems for years, but now the new owner who acquired the property is willing to give it to the state. Myla Yahraus, who purchased the adjacent ranch last winter, has a one year lease with the state which allows temporary access, removing the barriers we saw last summer.

FWP told an audience in Stevensville on Wednesday night that if they can work out the details, the location at the Bitterroot Bridge would become a formal FWP fishing access site. 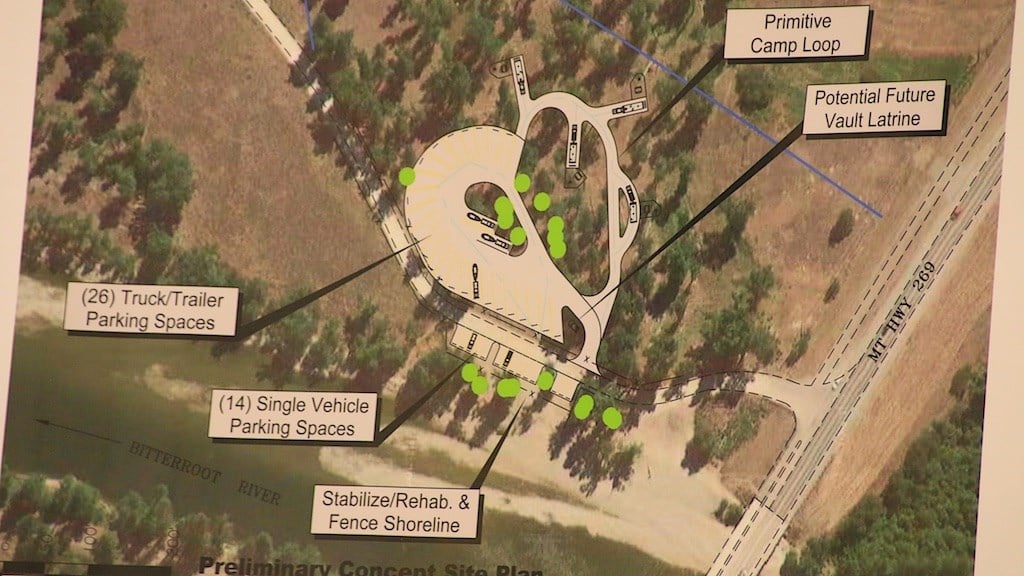 What they’re envisioning would be to use the existing "roughed out" boat launch with improvements like parking and traffic control. There also could even be some primitive camping and pit toilets similar to what exists at most fishing access points.

"It’s a tremendous opportunity. And we need to be considerate of the landowner and realizing there’s a lot of public use at that site and it’s better managed by a public agency," said FWP Region 2 Fisheries Manager Patrick Saffel.

"We’d be doing regular litter pickup, cleaning latrines, maintaining structures. We’ve already had recently a hazard tree that needed to be maintained and the landowner picked up that. Whereas if it was our property we’d be on that," Saffel added.

FWP is just in the early stages of developing the site plan, and how the improvements could be placed alongside the town-owned parks and trails downstream. But if the plans come together in time, the state would like to make the improvements this fall.