DARBY – Idaho County authorities were able to pull an overturned SUV from the raging Selway River, but they’ve found no trace of the four missing hunters who were in the vehicle when it ran off a Forest Service Road.

The accident happened Monday, when the four, along with two outfitters, were hunting bear on the remote Magruder Corridor about 50 miles west of Darby. Two men were able to make it to shore, but the others haven’t been seen by searchers on ground or from the air.

The Idaho County Sheriff’s Office says crews from the Painted Rocks Fire Department, along with Salmon Rafting and Back County Helicopter managed to get a line onto the truck Wednesday.

With the help of heavy equipment, the Suburban was pulled from the river on Thursday. But the missing hunters were not inside.

The missing men have been identified as Koby Clark, 21, of Bozeman; Reece Rollins, 22, of Terrebonne, Oregon; Raymond P. Ferrieri, 24 and Jesse A. Ferrieri, 21, two brothers from Mahopac Falls, New York.

The two men who got out of the crash, Jesse Gunin and Jason Lewis, have both returned to Georgia.

Search and rescue teams from Idaho County and Ravalli County, along with the U.S. Forest Service, volunteers and family are expected to continue recovery efforts this weekend. 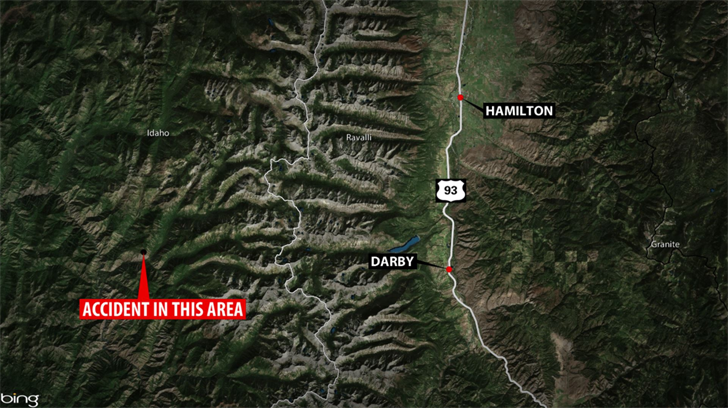