Manhunt over: Suspect apprehended after trying to break into home

BOZEMAN – The manhunt near Bozeman Pass is over in the search for Shaunesy Cole, 37.

Cole was apprehended shortly after 1 p.m. at a home by a K-9 unit on Quinn Creek Road.

Park County Sheriff Scott Hamilton said Cole was reportedly attempting to breaking into the home when a woman inside called 911 and barricaded the doors.

No officers were injured in the arrest and Cole was medically cleared to be transported to the Park County Jail.

This is a developing story and will be updated as more information becomes available. 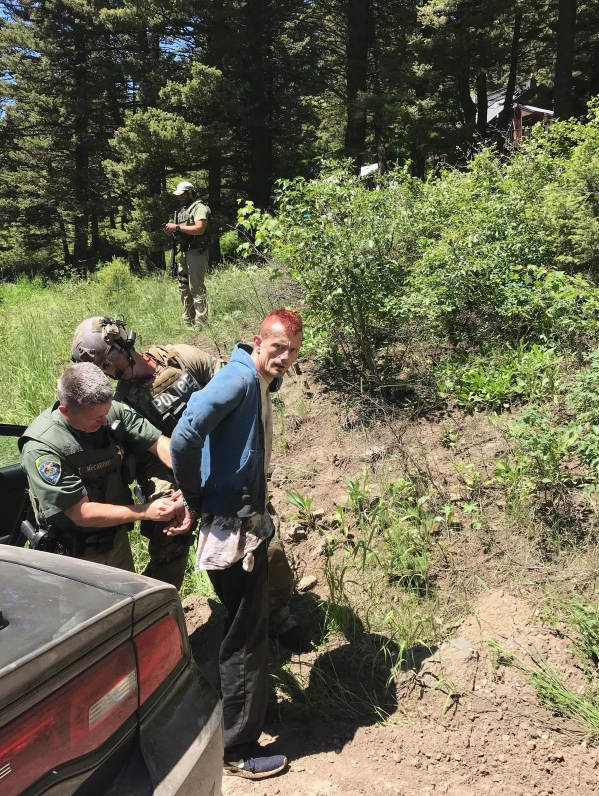 BOZEMAN – Challenged by terrain, the massive search effort to bring Shaunesy Cole, 37, into custody Wednesday included law enforcement from local, county, state and federal agencies with both SWAT and FBI.

There are now more than a dozen agencies involved in the search, including Lewis and Clark County to Billings contributing resources.

Authorities say Cole, a three-time felon, is known to them and not just because of his past but also due to current investigations.

“I think that he’s desperate,” said Hamilton. “I mean, we’ve been looking for this guy for weeks before this so he’s known to us.”

Hamilton said Cole is a suspect in several crimes.

“We had a burglary a few drainages over towards Livingston,” Hamilton said. “A motorcycle was stolen and some other stuff. (There) ended up being a pursuit to Billings and he invaded officers there in Billings. We’ve been looking for him ever since.”

“When people shoot at us, we hunt them down until we find them,” said Hamilton. “That’s the goal here. We want to do that peacefully, but we’re ready if you want to shoot at us again.”

Hamilton said he understands the fear and frustrations of residents in the area.

“They want their neighborhood back, and the peace and quiet – that that’s why they live out here,” he said.

“We’ve got roving patrols of vehicles going up down by houses and driveways,” Hamilton added. “There’s a very large law enforcement presence here which is uncommon, no way we could we could do what we’re doing out here without their assistance.”

Hamilton said Cole’s family is concerned about his well-being.

“If anyone knows where he is, the best thing to do, please let us know where he is and we can bring a peaceful resolution to this.”