KALISPELL – Two people died in a fatal head-on crash that happened near the Glacier Park International Airport on Thursday afternoon.

The two-vehicle crash delayed traffic near the airport on U.S. Highway 2 near mile marker 133 as crews were forced to block both southbound lanes.

The two vehicles involved were reportedly on fire leading to the closure.

Information about the drivers has not yet been released. 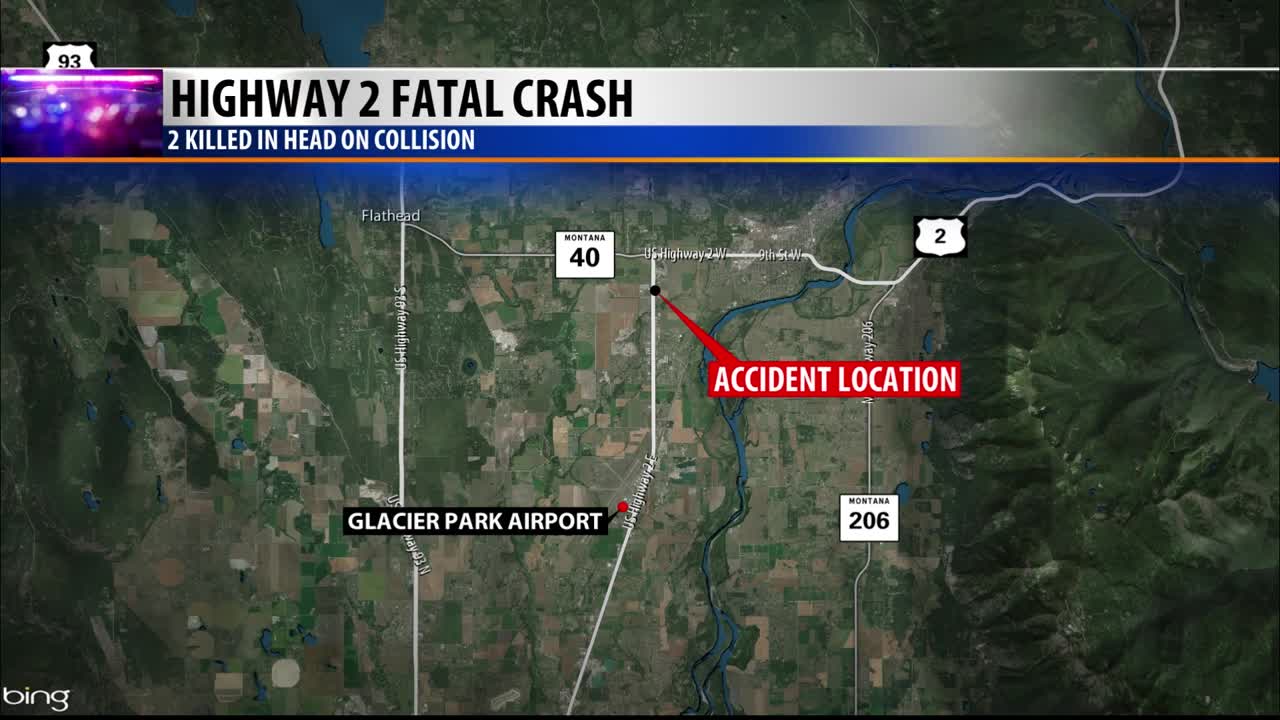 A two-vehicle crash is delaying traffic near the Glacier Park International Airport on US Highway 2 near mile marker 133.

Officials report 2 vehicles are on fire, blocking both southbound lanes.

That road is closed, and a detour in place at Conn Rd thru the Peterbilt parking lot.

Check back for updates.