MISSOULA – The Missoula County commissioners met on Thursday to talk about a budget for the next fiscal year and proposed tax hikes will affect property owners.

Some of the increases the county is picking up some of the tab after state legislative cuts to the state health department that hit the state’s community-based mental health care system in 2017 and 2018.

Those consequences were predicted when the cuts were made in a commissioner meeting in March. Commissioner Jean Curtiss says the impacts are reflected in the preliminary budget in several ways.

Because of cuts to mental health care, the Missoula County Detention Center is seeing an increase in inmates with those types of needs, and are adjusting their budget to accommodate. 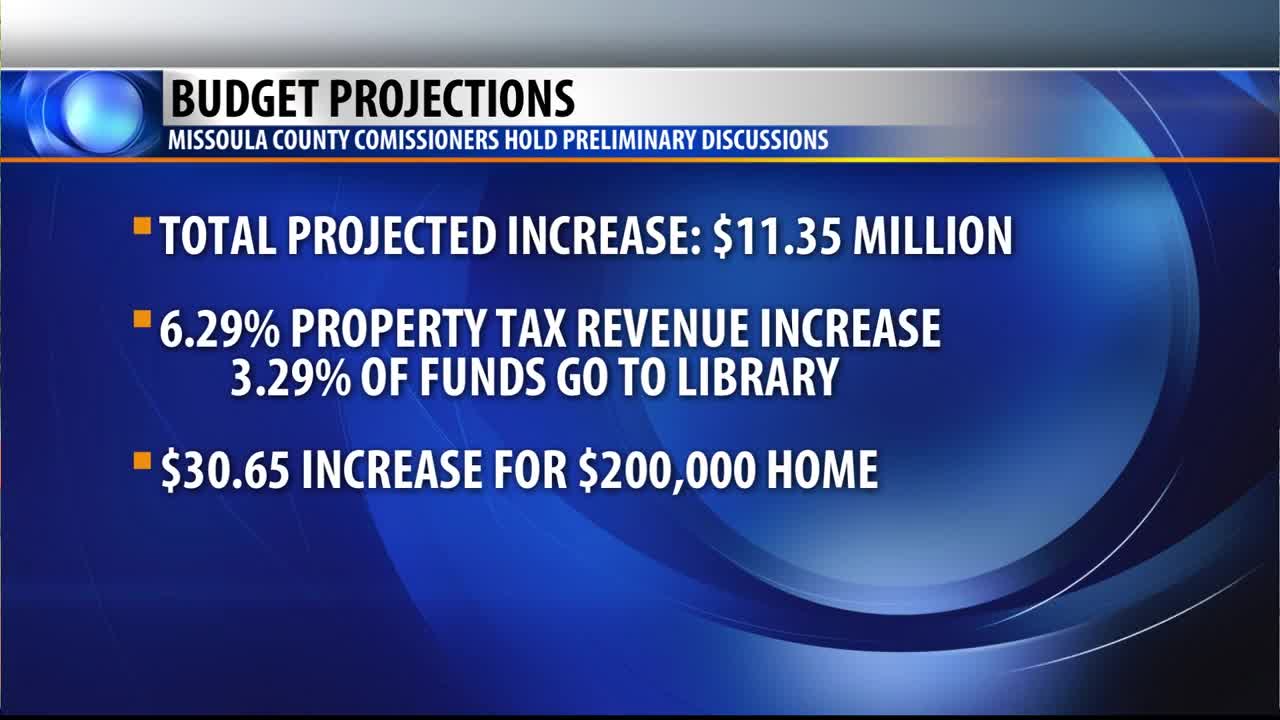 “One big increase is in the medical contract for services for the detention center," Curtiss said. "The demands for the folks that end up there are up and also more complex."

"The new contract provides more services, different kinds of service — like more focus on mental health — but will cost $400,000 more than the contract did last year,” she added.

Along with other increases, the total projected increase adds up to $11.35 million increase in the preliminary budget. The proposed numbers show a 6.29% increase in property tax revenue with 3.29% of the hike coming as a result of building a new Missoula Public Library.

Governor Steve Bullock’s office announced earlier this week that $43 million may be restored to the Montana Department of Public Health and Human Services budget but has not yet detailed exactly how that money could be administered, or to which programs. The restoration of money is aimed at easing the burden of $200 million in cuts that happened in 2017.

Commissioners say they welcome public comment on the proposed budget. The meeting for final approved is slated for August 23rd .