LIBBY –  Kootenai National Forest managers say the next 48-hours will be critical in containing the largest of several small fires burning in Northwest.

The wildfire activity in and around Libby has significantly picked up in the last 48 hours where 21 fires are burning in the Kootenai National Forest. The largest blaze is the Davis Fire which tripled in size earlier this week.

“On July 28th we had a small lightning storm that came through and that storm actually produced 20 lightning fires ranging anywhere from a .10 of an acre up to the current size of the Davis fire which is approximately 150 acres," said Kootenai National Forest spokesman Shawn Ray-Delmas.

Access is proving a challenge for firefighters. About 150 total personnel and heavy equipment have made it to the fire camp 45-to-50 miles in the Upper Yaak to help manage, control and contain the fire.

“We have a Type II incident management team coming into the Kootenai National Forest to help us manage and control and contain the Porcupine and Davis fire," Ray-Delmas explained.? 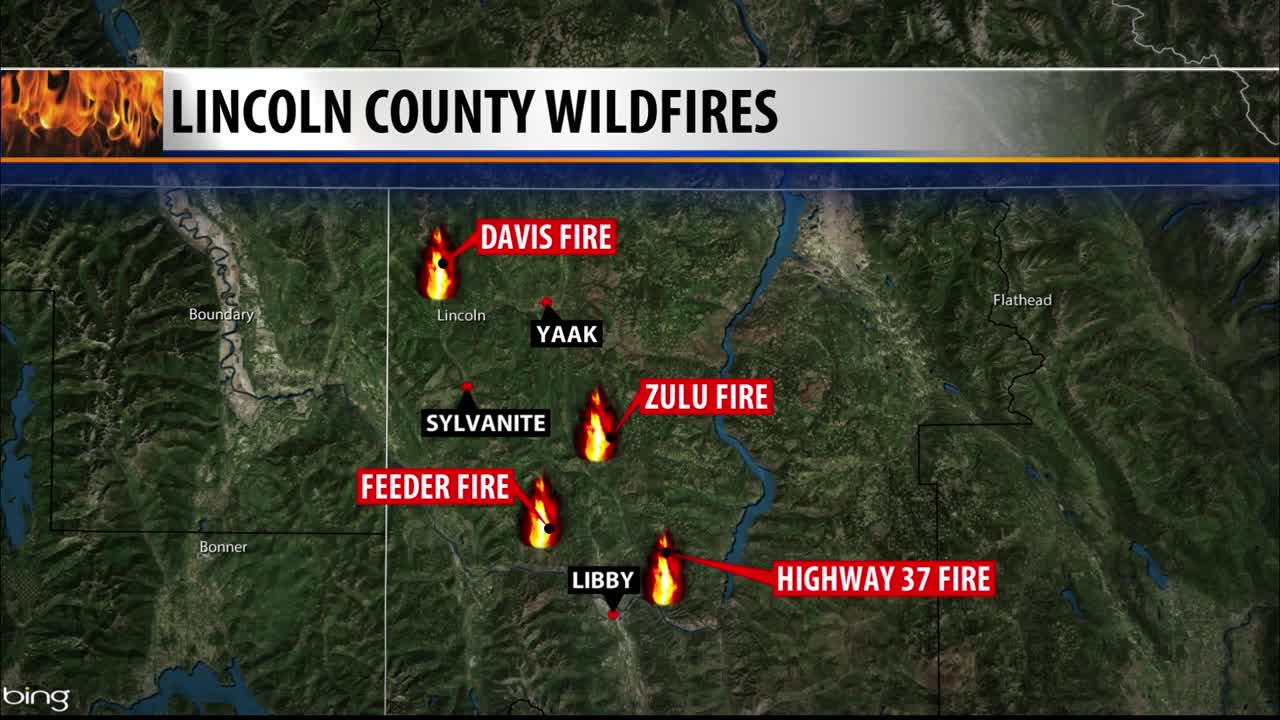 Temperatures reaching into the triple digits in the area means that heat exhaustion is now among the safety threat facing firefighters.

“Everybody knows we are going to reach triple digits [Tuesday] — roughly 103 is what they forecasted for these fires," Ray-Delmas said. "Firefighter safety is our primary focus and public safety — as well and hydration and heat exhaustion are at the top of our list to make sure our folks are being taken care of.”

The weather forecast shows the 25-to-30 miles per hour are possible on Thursday and fire managers say the strategy going into Wednesday is to work to contain the 12-acre Porcupine fire first.

The fire danger in Lincoln County remains listed at "very high" with Stage I Fire Restrictions in effect on the Kootenai National Forest.