Cause of I-90 Mineral County fire determined

MISSOULA – Fire officials report that hot wheel bearings are to blame for a blaze that ignited Wednesday afternoon along Interstate 90 in the Alberton area.

The Frenchtown Rural Fire District has taken care of the fire which was first reported Wednesday afternoon approximately five miles west of Alberton.

ALBERTON – Traffic is backed up on Interstate 90 west of Alberton Wednesday afternoon due to a wildlands fire.

Lolo National Forest Public Information Officer Boyd Hartwig reports that firefighters have stopped growth on a new fire approximately five miles west of Alberton on the north side of the Clark Fork River.

Engines from several Lolo National Forest Ranger Districts and Frenchtown Rural Fire Department are responding. The fire is estimated to be several acres.

The Montana Department of Transportation reports that the incident is in a two-way construction zone, with traffic alternating around incident in a single lane, which is backing up traffic. 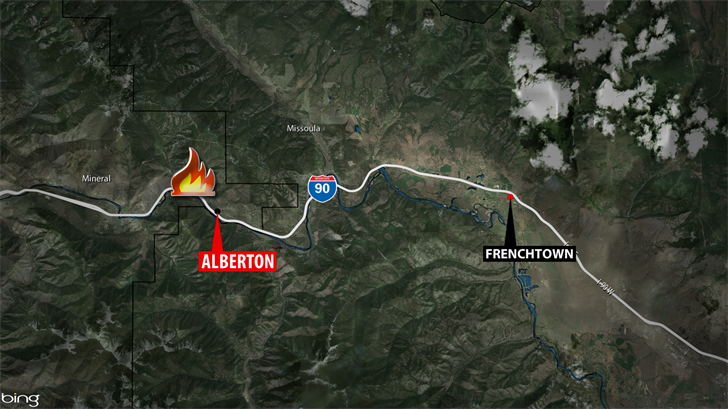