The advisory was issued at the request of the Blackfeet Tribal Police Department.

Spotted Bear was last seen on Wednesday, August 7th, at around 8 a.m. in Glacier County. He is a Native American man with brown eyes and black hair. He is 31 years old and 5 foot 11.

He is believed to be driving a dark red or maroon four-door Hyundai Elantra with an unknown Montana license plate.

His possible destinations include Glacier, Toole, Pondera or Cascade counties.

Blackfeet Tribal Police says that Spotted Bear is believed to be in "serious, life-threatening danger."

Authorities have not specified the reason for the concern, and have not released any other details at this point.

If you have any information about Justin Spotted Bear, you’re asked to call the Blackfeet Tribal Police Department at 406-338-4000 or call 911. 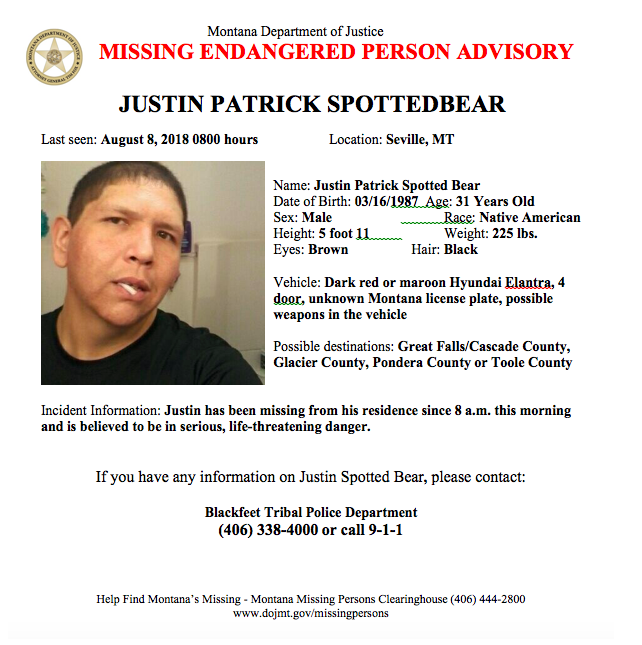