LIBBY – The Ten Mile fire which is burning 18 miles southwest of Eureka in Lincoln County has now scorched an estimated 568 acres and is 18% contained.

Fire managers report that crews are still making good progress battling the blaze with the drop in containment being attributes to the slight growth of the fire.

Firefighters ignited small patches of unburned material as the fire moves towards the containment lines on Tuesday.

Heavy equipment has continued to improve indirect fire lines on the east side of the fire and helicopter bucket drops continued to be used as needed.

There are now 281 people assigned to battle the lightning-sparked blaze which began burning on July 31st.

Several road and trail closures remain in effect in the area for firefighter and public safety purposes. 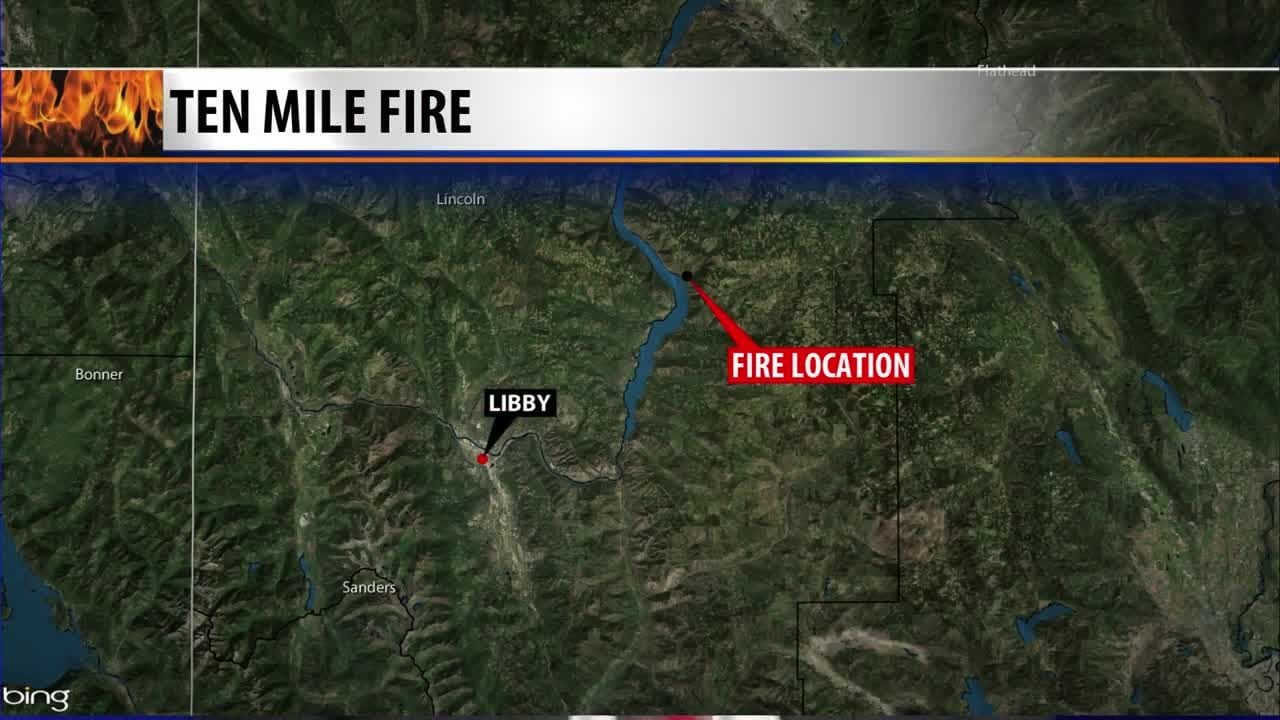