BILLINGS – A man wanted on a federal warrant was spotted by law enforcement at the Billings Heights Walmart on Sunday which led to a pursuit involving Yellowstone County Sheriff’s Office deputies and Montana Highway Patrol troopers.

The chase traveled the wrong way down Main Street as Nick Montano, 33, drove south on Main Street in the northbound lanes of traffic during the pursuit. The pursuit ended when Montano, driving a stolen Cadillac Escalade, crashed in the 2300 block of 7th Avenue North.

Montano then fled on foot, at one time breaking into a home in the area and being removed by the resident. Other residents in the area said they saw a man running by their windows as police and federal agencies joined the chase and the subsequent perimeter search of a three block area downtown.

Law enforcement believed they had Montano cornered in a home at 708 North 25th Street after finding the residence with a kicked in door. 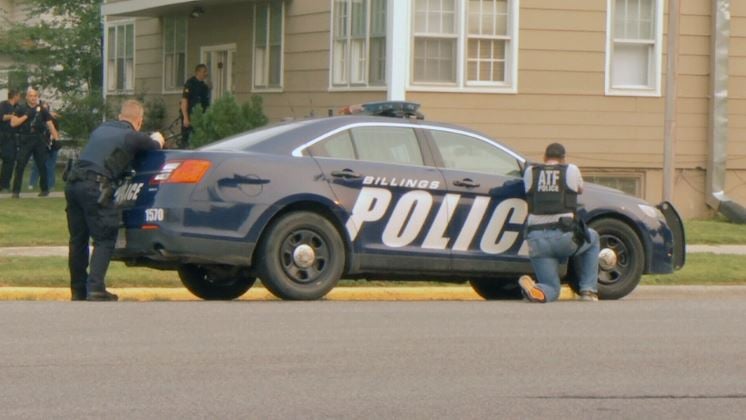 Due to the outstanding federal warrant, the U.S. Marshals Service and the ATF were on hand to lead in the capture of Montano. After the residents of the home were out, officers went in and cleared the building but Montano was not found in the home.

Billings police along with federal authorities were in the process of a secondary sweep of the area when they found what appeared to be a large bag of drugs in the doorway of an apartment building at 703 North 26 th Street. 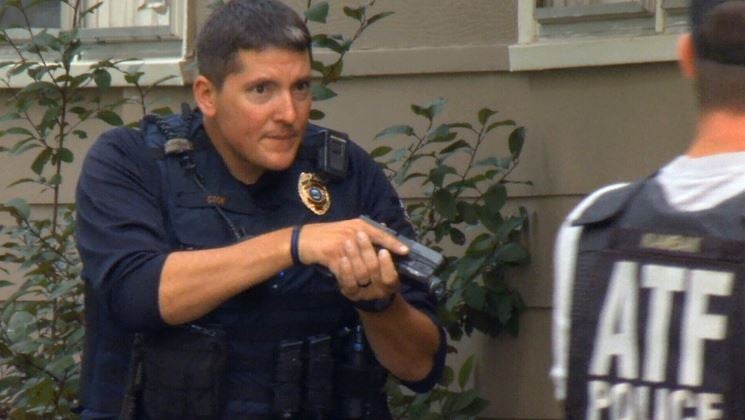 Lt. Cady with the Billings Police Department said over fourteen Billings police, Yellowstone County deputies, Montana Highway Patrol, the U.S. Marshall Service and the ATF were on hand during the incident to assist in the capture.

Montano was known to have weapons and body armor. It is unknown at this time if he was found with a weapon or armor. Montano is booked in at the Yellowstone County Detention Facility on federal charges.