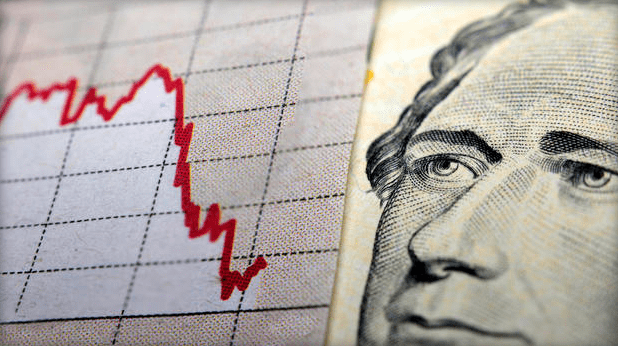 Considering that major corporations have been busy shedding workers, it follows that corporate finance leaders see a U.S. recession ahead. Evidence of a slowing economy has been popping up, including recent large-scale cuts in head count by U.S. corporations such as General Motors and Verizon.

Eighty-two percent of chief financial officers polled believe a recession will have started by the end 2020, and nearly 49 percent think the downturn will arrive sometime next year, according to the Duke University/CFO Global Business Outlook, released Wednesday.

“The end is near for the near-decade-long burst of global economic growth,” said John Graham, a finance professor at Duke’s Fuqua School of Business and director of the survey. “The U.S. outlook has declined, and moreover the outlook is even worse in many other parts of the world, which will lead to softer demand for U.S. goods.”

Worst-case projections would see capital spending drop in 2019, accompanied by flat hiring, found the survey conducted Friday of more than 500 CFOs, including 226 from North America.

CFOs were also pessimistic in other regions of the world, especially in Africa, where 97 percent said they believe their countries will be in recession no later than year-end 2019, the survey found.

“CFOs are getting ready for a recession in the next 18 months,” said Campbell Harvey, a founding director of the survey and technology innovation professor at Fuqua. “All of the ingredients are in place: a waning expansion that began in June 2009 — almost a decade ago — heightened market volatility, the impact of growth-reducing protectionism and the ominous flattening of the yield curve, which has predicted recessions accurately over the past 50 years.”

The Duke findings align with other signals indicating that some companies are girding for a slowdown. More than a half-million U.S. workers have been laid off so far this year, a 28 percent higher pace than this time last year, according to consultancy Challenger Gray & Christmas.

A gloomy forecast could also be heard in recent corporate explanations of cutbacks. GM Chairman and CEO Mary Barra said the automaker opted to close five plants and lay off tens of thousands of workers to “stay in front of market conditions.”

Others also don’t see a recession around every corner. Higher interest rates and the waning effects of this year’s corporate tax cuts have helped fuel stock-market losses and push Treasury yield curves to 11-year lows, while jobless claims have edged up amid consensus views the economy will slow next year, noted Joseph LaVorgna, chief economist for the Americas at Natixis. Still, “for now, we remain optimistic on the economy,” LaVorgna wrote in a research note Tuesday, “projecting a continuation of above-trend economic activity.”