HELENA – Helena Police have requested that a Missing and Endangered Persons Advisory be issued for two children — Alex and Kristl Kaufman — who are with their mother, Shala Hood.

A court has ordered their removal from their mother’s custody and the children believed to be in immediate or apparent danger without CPS intervention.  The children were last seen by CPS on December 21, 2018.

The three may have headed to Great Falls area although there’s no information at this time about the mode of transportation.

Anyone with information about their whereabouts is asked to contact the Helena Police Department at (406) 442-3233 or dial 911. 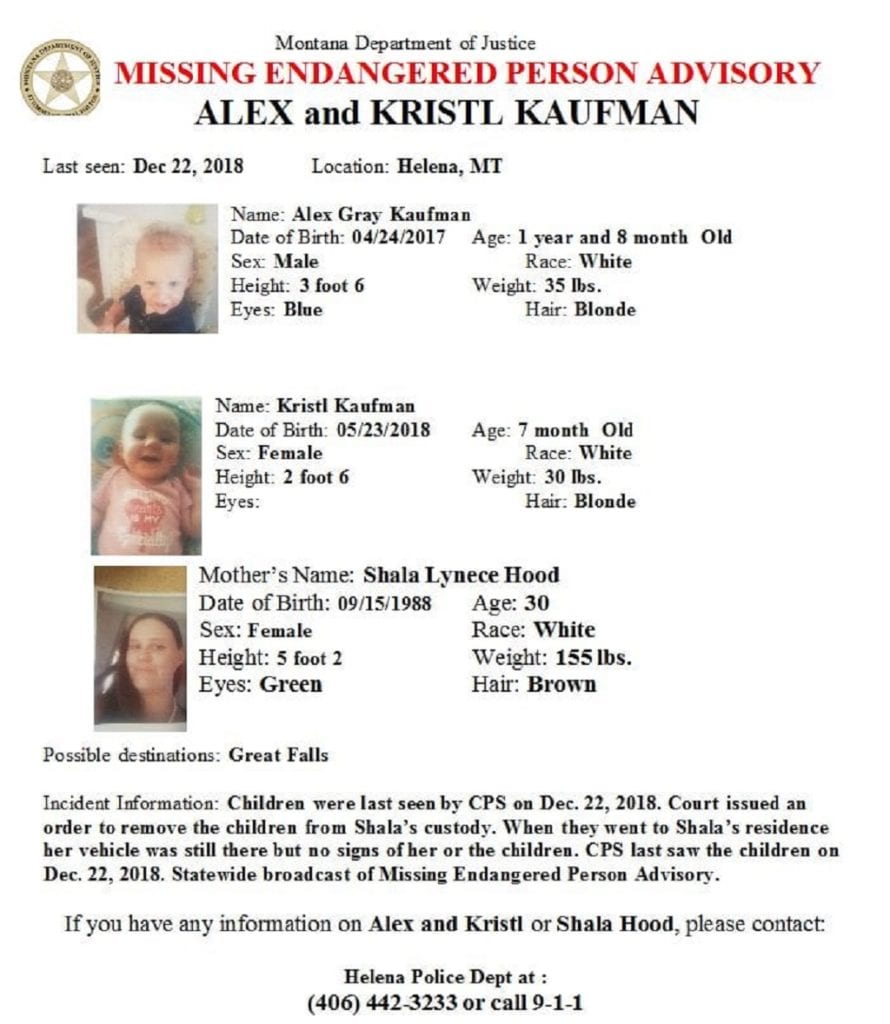