Rebuilding After the Blast: The day disaster struck

This is the second part of a four-part series marking the 10th anniversary of the worst disaster to ever strike downtown Bozeman.

At ground zero, just before the blast, one survivor, the Legion Hall Manager, actually tried to sound a warning.

Tom Jones had driven his vehicle down the alleyway when he smelled the odor of gas.

According to Len Albright of the American Legion, Jones “went downstairs and dialed 9, 1 — and as soon as he was ready to hit 1 again, kaboom!”

“We were about to order food with a friend of mine and all of a sudden it just exploded, and it shook for two seconds, and the lights went out,” said former MTN News reporter Karen Matsumoto.

Former County Commissioner Steve White said no one could comprehend the level of destruction.

That was because people all over town called to say it had happened in their neighborhood.

“Literally you could feel it under your feet,” said Indulgence owner Deidre Quinn.

When people started to see the destruction, it was overwhelming.

“And I remember when we turned left on Main Street. I remember it like it was yesterday,” Mike Hope said. “And it was surreal, to be honest with you.”

Graver Johnson with the Bozeman Fire Department agreed — “Really, umm, surreal,” he said — as did Deidre Quinn, who described the scene as “bizarre” and “apocalyptic”.

“Debris was in the air, it was falling down,” Johnson said.

Bozeman City Commissioner Jeff Krauss said the blast wave “bounced down the street and blew out the windows on opposite sides of the street as it bounced.”

“Glass was all over in the roadway,” Johnson said.

“There was something that looked like a, the world’s largest acetylene torch, just blowing blue flame out of this big pipe,” added Krauss.

Back in the Legion Hall, Tom Jones just wanted to escape.

“Crawled up the stairs. Got outside and a fireman was running down the street towards him, still putting his jacket on and he said, ‘Are you all right?’ And he said, ‘Yeah.’ And he said, ‘Get on over to the fire station’,” Len Albright said.

There were other close calls. The owner of Carter’s had just gone inside after shoveling snow. The Rocking R’s bookkeeper went to the owner’s other business that morning.

“Everyone was kind of dazed because nobody really knew what was going on,” said Johnson.

“It was definitely frightening, especially when you don’t know what’s caused it quite yet,” said MTN News anchor Donna Kelley. 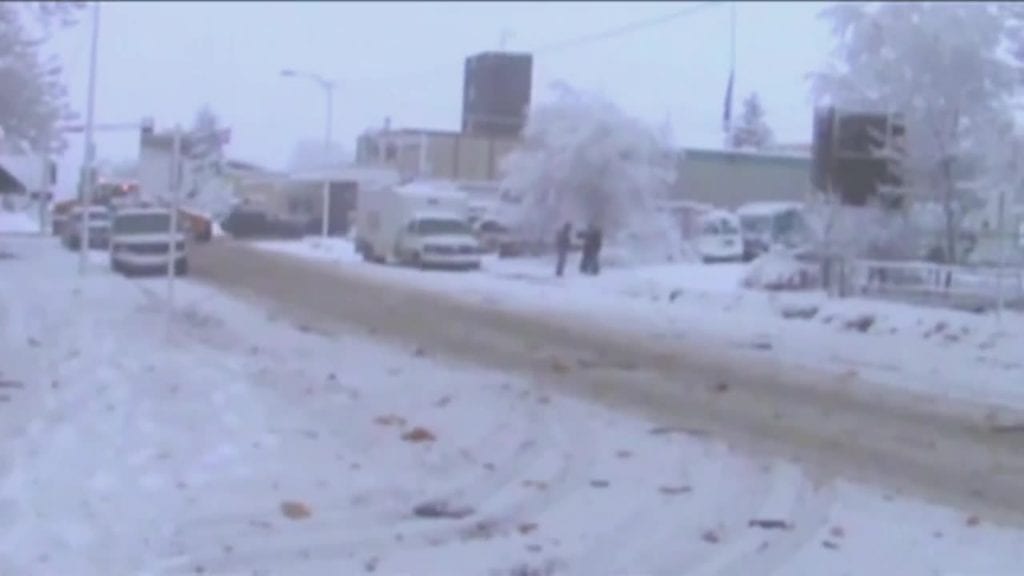 Hawthorne Elementary School was evacuated with children and staff being taken to the public library.

“I, I think the first thought was to make sure everybody was ok,” said Hope.

Added Johnson: “We didn’t know who, how many were injured, what was going on.”

“We were so worried, how many people we couldn’t get in touch with,” Krauss recalled.

“It was the time of day when there are a lot of deliveries going on in the alleys,” White said.

“I talked to numerous people that were like, ‘Yeah, I was 15 minutes late, I was 30 minutes late’,” said Chris Naumann with the Downtown Bozeman Partnership.

Initially, about 15 people were unaccounted for. Eventually, all were found safe. Except for one — Tara Bowman, who was killed in the explosion.