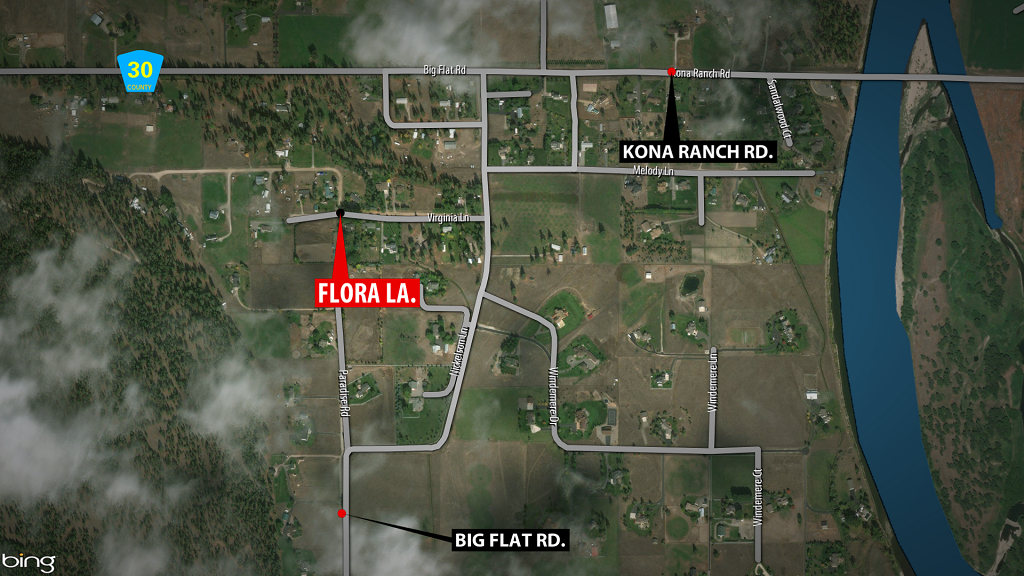 MISSOULA – Investigators are trying to determine what sparked a structure fire off of Big Flat Road in Missoula on Monday morning.

Missoula Rural Fire District Assistant Fire Chief Brent Christopherson says crews were called out shortly after 11:30 a.m. for reports of a fire in a shed, trees, and grass, only 50 feet away from a residence.

Thick black smoke from in the 12200 block of Flora Lane could be seen from a distance, by firefighters while in route to the fire, according to Christopherson.

Upon arrival firefighters found a shed, well involved with fire, with grass and trees on fire as well. The fire was very close to the residence as reported.

Christopherson says the occupant of the home was taking a nap with her little boy and one of the neighbors knocked at her door saying that her back yard was on fire and to get out of the house.

She evacuated the home and went to a safe place at a neighbor’s home. The granddaughter was house sitting for her grandparents while they are away in Spokane.

Firefighters were able to stop the fire from progressing to the main residence with aggressive firefighting and the quick response.

Several thousand gallons of water were used to suppress the fire. MRFD, the Frenchtown Rural Fire Department and the Montana Department of Natural Resources all responded to the scene.

Christopherson says MRFD fire investigators are on trying to figure out what caused the fire. No estimate has been determined, on the amount of damage done at this time.