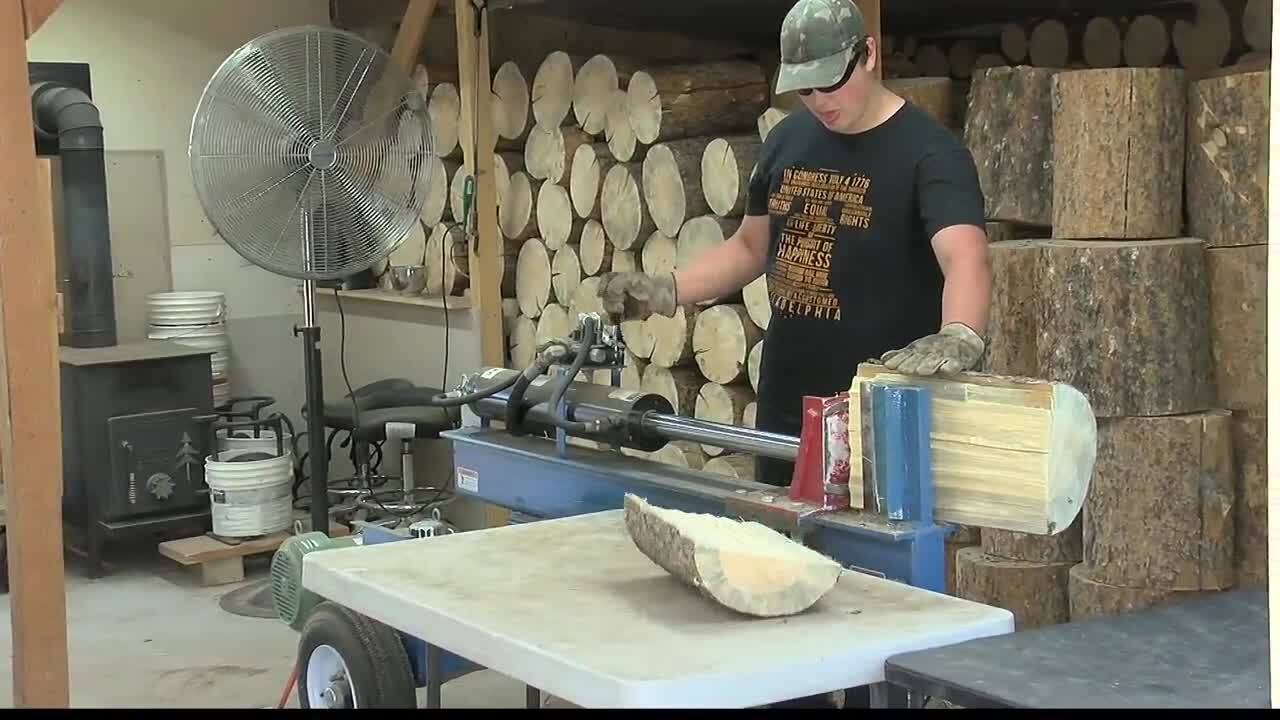 MTN News
Christopher Mosser sells firewood and kindling across Western Montana with 10% of his sales going to charities that have helped him.

STEVENSVILLE — This story is of a Bitterroot man striving to make a difference.

Christopher Mosser sells firewood and kindling across Western Montana with 10% of his sales going to charities that have helped him. Now, he wants to start hiring more people with special needs.

Christopher started Bubba’s Bundles business in 2017 and his dad, Gary, says his son has always loved working with machines.

Christopher was diagnosed with autism when he was just three years old.

“When Christopher was diagnosed, it was really a kick in the gut for my wife and I. We didn’t know anything about autism, we didn’t know what that meant for Chirstopher’s life long-term,” Gary said.

They worked with the Child Development Center in Missoula, and Gary attributes much of their success to that intervention.

Bubba’s Bundles receives support from all over Montana and the business has grown from making a few thousand dollars annually to $22,000.

They now sell in 19 locations from Hamilton to Polson, and Mosser says the increase in sales brings more opportunity.

Cory Burkhardt, the manager at the Super One in Stevensville, says he’s worked with Bubba’s Bundles for a few years.

“It’s great to see Bubba come in and deliver firewood. We move a lot of product with them, he’s always very friendly, and they’re great to work with,” Burkhardt said.

The Mosser’s main goal is to employ people with special needs, and eventually make enough for Christopher to become financially independent.

“As a father, I’m happy that he has a purpose. That when he gets up in the morning, that he’s got something to do, things to get accomplished, and that he’s proud of it,"” Gary said.

Bubba’s Bundles has donated almost $8,000 to the Child Development Center and Vocational Rehabilitation.

Christopher also makes monthly donations to various charities like Birthright of the Bitterroot and Feed the Children.