Coronavirus death toll in the US passes 2,000 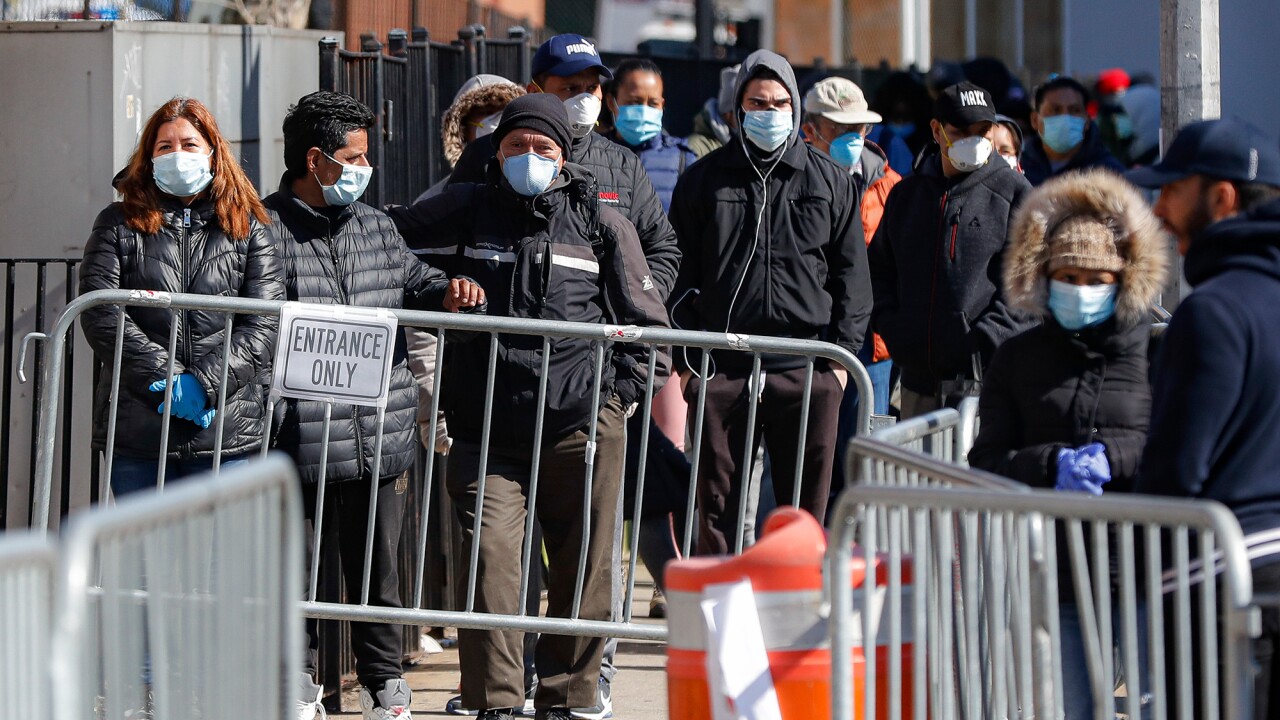 The death toll from the novel coronavirus in the United States topped 2,000 on Saturday evening, as President Trump said that parts of New York, New Jersey and Connecticut could be put under a short-term quarantine.

President Trump said he was still considering a two-week quarantine Saturday afternoon, tweeting, "A decision will be made, one way or another, shortly."

Tracking coronavirus cases in the US

More than 52,000 of the country's cases are in New York state alone.

It was unclear what a quarantine of the tri-state area would entail, though Trump said it would be "enforceable" and restrict travel from the areas in question.

Trump's announcement came just as New York Gov. Andrew Cuomo was addressing his state in a news conference, where Cuomo said he spoke with the President Saturday morning.

When asked about the President's comments, Cuomo said a quarantine had not been a topic of discussion.

In an interview with CNN's Ana Cabrera Saturday evening, Cuomo likened the tactic to a "federal declaration of war."

At that point, Cuomo had still not spoken with the President about the idea. Neither the governors of Connecticut nor New Jersey have heard from the president about a possible quarantine either, they said.

Developments from around the country

• An infant dies in Illinois: State health officials reported the death of an infant under the age of one who had tested positive for the coronavirus -- believed to be the youngest person to have died with the virus in the United States. Illinois Department of Public Health Director Dr. Ngozi Ezike said a "full investigation is underway to determine the cause of death."

• Trump approved four more emergency hospitals in New York: The facilities will be in Brooklyn, Queens, Staten Island and the Bronx, Cuomo announced Saturday, and provide 4,000 beds. Additionally, a temporary overflow hospital with 1,000 beds will open at Manhattan's Javits Convention Center on Monday, the governor said. The USNS Comfort is set to arrive in New York City the same day, providing another 1,000 beds.

State officials believe the state will need 140,000 beds when it reaches the apex of the pandemic in an estimated 14 to 21 days, Cuomo said

• At least 215,000,000 Americans urged to stay home: Millions of Americans are under various stay at home or shelter in place orders as of Saturday evening, according to a CNN count based on census data.

• A 15-minute test is approved: On Friday, the FDA approved a coronavirus test that can provide results in less than 15 minutes, using the same technology that powers some rapid flu tests.

Pandemic will hit these states hard, top US doctor says

New hot spots have emerged across the country as case numbers escalate, including Detroit, Chicago and New Orleans, US Surgeon General Dr. Jerome Adams told "CBS This Morning" on Friday.

In Chicago, hospitals and health officials have begun preparing for a surge in patients after Mayor Lori Lightfoot said the city could see more than 40,000 hospitalizations in the next week, CNN affiliate WLS reported.

One registered ICU nurse with University of Chicago Medicine, who asked not to be named for fear of reprisal, told CNN that she's afraid of what the ICU will look like in another week as cases rise.

"The number of Covid patients we are getting is rapidly increasing every day," she said, "and all of us collectively worry about what will happen as it gets worse if this is where we are starting."

University of Chicago Medicine officials did not immediately respond to CNN's request for comment.

In Louisiana, where deaths surged by more than 40% in a single day this week and continue to jump daily, hospitals are already working under stress.

Some ICU rooms had paper bags by the door that staff members used to store their N95 masks as they went in and out, one hospital employee told CNN. They have to reuse the masks, which are supposed to be disposable, until they are soiled.

New Orleans, already the epicenter in the state's cases, is also short on ventilators and equipment.

"This is going to be the disaster that defines our generation," said Collin Arnold, director of the city's Office of Homeland Security and Emergency Preparedness.

In Los Angeles County, cases more than tripled in six days, and one official says numbers will keep going up. Health Director Barbara Ferrer says she expects to see case counts in Los Angeles double every four days for the next two to three weeks.

"No matter where you are, this is coming to you," Los Angeles Mayor Eric Garcetti said Thursday. "Take all the measures you can now to make sure people are home."

More than 225 million Americans as of Monday will be under orders to stay inside to help combat the virus.

To support a struggling economy, as thousands of businesses have shut down amid the outbreak and workers are staying home, President Donald Trump on Friday signed the largest emergency aid package in the country's history.

Some of its key elements include sending checks directly to individuals and families, a major expansion of unemployment benefits, money for hard-hit hospitals and health care providers, financial assistance for small businesses and $500 billion in loans for distressed companies.

State leaders have also urged him to respond to a looming shortage of medical supplies. The administration will facilitate the production or acquisition of "100,000 additional units" of ventilators through other means over a 100-day period, Trump said.

"We are manufacturing a lot of them (ventilators) now, we are accumulating a lot. We are taking a lot through the act," Trump said, referring to the Defense Production Act, which he invoked Friday.

"Maybe we won't even need the full activation," he said. "We will find out, but we need the ventilators."