Deberry is wanted by the Montana Violent Offender Task Force on felony warrants for sexual assault of a minor and assault on a peace officer.

Deberry, 24, has a previous felony conviction for assault on a peace officer in Cascade County.

Deberry is described as a Native American male who is 5’7″ tall, weighs 165 pounds and has brown hair and hazel eyes.

Anyone with information about Deberry is asked to call the U.S> Marshals Service at (406) 247-7030 or your local law enforcement agency. 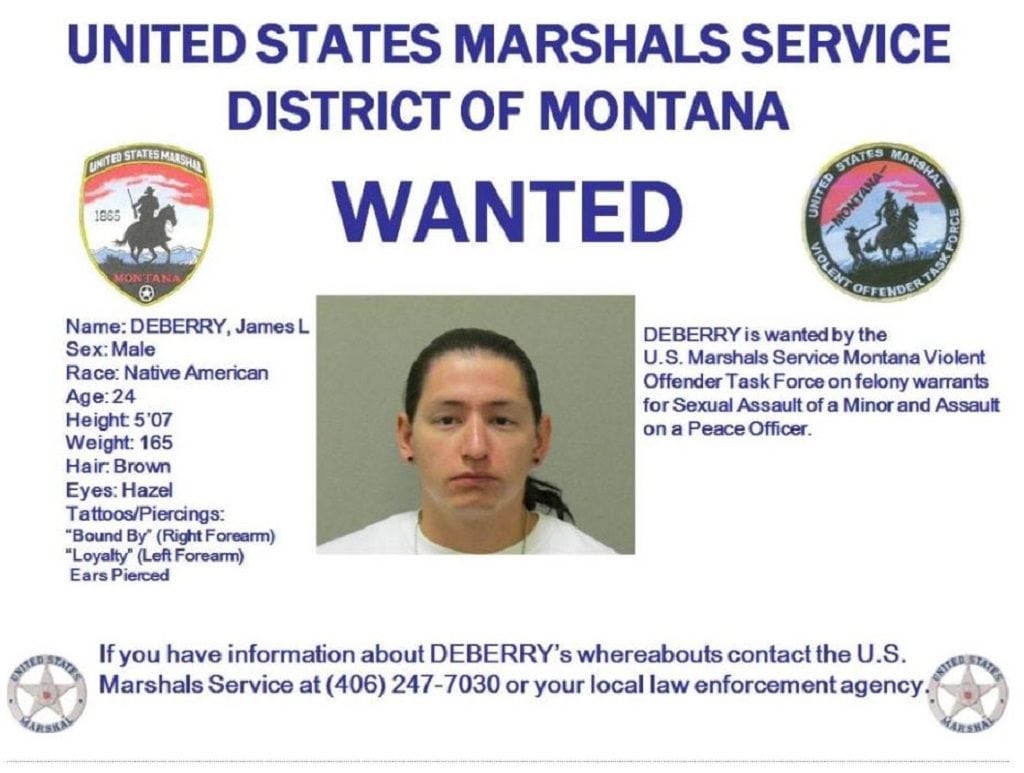