Ronan shooting victim to survive; suspect still on the run

RONAN – Ronan Police reported on Thursday at around 4:30 p.m. that officers were advised of an individual seeking treatment at St. Luke’s Hospital for a gunshot wound.

Responding officers determined that the 25-year-old shooting victim, who is currently in stable condition with non-life threatening injuries, had been shot at a residence in the 300 block of 12th Ave NW in Ronan.

Initial investigations showed that the shooting suspect is a 16-year-old. A 33-year-old male is also being sought as a person of interest in the investigation. Names are not being released at this time pending further investigation.

Ronan officials were able to locate the suspect vehicle used during the incident and interviewed the occupants. Based on information obtained during interviews, officers followed leads of possible locations of the suspect. Searches of the locations were performed and additional information was gathered.

Despite efforts by the Ronan Police Department with the assistance of the Lake County Sheriff’s Office, CSKT Tribal Law and Order, Montana Highway Patrol and the St. Ignatius Police Department, the suspect has not been apprehended.

At this time the Ronan Police Department is working with the Lake County Attorney’s Office to obtain arrest warrants. 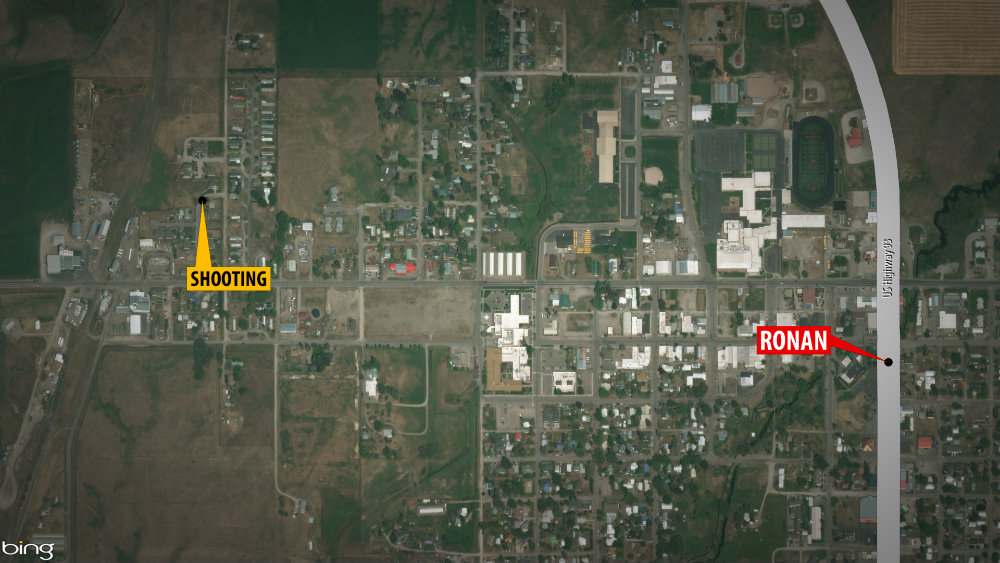