BILLINGS – A 28-year-old Billings man has been charged in the death of a Montana Department of Transportation road worker after an Oct. 24 collision where the victim was struck and killed by a flatbed pickup.

The crash happened at the I-90 off-ramp on South Billings Boulevard at exit 447 at approximately 3:30 p.m. 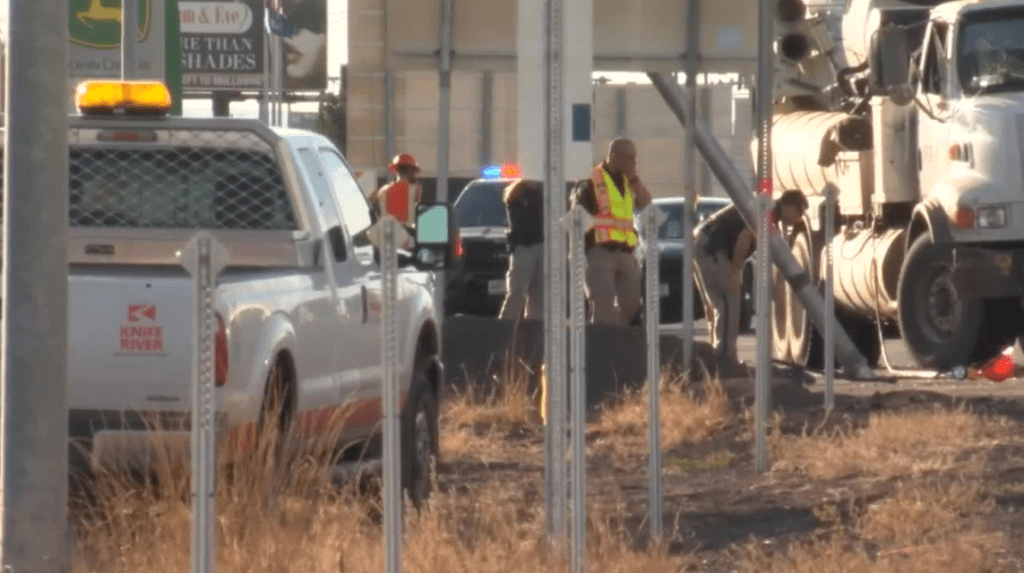 Jeff Dykeman, 52, was working the area with other construction workers on a road project at the time of the crash.

He was struck and pinned by the flatbed truck and died at the scene.

According to court documents, Anderson was driving under the influence of Difluoroethane at the time of the crash. Prosecutors say Anderson was severely impaired after ingesting or inhaling the substance.

Anderson voluntarily submitted a blood draw which was analyzed by the Montana State Crime Lab.

Court documents also say during the execution of a search warrant a can of Dust-Off,  a dust cleaner that uses compressed gas, with a top detached was located in Anderson’s truck. The product contains Difluoroethane, a chemical known to cause a high if inhaled.

Anderson told police he blacked out because there was a time he couldn’t remember the crash happening. He also told police his vehicle was working fine and he didn’t have a flat tire.

Anderson said he was not using his cell phone and didn’t consume alcohol that day and did not engage in recreational drug use.

Bond has been set at $100,000. According to the Yellowstone County detention center jail roster, Anderson was booked into jail Friday.