BILLINGS- It was a monumental day in Washington, D.C. for a Montana man as the U.S. Supreme Court heard oral arguments on tribal treaty law.

The hearing was a first for Clayvin Herrera, a Crow man named in the case, but not a first for tribes across the nation on the issue of whether historic treaty rights hold up in the modern day.

Herrera was cited for hunting elk in the Big Horn National Forest in Wyoming, without a license and out of season, several years ago.

He appeared with members of the Montana ACLU on Tuesday as the hearing got underway in the nation’s capital. 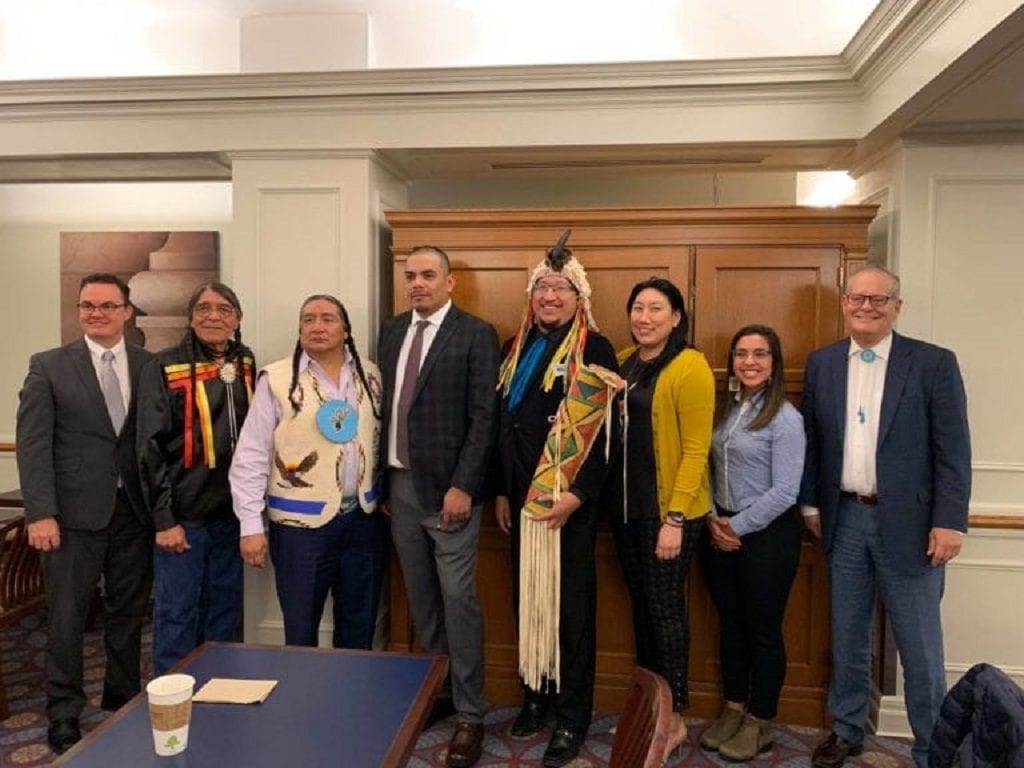 Justices asked questions to each side, concerning previous cases on tribal agreements and hunting rights such as the Shoshone-Bannack agreement of 1868.

Attorneys representing the state of Wyoming also tackled the issue of occupied land and if the establishment of the Bighorn National Forest changes that classification.

Those with the Montana ACLU sat in on Tuesday’s hearing in support of Herrera and said justices seemed skeptical of Wyoming’s arguments that statehood terminated the Crow’s treaty rights to hunt and fish.

“Justice Roberts, in particular, seemed interested in holding the parties accountable for the provisions that they negotiated in 1868,” said Lillian Alvernaz, ACLU of Montana.

However, newly appointed Justice Brett Kavanaugh asked those representing Herrera why that treaty should be interpreted any different than cases involving treaty law that have come before.

“It is our hope that the Supreme Court’s ruling will uphold the supreme law of the land,” said Alvernaz.

A decision is set to happen in the late spring or early summer of 2019. You can read all of the arguments here.