MISSOULA – Authorities are looking for a man who walked away from the Missoula Pre Release Center on Thursday evening.

Authorities say Douglas Bearchild, walked away from the designated smoking area on at approximately 7:50 p.m.

Bearchild, 30, is a Native American male who is 5’10” tall, weighs and 170 pounds and has a medium build. He has black hair and brown eyes.

He has a pierced left ear, two scars on his chest, and a scar on his right forearm.  Bearchild was last seen wearing a cap with yellow letters spelling “Nirvana”, a black hoodie and dark pants.

Bearchild has a felony conviction out of Cascade County and is serving on a 10-year sentence with five years suspended for Assault with a Weapon.

Anyone with information about Bearchild’s whereabouts is asked to contact local law enforcement. 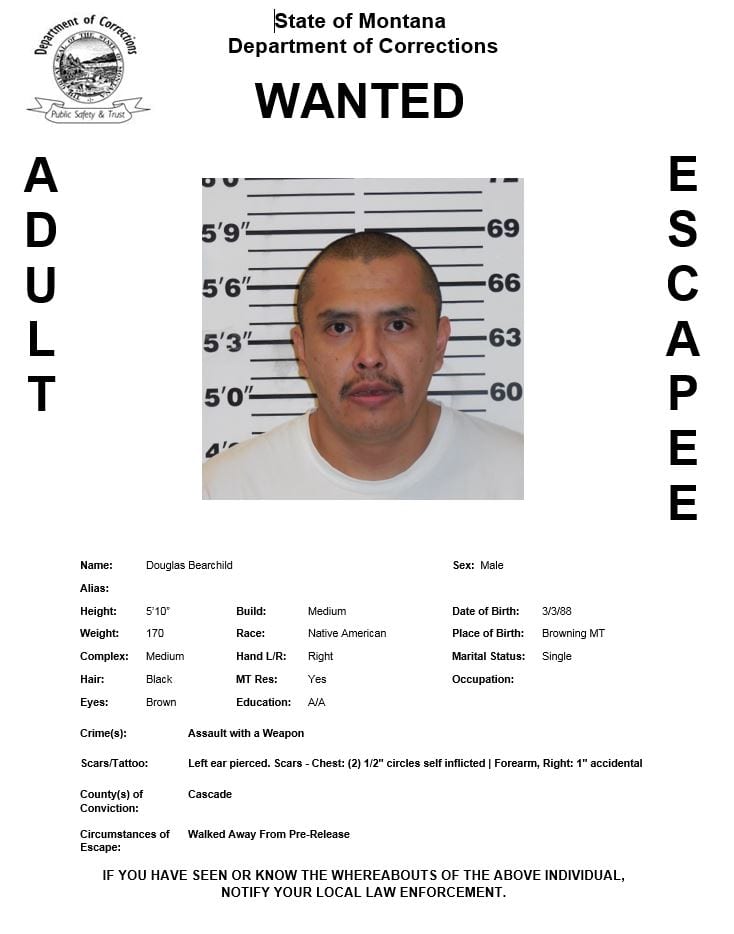