Man who poached bull elk sentenced to jail, banned from hunting for 25 years 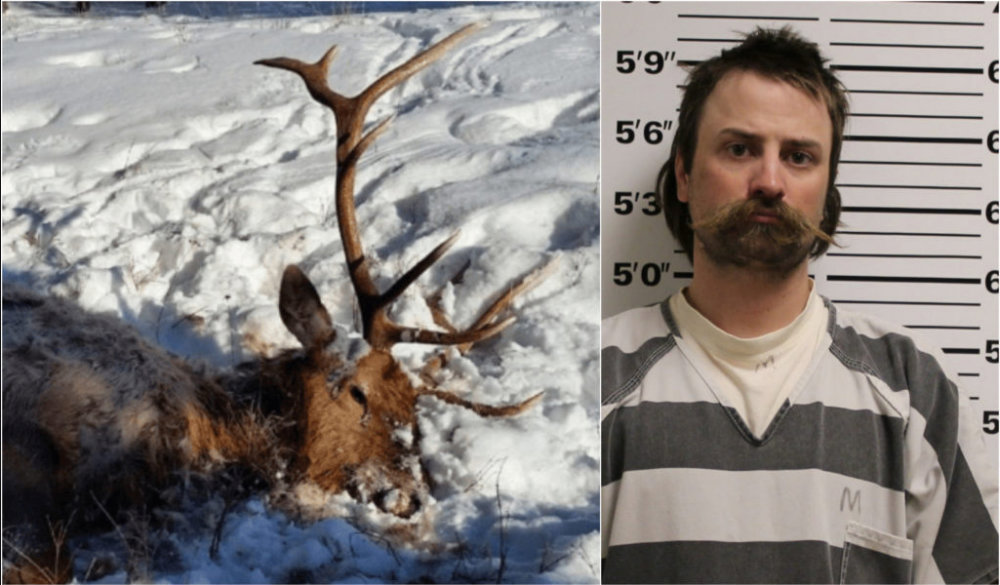 He was sentenced April 3 in Blaine County Justice Court to about three years in prison with all but six months suspended. He was also banned from hunting, fishing and trapping for 25 years, according to court documents.

Overcast was sentenced on seven charges for waste of a game animal, game fish, or game bird (two counts), hunting or fishing during closed season (two counts), failure to obtain landowner permission for hunting, unlawful hunting from public highway, and hunting from a motor vehicle.

For the first two counts, Overcast was ordered to pay Montana Fish, Wildlife and Parks a total of $9,000 in restitution.

Wardens responded to the area and located a seven-by-seven bull elk. Another dead six-by-six bull elk was then found nearby. After further investigation, wardens determined both elk were shot and left to waste on the hillside.

The elk were believed to have been shot anywhere from Sunday, Feb. 11 to Wednesday, Feb. 13.

FWP requested the public’s help and later identified Overcast as a suspect in late February.

Overcast pleaded guilty to all charges on March 7 after waiving his right to counsel.

He is serving his jail sentence at the Valley County Detention Center with an option of going to treatment after serving at least 30 days.