MISSOULA – The Missoula County Sheriff’s Office is opening up some of their cold case files now that they have some new technology and fresh set of experienced investigators taking a look.

The first one in their sights is the 1991 murder of Iva LaRue and Kenneth Cheetham near Lake Inez in the Swan Valley. 28 years later the killings remain unsolved but now the sheriff’s office is reopening the case and hoping that new technology can help solve it.

“Technology not available at the time has allowed us to develop new investigative leads of interest.  As many of you have likely seen in the media lately, advancements in fields such as genealogy and DNA analysis has lead to resolution in many other cold cases,” McDermot said.

The Sheriff’s Office hopes that new technology can help solve these cold cases, but they also now have experienced investigators in Parker and Lane to assist detectives.

“Most of my investigative experience is related to transnational organized crime, kind of general investigative aspects and capabilities and i think my role in helping out on this is more on the technical side.” 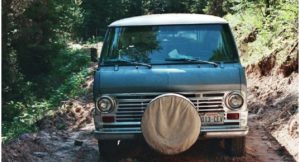 They are particularly valuable assets for the sheriff’s office to have and their efforts come on a volunteer basis.

“Why we volunteered? We had time on our hands and investigative experience and we were aware that all of the detectives are so busy working on current cases and it’s really hard to find time to work these old cases,” Parker added.

Both have a great deal of experience on cold case files, which they hope to use to find new leads in the investigation

“I think it helps again having different perspectives, not even just fresh eyes but having knowledge about what has worked in previous cases that perhaps wasn’t available at the time. So we have been able to look through and come up with a task list of things we would like to do. Just little tiny things, but like I said, just pulling each little thread,” Lane said.

Both of the victims bodies were found two miles south of where the van was parked and officials say that the van could have been moved by someone not involved in the murders.