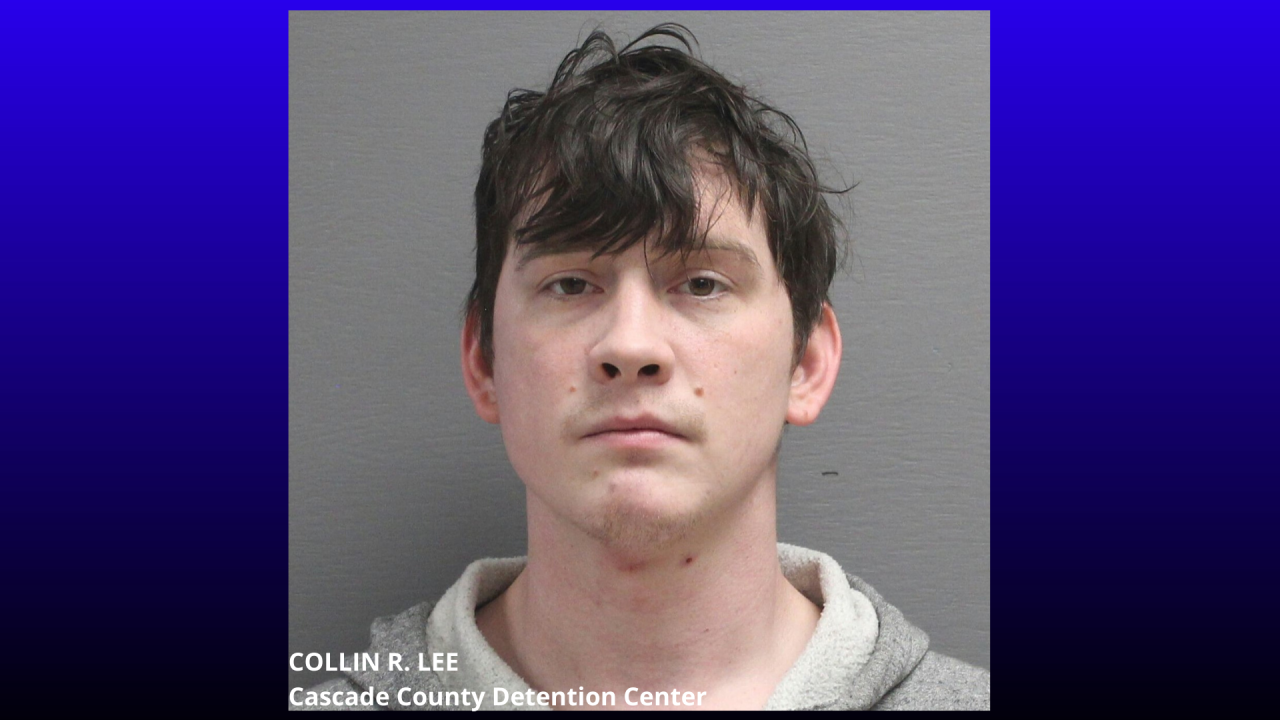 On the afternoon of Friday, February 7th, officers were dispatched to a residence on 6th Avenue North for a possible hostage situation involving a child.

According to the Great Falls Police Department, Lee showed up at his ex-partner's house wanting to see their child outside of his arranged time. When officers arrived, Lee reportedly left to get a copy of the parenting plan.

Officers later found that Lee allegedly went to the daycare facility and picked up their 2-year-old child from the daycare.

Based on earlier threats and concerns for the child’s safety, officers responded to Lee’s residence on 6th Avenue North.

Officers initially made contact with Lee over the phone and Lee came outside to speak with an officer.

As he came outside, he noticed several other officers nearby, who had been dispatched to the scene due to reports that Lee may have been armed. When he saw the officers, according to court documents, Lee ran back into the residence, saying that he did not want guns pointed at him. He again talked via phone to an officer, and eventually came back outside, but ran inside again, failing to comply with officers' commands and securing the dead-bolt on the door.

An officer than "shoulder-checked" the door and forced it open; court documents say that Lee appeared "that he was possibly preparing to fight" and continued to be non-compliant. An officer then took Lee to the ground, and Lee continued to resist until officers threatened to use a Taser. He was then taken into custody.

The stand-off at the residence lasted about one hour and 20 minutes.

The child was found inside sleeping and was later returned to the mother after conferring with the Department of Family Services.

Lee has been charged with felony parental interference, misdemeanor resisting arrest, and misdemeanor obstruction of a peace officer.