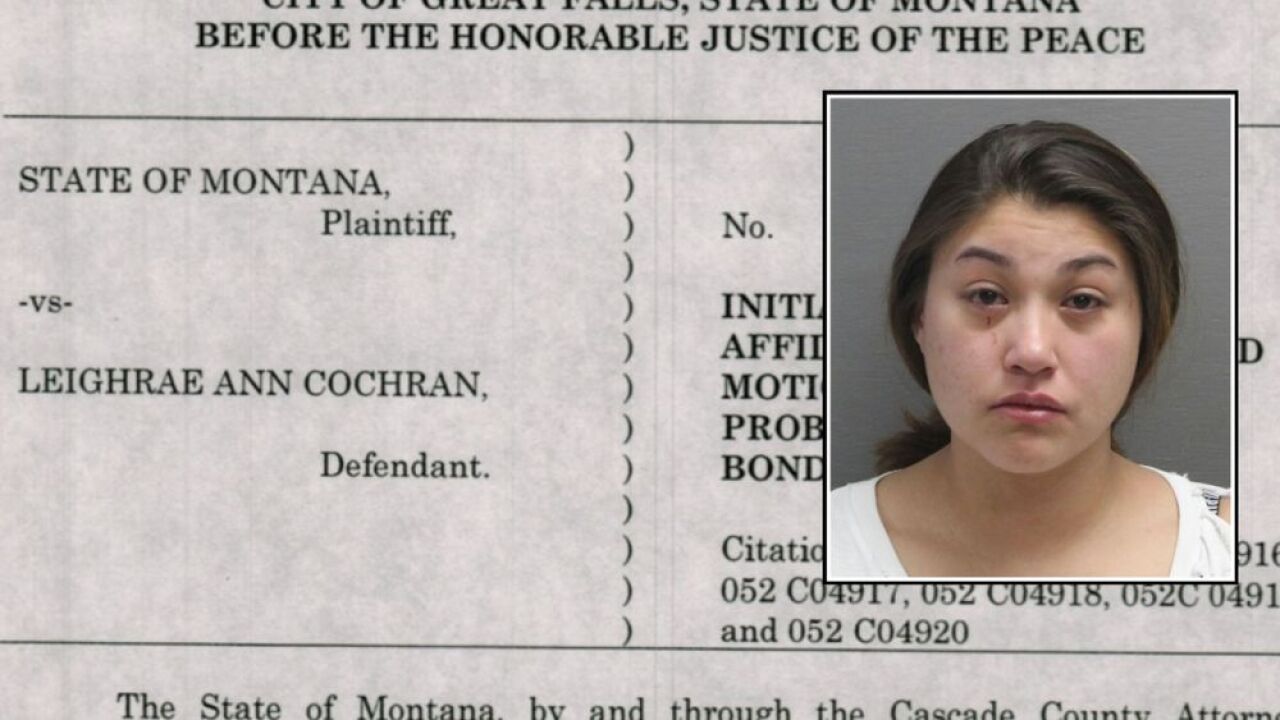 Leighrae Ann Cochran has been charged after she allegedly was caught driving while under the influence of alcohol with children in her vehicle.

Court documents say that on Friday, March 6, police were alerted that a woman - later identified as Cochran - was driving a white Suburban with several children and was intoxicated.

An officer saw the vehicle near Chowen Springs Loops and Valeria Way and initiated a traffic stop. The court documents state: "He had to position his car in front of hers (to) keep her from fleeing. As he exited his patrol vehicle, she started to try to drive around his patrol vehicle."

The court documents say that the officer then pointed his duty pistol at Cochran to prevent her from driving away.

Officers then discovered that there were six juveniles in the car, ranging in age from three years old to 14 years old.

When questioned, Cochran reportedly told the officer that had two "tall boy" Twisted Teas within the last hour, prior to driving. Officers noted that she smelled of alcohol and had bloodshot, glassy eyes.

Cochran refused to provide a breath or blood sample at the scene; officers received a blood search warrant, and Cochran's blood was drawn at Benefis Health System; the results of the blood draw are not included in the court documents.

The court documents note that Cochran has one DUI conviction.

For this incident, Cochran has been charged with DUI (2nd, misdemeanor), and five felony counts of criminal child endangerment.

NOTE: The information is from court documents and/or publicly-available information filed in the case, and do not necessarily provide all of the information relevant to the case. Defendants are considered legally innocent until proven guilty in court.