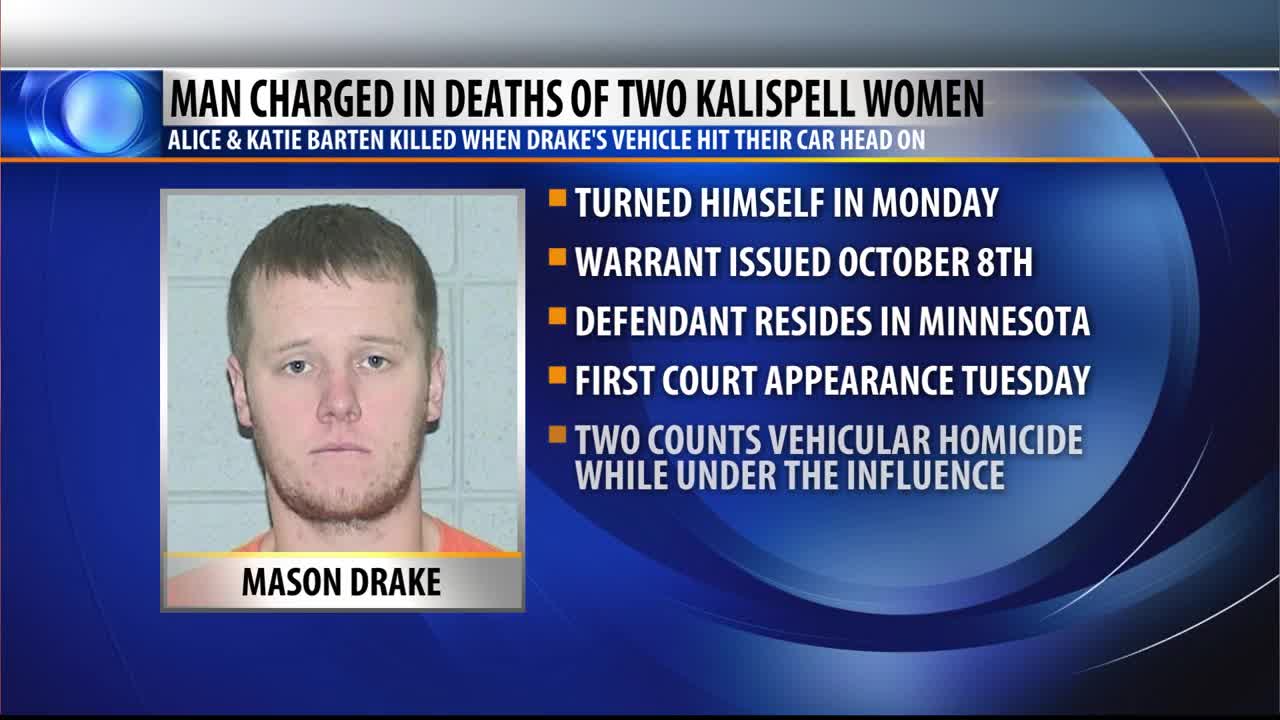 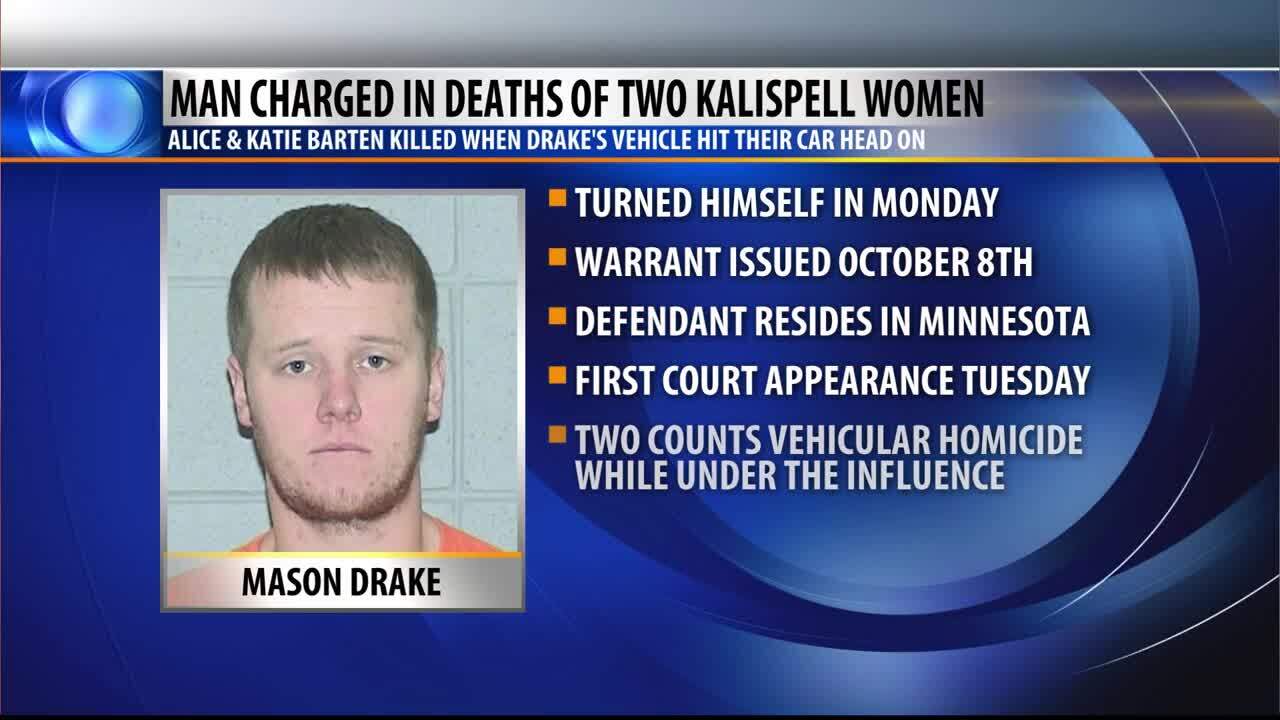 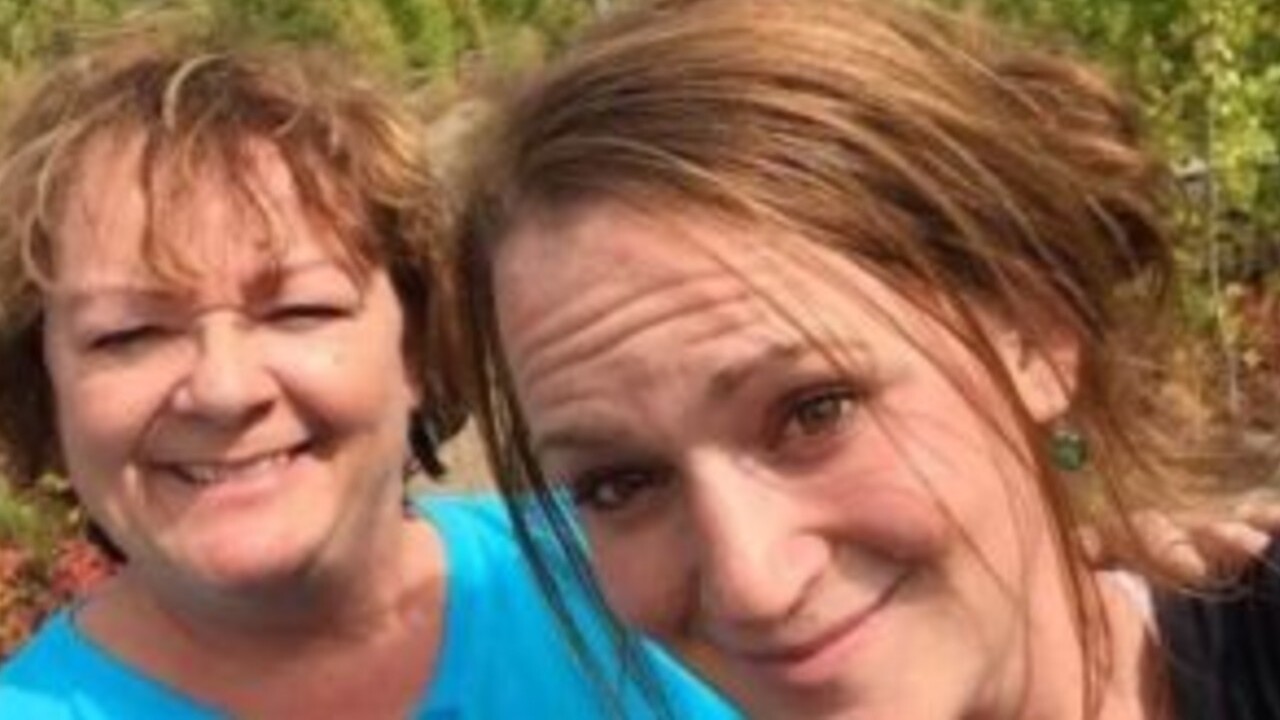 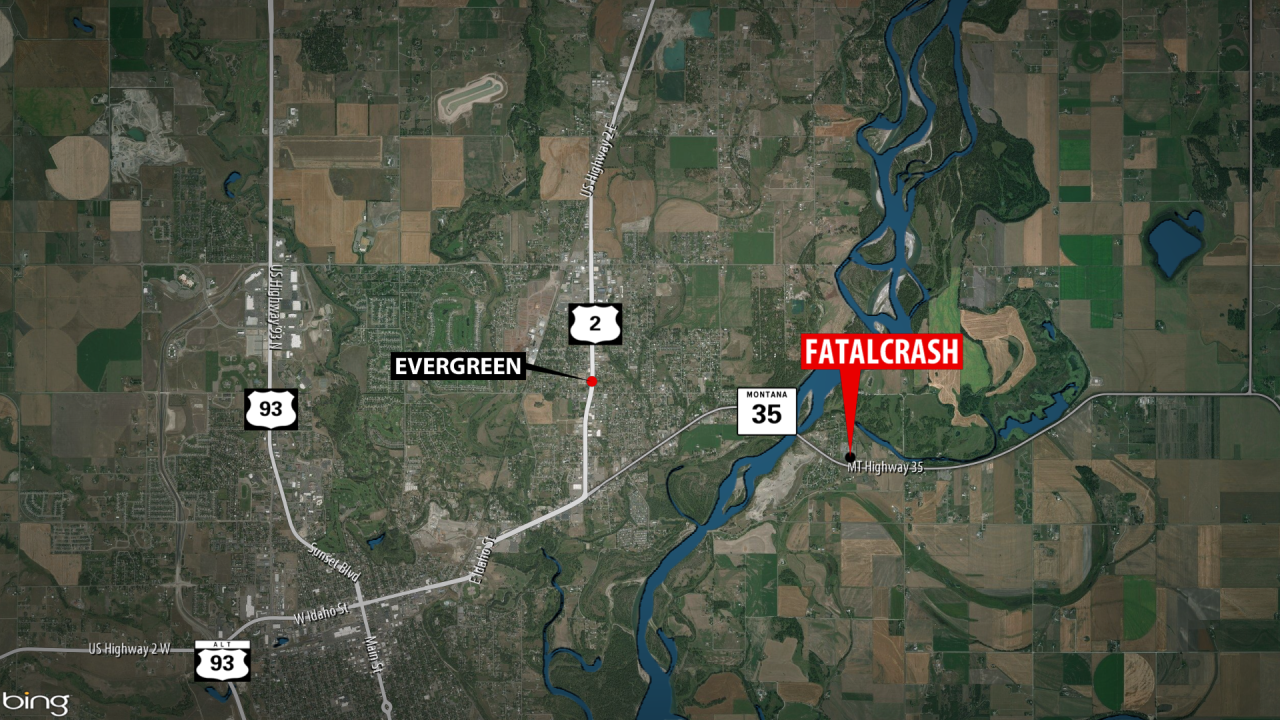 A Minnesota man who is accused of killing a mother and daughter from Kalispell in a July 4, 2019 crash in Flathead County is now behind bars.

Flathead County Sheriff Brian Heino says Mason David Drake turned himself in Monday morning and is being held in the Flathead County jail on $500,000 bond.

Court documents obtained from Flathead County District Court show a warrant for arrest was issued for Drake on Oct. 8.

The accident happened just before 12 p.m. on July 4th on Montana Highway 35 near Hooper’s Garden Center, northeast of Kalispell.

The Montana Highway Patrol reported at that time a Chevy Silverado traveling north driven by a 23-year-old man from Lanesboro, Minnesota crossed over into the southbound lane and hit a Ford Ranger head-on.

The two women in the Ford pick-up truck -- Alice Barten and Katie Barten -- died at the scene.

Court documents state that emergency personnel reported an overwhelming odor of an alcoholic beverage emanated from Drake, who was taken to Kalispell Regional Medical Center.

The Montana Highway Patrol obtained a blood sample at the hospital which was then sent to the Montana State Crime Lab in Missoula for analysis. Testing at the crime lab indicated that Drake’s blood alcohol content was .136 gm/100mL.

Drake is being charged with two counts of vehicular homicide while under the influence and will make his initial court appearance Tuesday afternoon.