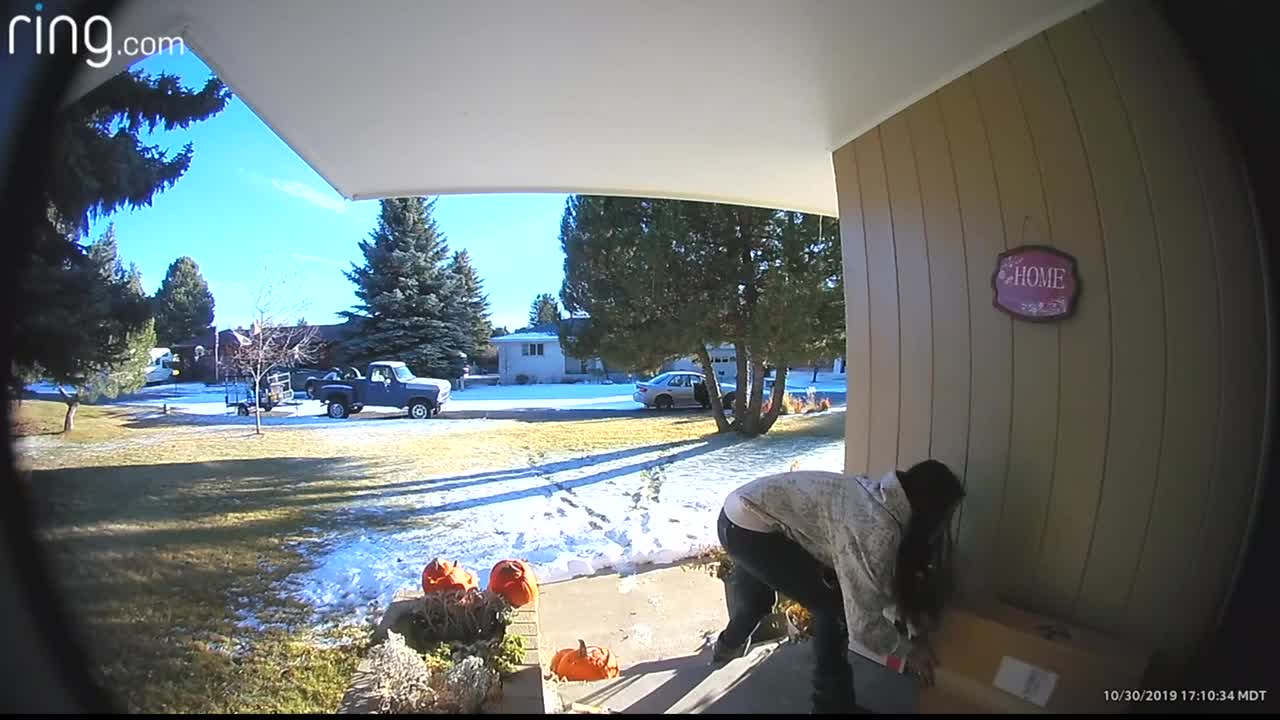 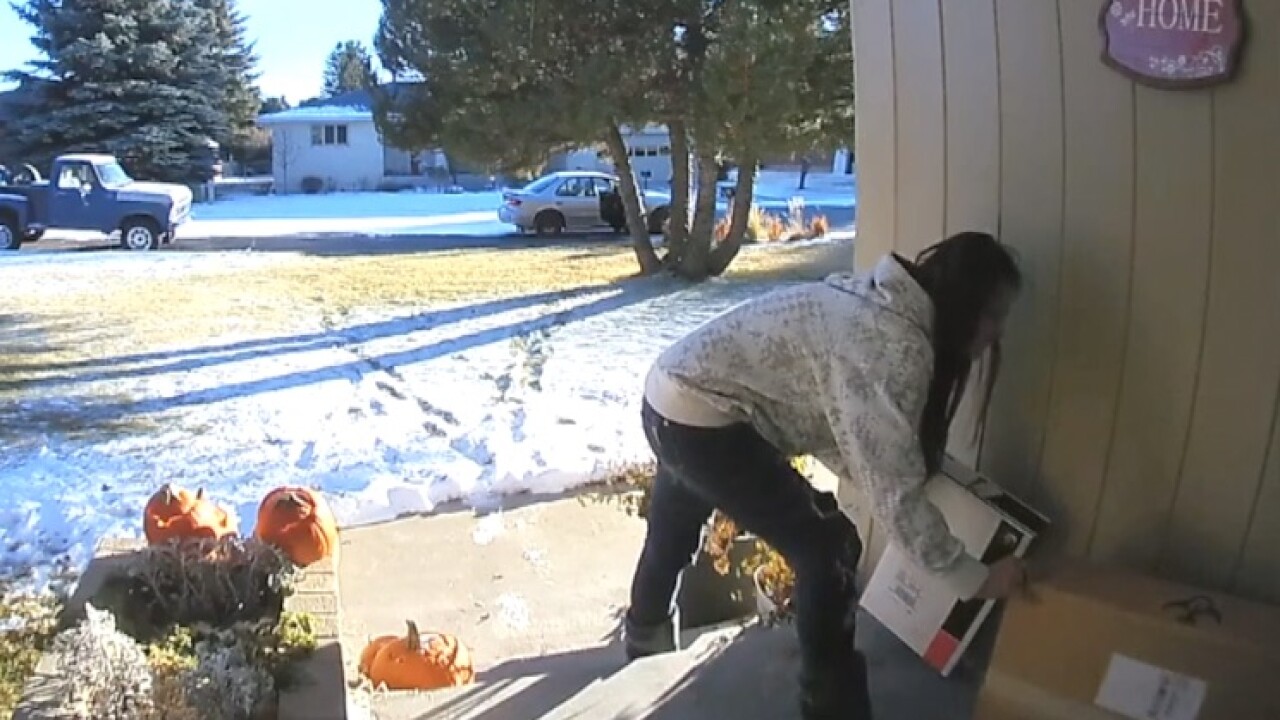 We’ve all heard of the Grinch Who Stole Christmas, but in Butte there’s a case of a Grinch who tried to steal Halloween.

The incident occurred at a residence when security video recorded a woman stealing packages from the front porch of the residence. The victim told MTN News one of the packages contained her 6-year-old’s Halloween costume.

Police are looking for a man and a woman in a silver Chevy Cavalier with temporary tags.

“I believe the male was wearing a yellow sweatshirt of some sort and the male will stay in the car while the female walks to the porch and steals the items from the porch,” said Butte Silver Bow Undersheriff George Skuletich.

Fortunately, the mother says she had a backup costume for her child, but police said there were at least three of four other porch thefts that afternoon.

“And this time of year, it happens more because people are starting to get packages for the Christmas season and stuff like that. So, hopefully we can catch them sooner than later,” said Skuletich.

Police say if you’re going to be away from home and expecting a package to have somebody look out for it for you. Anyone with information about the theft is asked to call the Butte Police Department at (406) 497-1120.