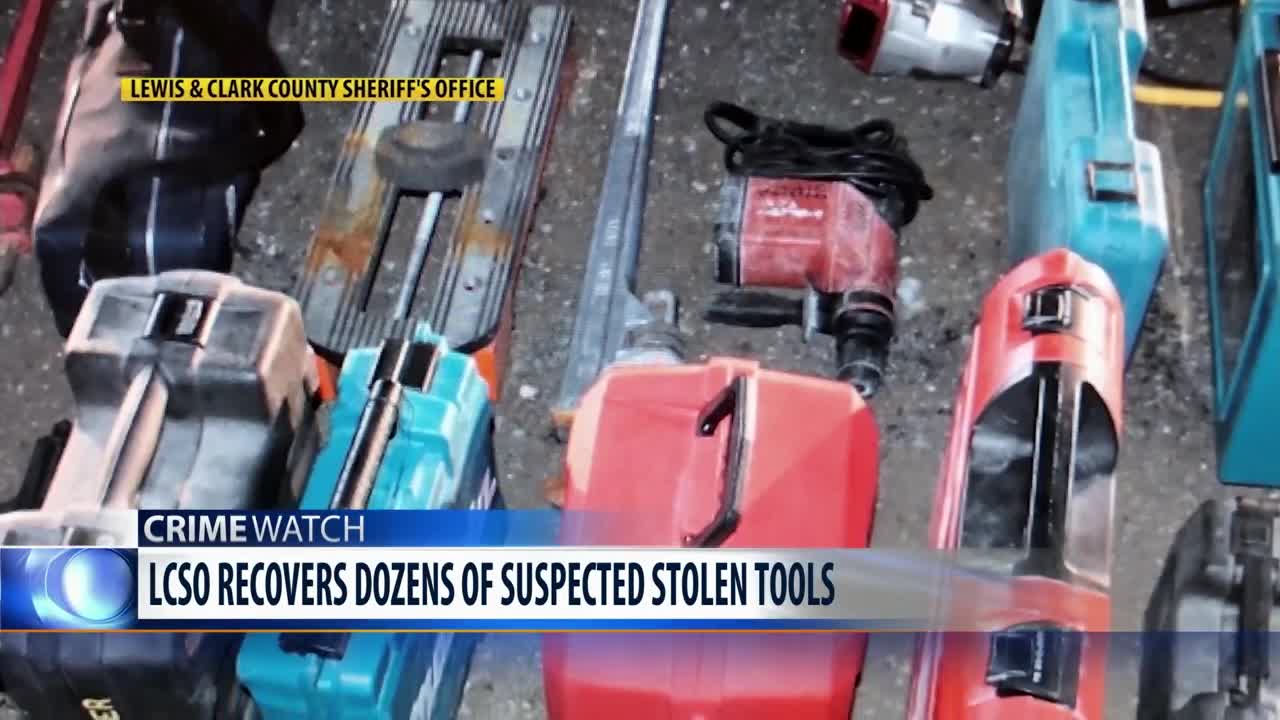 Thousands of dollars worth of stolen tools recovered in Lewis &amp; Clark County 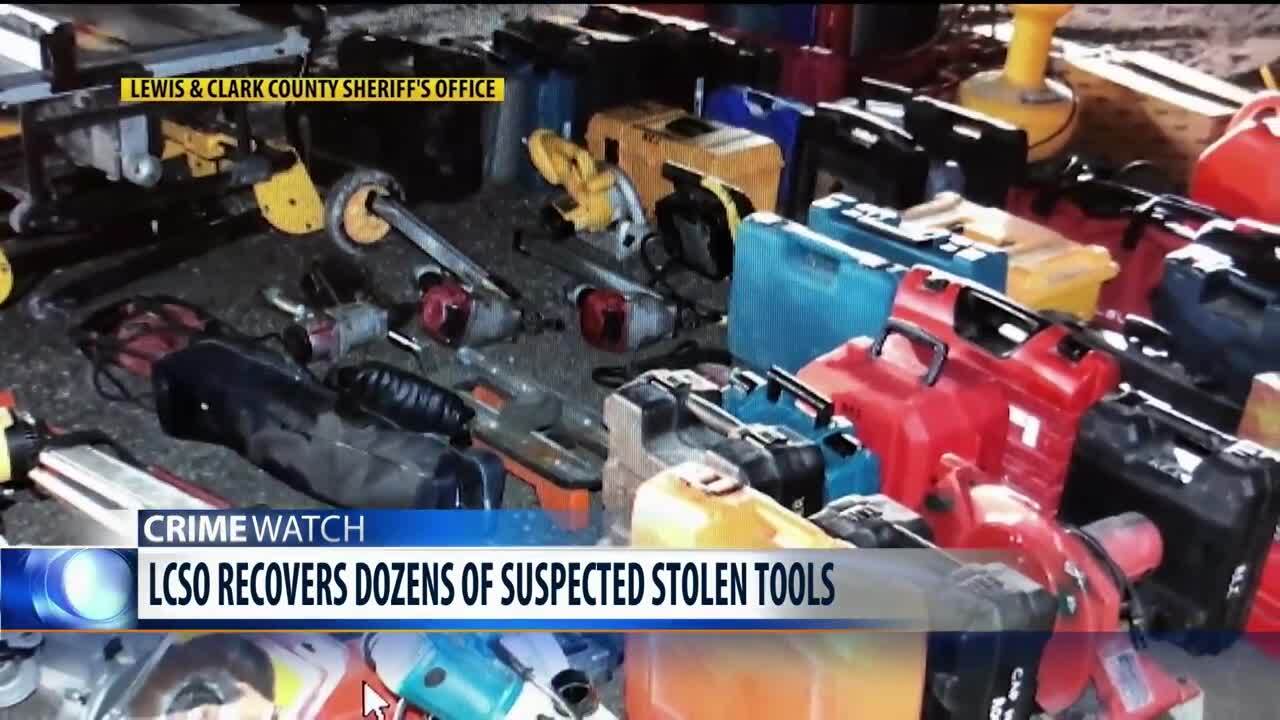 HELENA - The Lewis & Clark County Sheriff’s Office (LCSO) has recovered tens of thousands of dollars worth of tools that have been from construction sites in recent months.

The first reports of stolen tools came in around Christmas by a contractor.

Sgt. Chris Weiss was able to locate some of the stolen items a few weeks later through Leads Online, a web-based service operated by pawn shops that helps law enforcement nationwide locate stolen items that were pawned.

“Around the first week of January, I came across some tools on Leads Online that matched the description of the victims' tools,” said Weiss.

He found the person trying to sell the stolen tools, which then led him to another suspect. With search warrants, Weiss was then able to track the location of the tool cache through directions that were on a cell phone.

Deputies found the tools packed into a storage unit.

"As soon as we opened the door, it was probably 90% full of tools,” said Weiss. “It was around a 10-foot wide by 20-foot in depth storage shed that was full -- from the floor to middle height -- with tools.

Deputies found the tools from numerous cases across the county, with each victim estimated to have lost at least $10,000

“These are contractors, this is their livelihood,” said Weiss. “This is what they do to make their income. So when they lose everything they have to go seek insurance, or if they don’t have insurance they have to seek it on their own to replace these tools.”

The tools are still in the custody of the Sheriff's Office while the case is open, but Weiss looks forward to getting them back to their owners as soon as possible.

“Every year we suffer break-ins to local business,” said Sheriff Leo Dutton. “The businesses, or construction companies, operate in a narrow profit margin.“

The sheriff praised Sgt. Weiss his work on this case, specifically for closely paying attention to detail, and for working quickly locating the stolen property.

“The longer we have to look for stolen property, the less likely we are to find it,” explained Dutton. “Often when we’re working with a professional ring, they’ll go to either another town or out of state. If they’re trading it for drugs, they’re gone in the wind.”

The Sheriff's Office strongly encourages contractors to make sure their tools are locked and secured when they leave a site. Investing in a game cam can also be a good way to identify a potential thief should a break-in occur.

The main suspect in this case is in custody and the Sheriff's Office is recommending three counts of felony theft. The suspect's name has not yet been released.