Prosecutors requested that bond for Rachel Carper be set at $10,000 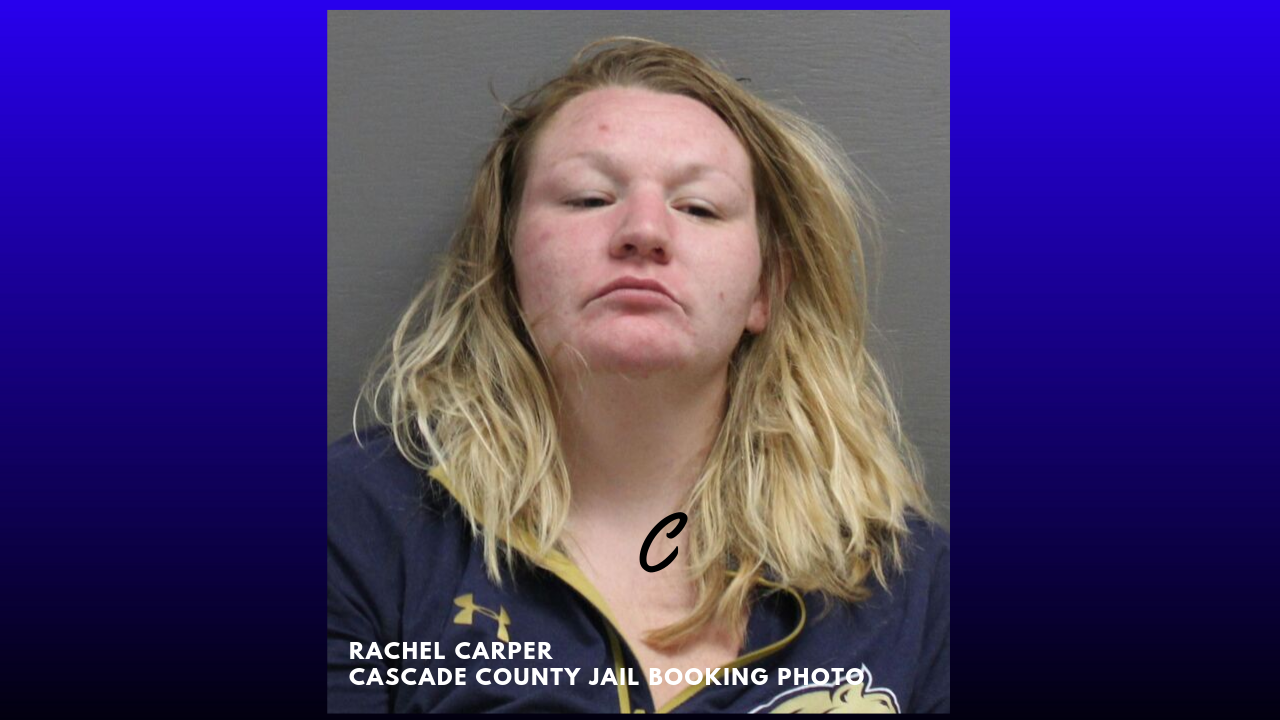 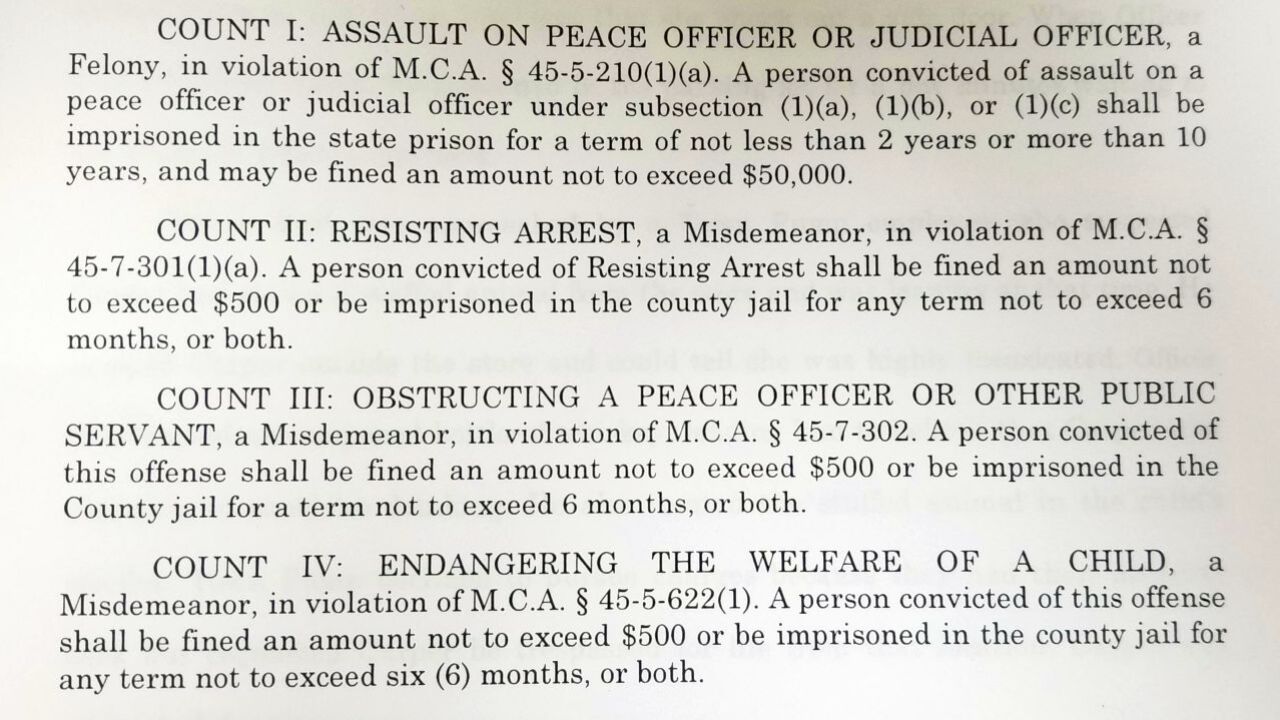 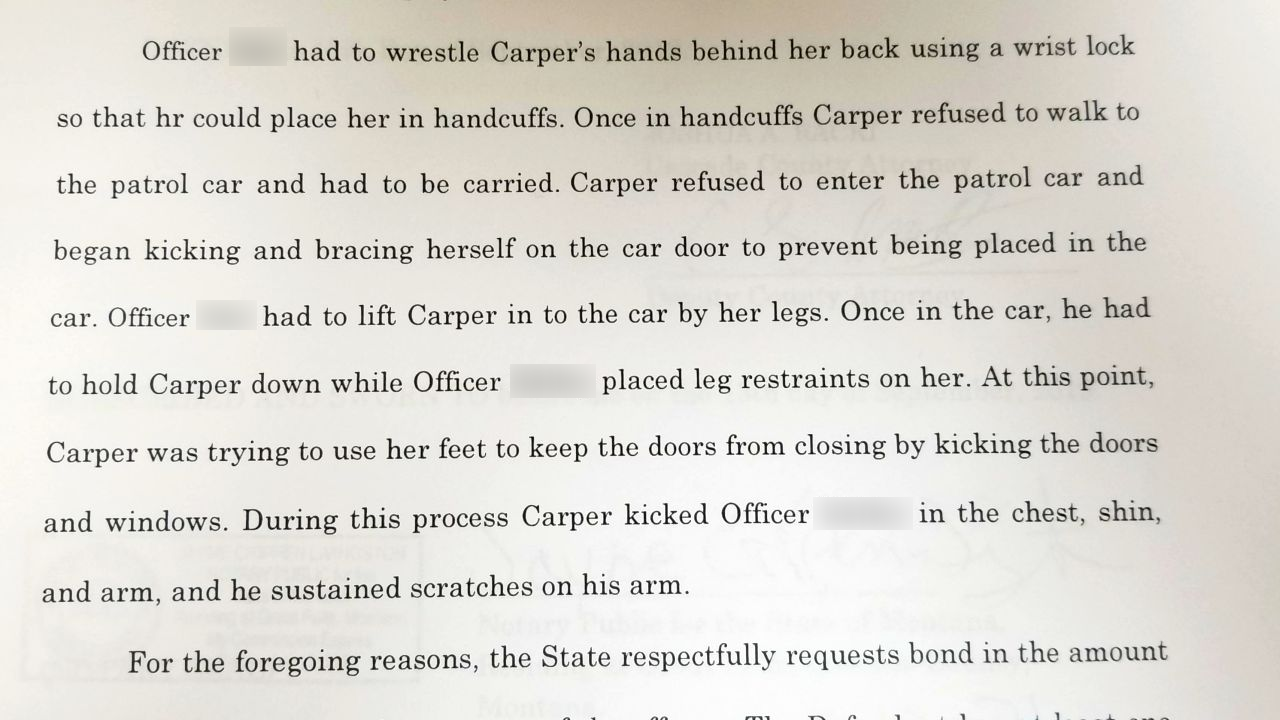 GREAT FALLS — A woman has been charged with assaulting a police officer and endangering the welfare of a child in Great Falls.

The officer noticed a strong odor of alcohol on the breath of the woman when she placed the child back in the stroller, and kept an eye on her while in the store, but was told by an employee that she had snuck out of a side door.

The officer went outside and saw Rachel Carper, and could tell that she was "highly intoxicated," according to court documents. The officer noted that Carper had an unopened bottle of whiskey and a stuffed animal that a store employee said Carper stole when inside.

The officer determined that Carper was not capable of caring for the child in her current state; Carper told him that she did not have a sober or responsible adult to care for her child at the time, so the officer requested the presence of a child protection specialist from the state Department of Family Services.

Court documents state that the officer explained to Carper what was happening, but "she was so highly intoxicated that she could not remember what had told her." Dispatch then advised the officer that there was a city warrant for Carper.

The child was placed in the temporary care of a DFS worker.

At that point, the officer attempted to take Carper into custody, but she resisted by kicking and bracing herself against the door of the police car. Once she was placed inside the car, officers had to use restraints to prevent Carper from kicking the doors and windows.

Carper then reportedly kicked one of the officers in the chest, shin, and arm.

Court documents state that Carper has been arrested before for obstructing a peace officer, and also for resisting arrest.Prosecutors requested that bond for Carper be set at $10,000, and that she be required to undergo alcohol monitoring

Carper has been charged with felony assault on a peace officer and three misdemeanors: endangering the welfare of a child, resisting arrest, and obstructing a peace officer.