Woman sentenced in Great Falls to 20 years for rape 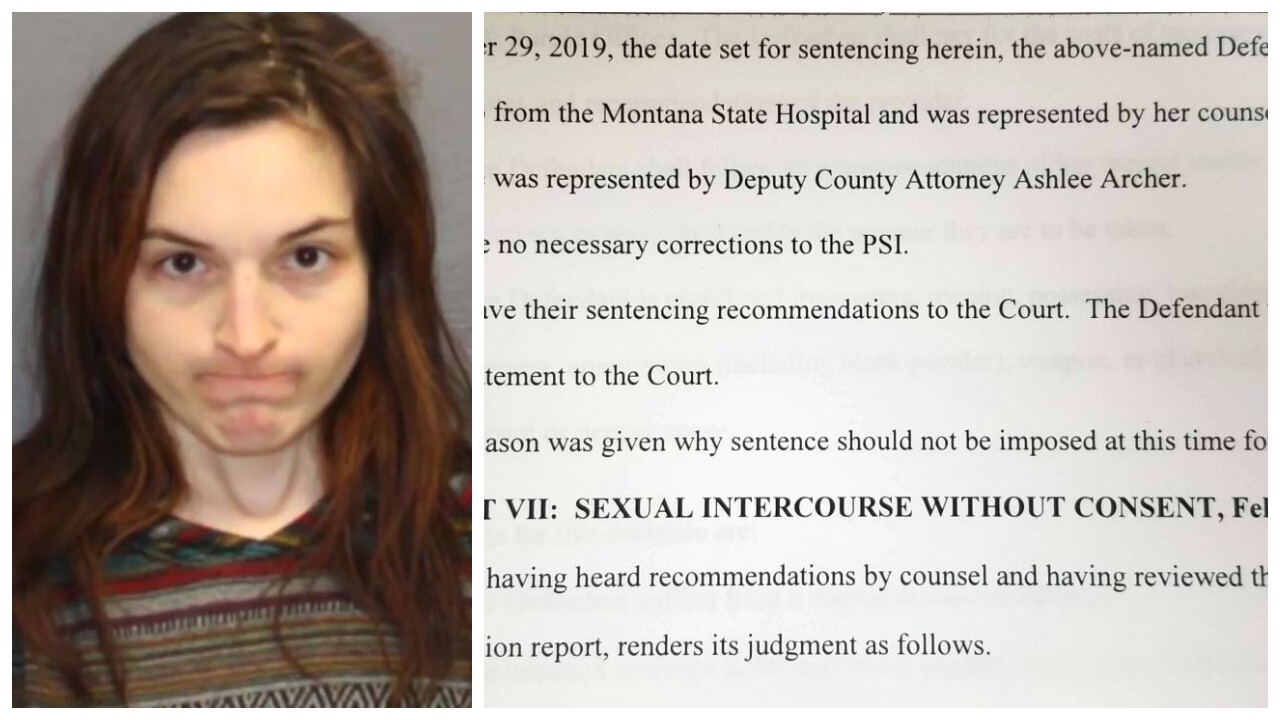 A woman charged with forcing a man to have sex with her as she wielded a machete, was sentenced in Great Falls this week to 20 years in the custody of the Montana Department of Public Health & Human Services (DPHHS).

Samantha Ray Mears was charged in June 2018 with entering the home of her former boyfriend while he was out. When he returned and found her inside, according to court documents, she confronted him from behind and was wielding a machete.

She ordered him to remove his clothes and get on the bed; the man told officers that he did not feel he could escape without being hurt by Mears.

Mears then removed her pants, crawled on top of him, and they engaged in intercourse, during which she bit him on the arm. After that, she sat on the bed, still armed with the machete, and the two began arguing; Mears then ripped a piece of trim off the wall and intentionally urinated on the bed, according to the court documents.

Mears was initially charged at the time with - among other charges - aggravated burglary, assault with a weapon, and unlawful restraint.

This week, Mears was sentenced to the custody of DPHHS for the offense of sexual intercourse without consent (commonly known as rape, a word that is not used in Montana Code), and that she is to be placed at "an appropriate mental health facility."

Mears appeared in court via video from the Montana State Hospital in Warm Springs. In addition to DPHHS custody, Mears was designated as a Tier 2 sex offender and must complete appropriate treatment and counseling. She was also ordered to follow all recommendations from her clinical provider(s) and take all prescribed medications.

The court documents state that the reasons for the sentence are because Mears suffers from a mental disease or defect, and the imposed sentence is the maximum penalty allowed according to Montana law.