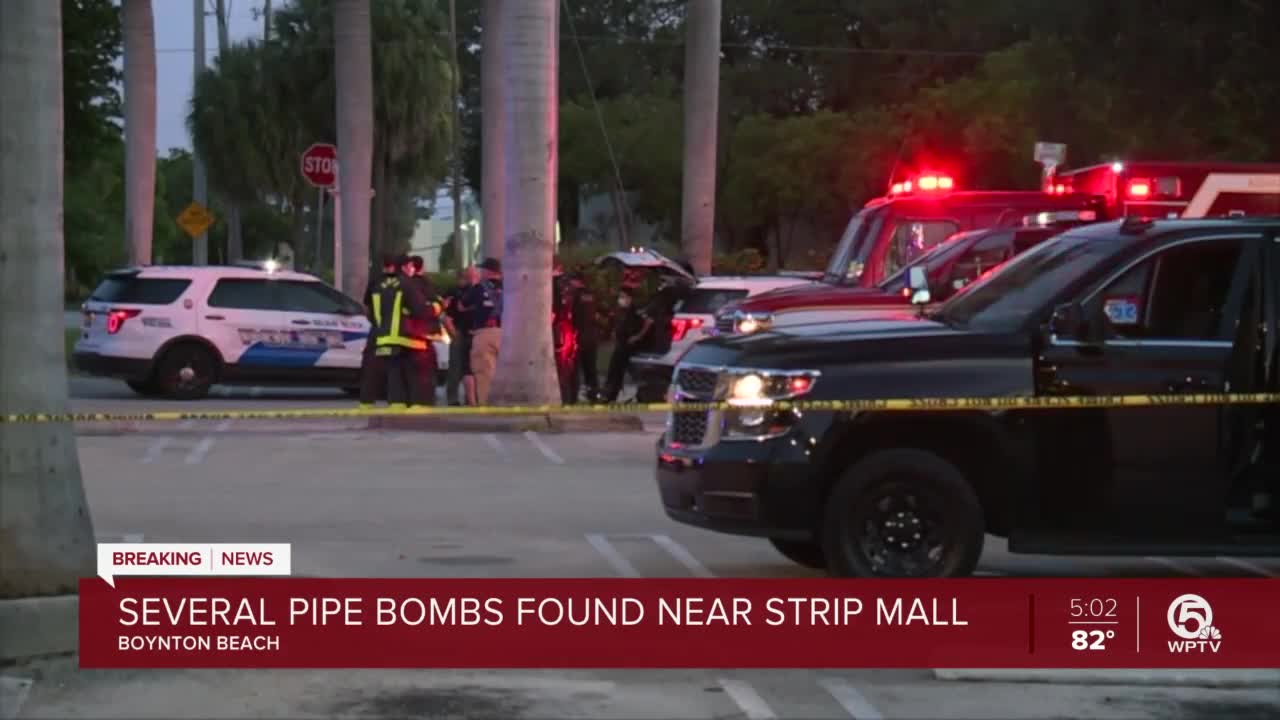 Boynton Beach found pipe bombs in the area of Congress Ave. and Old Boynton Rd., following reports of a loud noise in the area. 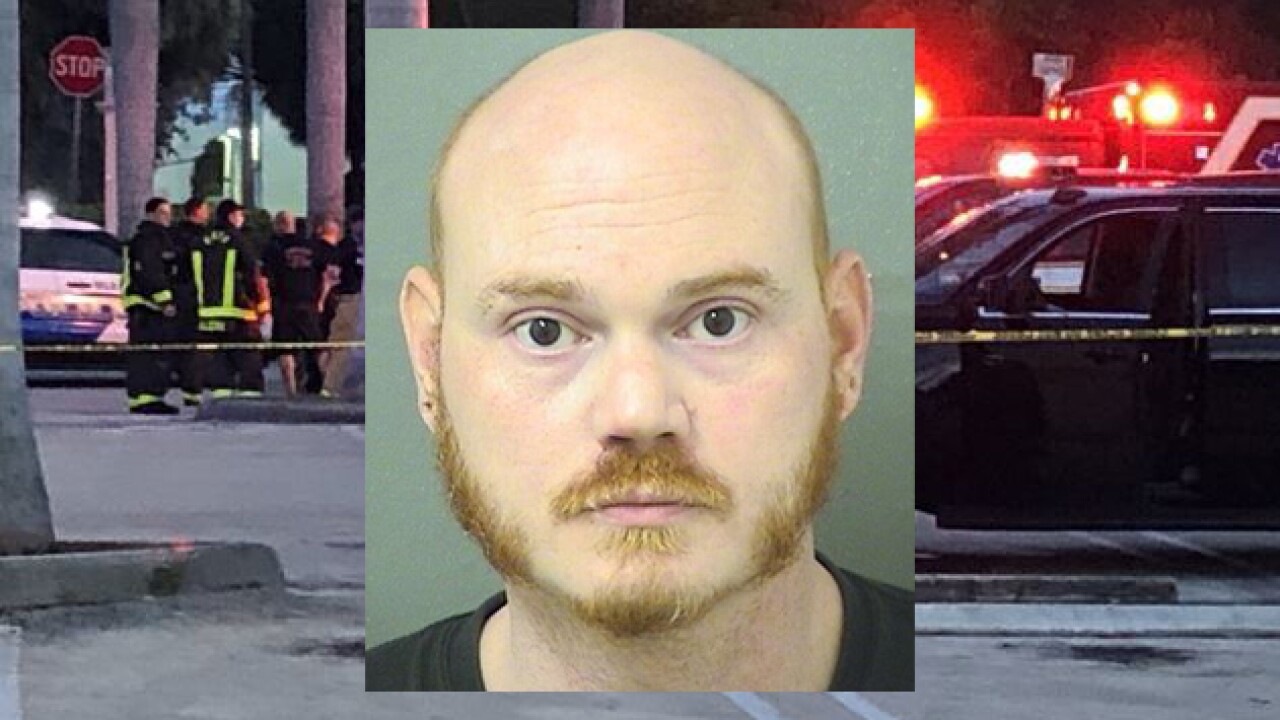 BOYNTON BEACH, Fla. — A man is under arrest after police say several pipe bombs were found near a Florida strip mall Wednesday night.

Gregory Haasze, 34, has been arrested on 26 counts of making, possessing, throwing, projecting, placing, or discharging a destructive device.

Police said the bombs were found in the area of Congress Avenue and Old Boynton Road in Boynton Beach following reports of a loud noise in the area on Wednesday.

Officers temporarily shut down nearby roads and businesses as they investigated the suspected pipe bombs. They also evacuated apartments, homes and stores in the area out of an abundance of caution.

The Palm Beach County Sheriff's Office Bomb Squad Unit responded to the scene to assist with the investigation.

A resident told WPTV she had to wait for more than an hour to get home.

"Since the Fourth of July, there have been really loud noises in the neighborhood," the neighbor said. "The only thing that could make that kind of sound is a bomb. I've never heard anything that loud before. When you're outside it hurts your ears it's so loud."

Police said residents were eventually able to get back in their homes by 12:30 a.m. on Thursday.

The @PBCountySheriff Bomb Squad has arrived on scene to assist with the investigation. We will provide additional information when it is confirmed/available. https://t.co/0iRbVXz9j6

This story was originally published by Kamrel Eppinger and Matt Papaycik at WPTV.