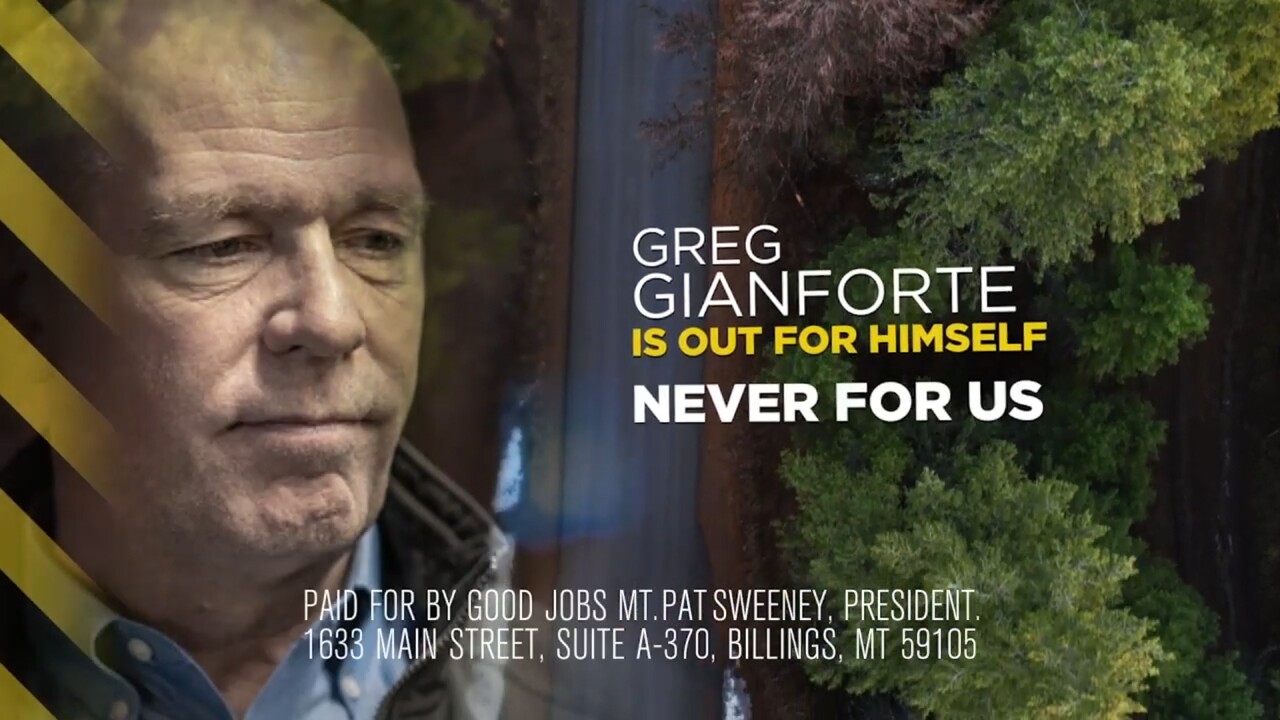 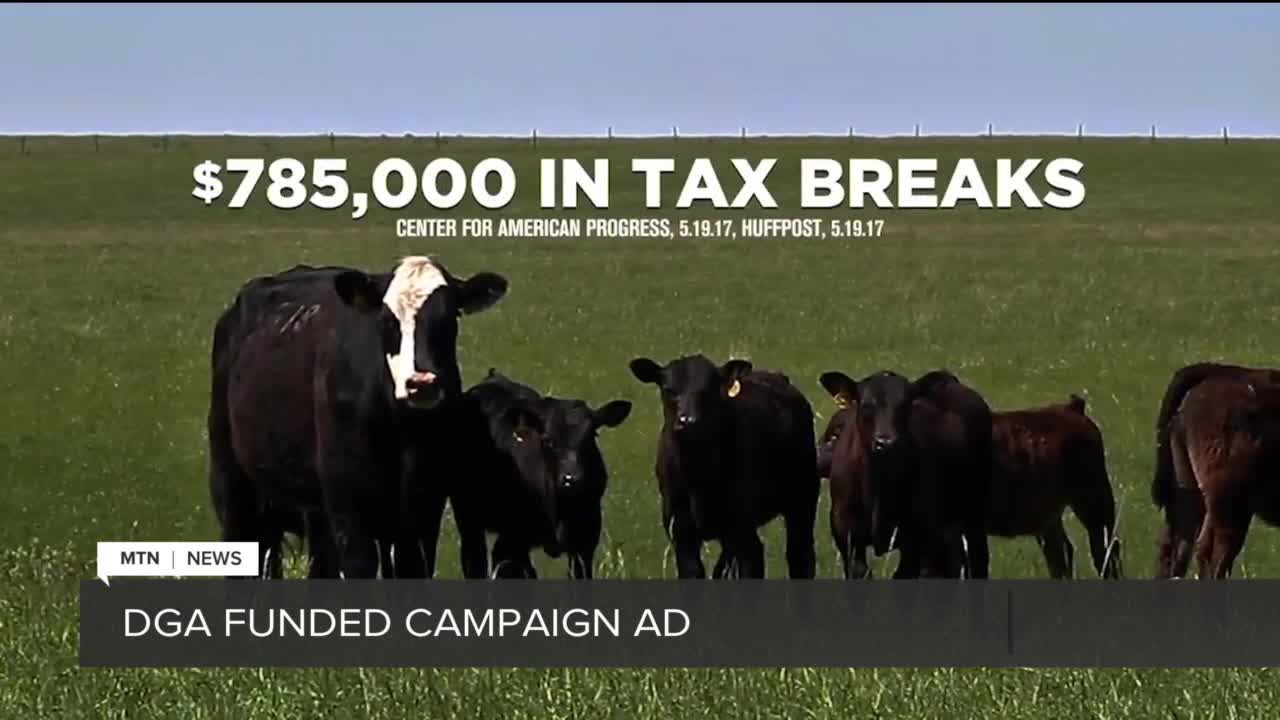 Republican gubernatorial candidate Greg Gianforte has been lambasted in a pair of ads from a group financed by the Democratic Governors Association, accusing him of supporting a sales tax, cuts in Medicare and other health-care programs, and tax cuts for “rich people like him.”

Most of the ads’ statements are generally true, as far as what Gianforte may have said, supported or voted for – but they often lack context and leave out contrary information.

For example, one ad says Gianforte “pushed a big sales tax for Montana.”

Gianforte did tell a governor’s tax-reform council 18 years ago that a sales tax would be the “ideal solution” to help lower state income and property taxes – but, in his campaigns for governor this year and in 2016, Gianforte has clearly stated that he now opposes a sales tax.

Gianforte, a wealthy businessman from Bozeman, is running for governor against Democratic Lt. Gov. Mike Cooney. A Libertarian and Green Party candidate also are in the race.

The script of the first ad says: “Gianforte praised a bill that would cut our health care but give him nearly $800,000 in tax breaks. Us? Higher health-care costs – 70,000 Montanans losing coverage. Gianforte pushed for a tax cut for rich people like him, giving himself $3 million. But he pushed a big sales tax for Montana.”

The bill that Gianforte allegedly “praised” is congressional Republicans’ 2017 bill to repeal portions of the Affordable Care Act, or “Obamacare.” It passed the House in May 2017 – before Gianforte was elected to Congress – and later died in the U.S. Senate, when the late Republican Sen. John McCain cast the deciding vote to kill it.

Shortly after the bill passed the House, in a conversation with lobbyists, Gianforte spoke positively about the bill’s passage and the efforts to repeal of the ACA.

But he told MTN News several days later, and other Montana news outlets, that he would have voted against the bill, because he wasn’t convinced it would protect rural health care or bring down costs.

The bill did cut taxes paid by wealthier citizens, on investments and their payroll, that help finance the ACA. Yet its prospective effect on Gianforte likely would be a lot less than $800,000 a year.

That figure comes from a liberal-leaning tax policy group, which looked at Gianforte’s income-tax returns that he released when he ran for governor in 2016. It used an annual average of his income for that period.

However, the period includes two years when Gianforte made more than $100 million on the sale of a software company he co-founded – so his “average” income was certainly inflated beyond what he would make in the future.

The claim of Gianforte pushing for a tax cut “for rich people like him” refers to state income-tax cuts and credits that passed the Montana Legislature 17 years ago, under then-Gov. Judy Martz, a Republican.

He was a private citizen at the time, but had spoken in favor of lowering Montana’s state income taxes.

Those changes included a credit that cuts taxes on capital gains – a credit that lowered Gianforte’s state income taxes by $2.7 million over the past 10 years, according to records he released early this month.

The script of the second DGA ad says: “… We could lose our health care, because Greg Gianforte supported cuts to Medicare, cutting access to doctors close to home, and cutting insurance oversight so that premiums skyrocket. The facts? Gianforte takes thousands in campaign cash from the health-care industry, gives them billions in tax breaks.”

The first sentence refers to Gianforte’s October 2017 vote for a U.S. House budget resolution that recommended significant cuts in federal spending, including Medicare and other programs.

However, the bill was only a recommendation, rather than actual cuts, and the cuts never happened. The vote was something of a procedural move by congressional Republicans, primarily to allow them to pass a massive federal tax-cut bill later that year.

The next statement about Gianforte giving the health-care industry “billions in tax breaks” is a reference to that tax-cut bill, which Republicans passed in December 2017 and President Trump signed into law.

Large health-care, drug and insurance firms certainly benefited from the bill’s corporate tax cuts, sometimes in the billions of dollars – but the bill included tax cuts for all companies doing business in the United States, as well as individual taxpayers.