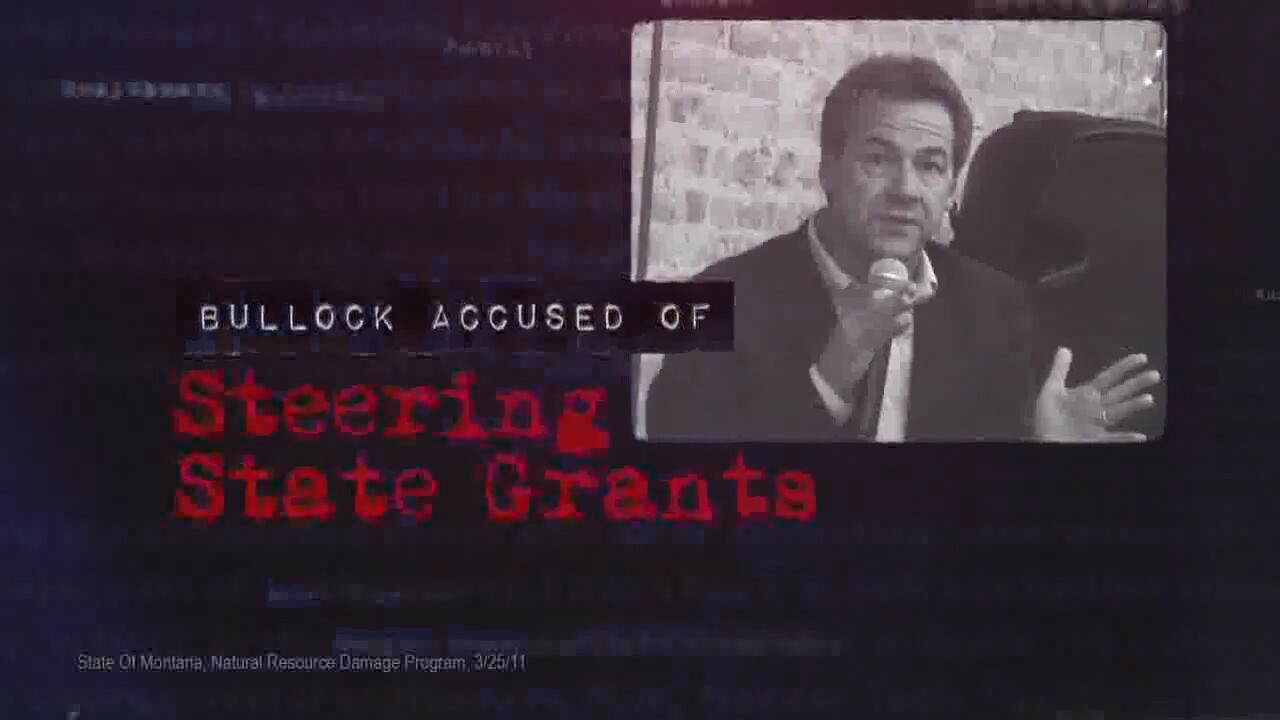 The Bullock campaign has asked TV stations to pull an NRSC ad alleging Bullock steered contracts to a Montana company connected to his brother.

HELENA — A Montana engineering firm and the U.S. Senate campaign of Gov. Steve Bullock have asked TV stations to pull a GOP campaign ad accusing him of “steering” state contracts to “his brother’s firm,” calling it false and defamatory.

On Friday and Monday, the CEO of Pioneer Technical Services of Butte and a lawyer for the company sent letters to Montana TV networks, saying the stations have an obligation to stop airing an ad that contains false charges.

The letters said not only did no nepotism occur but also that Bullock’s brother, Bill Bullock, sold his interest in the company in 2009 – four years before Steve Bullock became governor.

“The NRSC advertisement disparages the reputation of Pioneer Technical Services,” wrote attorney Karl Englund of Missoula. “If you continue to broadcast the advertisement, you will be exposing your station to a potential lawsuit for defamation.”

The NRSC, a national group opposing Bullock in his run for U.S. Senate, stood by the ad, telling MTN News that Bullock, as governor, had legal authority over $14 million in state contracts that went to the company from 2013-2019.

However, at least one state agency that contracted with Pioneer – the Department of Environmental Quality – told MTN News that none of those contracts required legal approval from the governor.

Rebecca Harbage, public policy director for DEQ, said the agency has “delegated authority” to work with the state Procurement Bureau to decide its contracts with companies doing work for the state.

Pioneer Technical Services CEO Brad Archibald also told MTN News Monday that state contracts have been awarded to the company through competitive bidding, and that the governor had no influence over the process.

Bullock, a Democrat, is challenging Republican U.S. Sen. Steve Daines in one of the most closely watched Senate contests in the country, as Democrats try to wrest control of the U.S. Senate from Republicans.

The race is expected to attract tens of millions of dollars in outside spending, by groups supporting or opposing either candidate.

The 30-second ad starts by talking about Bullock’s alleged “government-run health care plan” and then says “But, there’s more – Bullock has been accused of steering state grants to his brother’s firm.”

Without naming Pioneer Technical Services, the ad goes on to say “a company founded by Bullock’s brother” received $14 million in state contracts and that the governor steered business “to his own family.”

When asked who had “accused” Bullock of steering contracts to the company, NRSC spokesman Nate Brand said Montana Republicans had made the claim when Bullock first ran for governor in 2012.

Archibald, the Pioneer Technical Services CEO, said Monday that Bill Bullock founded the company in the early 1990s but sold his shares in 2009 and no longer has any financial interest in the firm.

He does sit on the company’s board of directors and is paid $1,500 a year for expenses for attending board meetings, the company said.