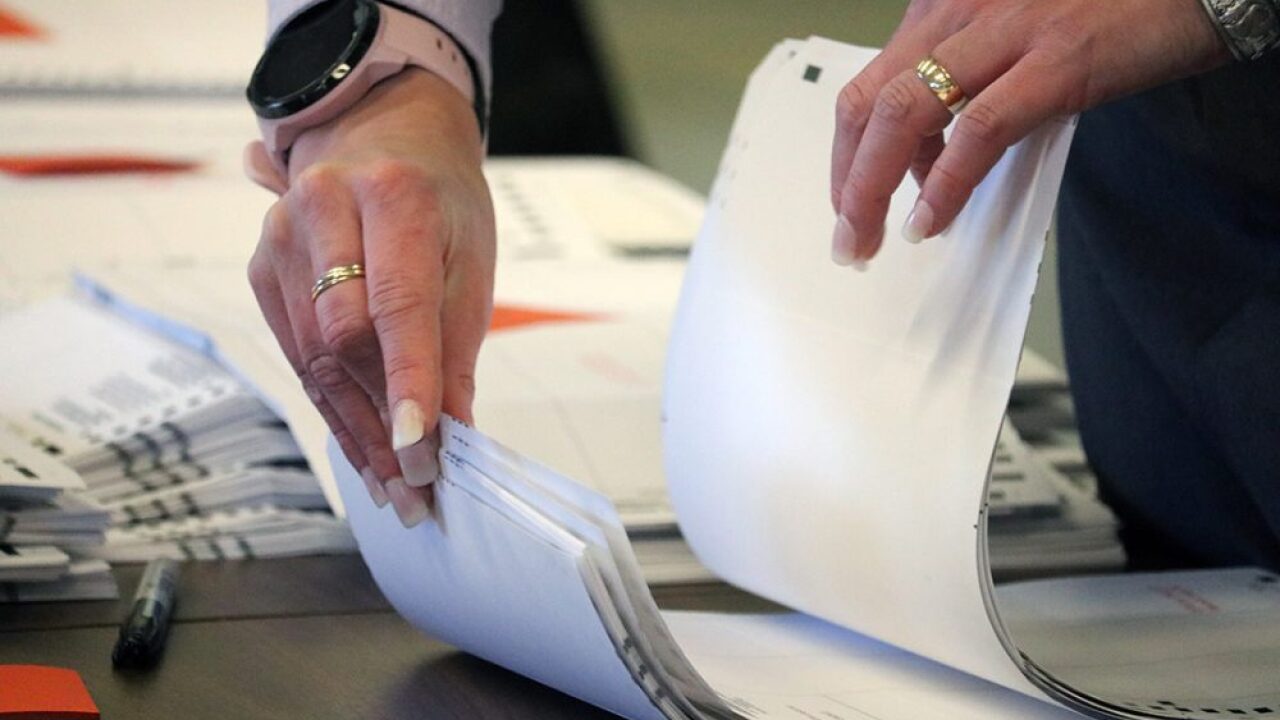 Missoula Current file photo
Bradley Seaman, the Missoula County election’s supervisor, confirmed Friday that his office had sent an email to roughly 385 county voters registered under the Uniformed and Overseas Citizens Absentee Voting Act informing them that their electronic ballot included an error.

MISSOULA — An absentee voter registered in Missoula County received an email from the local elections office last week stating that it had incorrectly linked a field on his ballot and directed him instead to access his ballot through a state server.

Jeffrey Renz, who’s registered to vote absentee in Missoula County and currently resides in the Republic of Georgia, received the email from the county elections office on the morning of Sept. 19.

“I got the first announcement from the elections office saying here’s your ballot, then they followed up with the email,” Renz told the Missoula Current in a phone call on Friday morning. “I’m trying to find out if it’s genuine and what’s going on.”

Renz said he was fearful that the county email was disguised to appear genuine but was actually spam, and that the link included in the email would download a virus to his computer.

“I get those, so it’s always possible,” he said. “I’m not sure what’s going on. I suppose there’s others who got the same email.”

Bradley Seaman, the Missoula County election’s supervisor, confirmed Friday that his office had sent an email to roughly 385 county voters registered under the Uniformed and Overseas Citizens Absentee Voting Act.

Known as UOCAVA, the act applies to U.S. citizens who are active members of the Uniformed Services, the Merchant Marines, and the commissioned corps of the Public Health Service and the National Oceanic and Atmospheric Administration.

Seaman said ballots sent to UOCAVA voters include a transmission, or cover page, that informs the voter that he or she is sending their ballot via email.

As a result, elections officials may be able to see some identifying information due to the process of transmission and directs them to take additional steps for the sake of confidentiality.

“When we created the ballot packet for these voters, two fields got linked,” Seaman said. “In their, the information from their transmittal page could show up on their ballot. We reached out to these voters immediately to inform them of the error.”

Seaman said the Missoula County Elections Office mailed the 385 electronic ballots on the morning of Sept. 18 and quickly discovered the error. He said they called the Secretary of State’s office and county attorney that day, asking how to follow up in light of the mistake.

The Secretary of State told the county to use Montana’s electronic absentee system.

“It’s another method available for these voters,” Seaman said. “It allows them to get that same ballot with a different method of attaching the affirmation. We immediately sent that email out. We had 17 voters on that Saturday that had already voted in the incorrect packet.”

Seaman said the likelihood of the error negating those 17 ballots, or any other UOCAVA ballot cast under the error, was “incredibly slim.”

“The issue is, there’s a section under state law that says if you have identifying information on your ballot and a ballot count board sees this, it could cause those to be rejected,” Seaman said.

“It’s not how we track ballots in Missoula. We use a high-speed tabulator, so it won’t see this information. But in an abundance of caution, we reached out to these voters to help make sure.”

Seaman said the 17 ballots will be counted, along with the remaining 362 UOCAVA ballots. The county will be watching for any ballot duplication, as some may vote the recalled ballot and others through the Montana absentee voting system.

Seaman said Missoula County currently has 87,450 registered voters, though only 73,437 are active, including the 385 UOCAVA voters. He regrets the error and said the county has taken steps to address it.

“This was within our office. It was a human error. We take ownership of that,” Seaman said. “The likelihood it impacts their vote is incredibly slim. But we take this so seriously. It’s about the integrity of the process.”