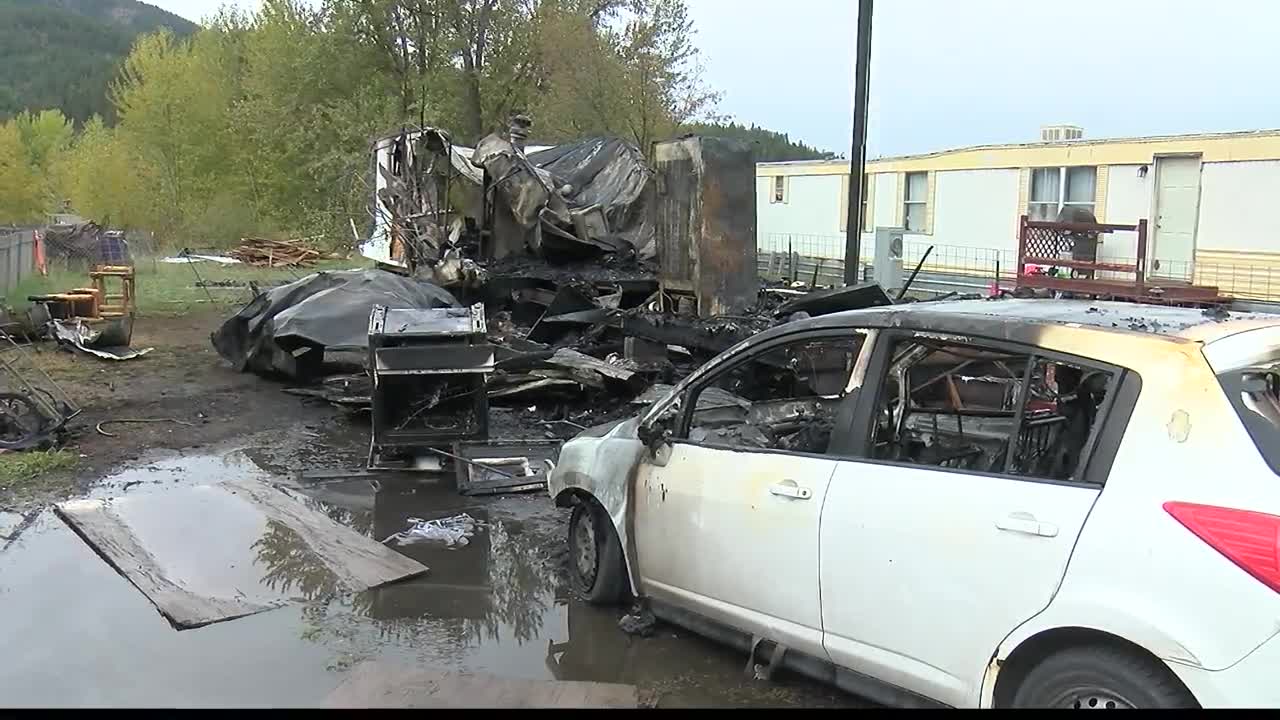 CLINTON — It was a nightmare scenario for a Clinton family who woke up to their home going up in flames.

A devastating early Tuesday morning fire in Clinton has left a mom and her two young kids without a home and car.

The call came into the Clinton Rural Fire District shortly before 4 a.m. on Tuesday.

While the firefighters were busy fighting the flames, next door neighbors went into action, as well.

“I literally snuck in my house while they were fighting the fire to get clothes for the little boy because he was just in his pull-up,” said Jason Howard, a neighbor of the family.

“They were trapped in the yard, basically, so my husband picked everyone up and got them over the fence,” said Tiffany Lowe, another neighbor of the family.

The mom did suffer burns, but she and her kids made it out of the home safely. Unfortunately, a family dog did not survive.

“They’ve lost everything in this fire, all of their personal belongings are gone, what cash they had in her purse were inside the fire… it’s gone,” Tucker said.

Neighbors and the greater community are already stepping up to help the family.

Tucker says he spoke to the victim who confirmed the Red Cross is also stepping in.

“She had directly been in touch with the Red Cross, so they were trying to get something set up,” Tucker said.

Tucker says that while the fire victims have many needs, kids clothes and toys are at the forefront.

The cause of the fire has not been determined at this time.