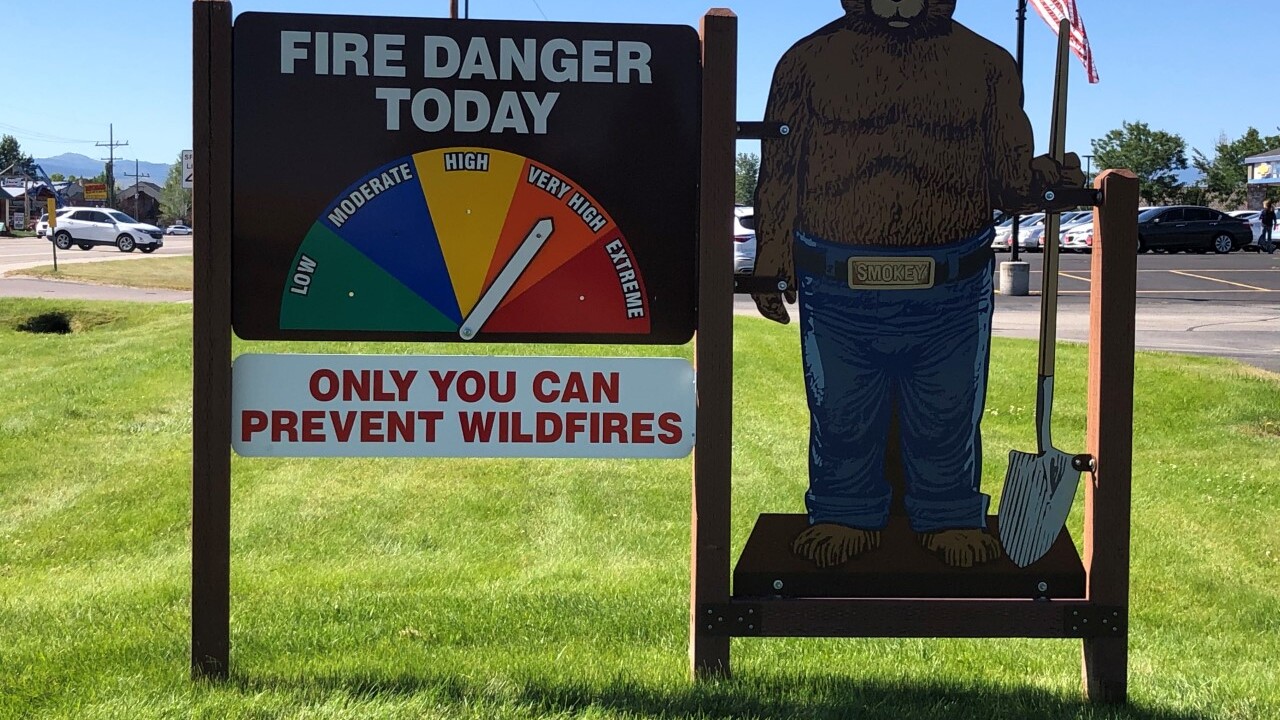 Bitterroot National Forest
Between 250 and 300 lightning strikes were reported early Wednesday morning in the Bitterroot and Missoula valleys.

HAMILTON — The fire danger on the Bitterroot National Forest has been raised to “very high” as continued hot and dry weather is predicted this week and into the weekend including a chance of thunderstorms, lightning, and gusty winds.

Bitterroot fire and recreation crews have found numerous abandoned campfires in the past several weeks on the forest along with an increase in human-caused fires.

“Unfortunately, we are seeing at least two or three of these a week,” said Fire Management Officer Mark Wilson. “We really need all our resources available right now for initial attack and quick response to new starts, instead of being called away to douse abandoned campfires. We are asking for the public’s help to stop this continuing problem.”

Leaving a fire without completely extinguishing it is prohibited, and violators face substantial fines including potentially paying fire suppression costs -- which can easily run into the thousands if an unattended fire starts a wildfire.

Lower elevation fuels have dried to the point that fires will spread quickly, according to a news release.

Fire managers are reminding visitors and recreationists to be extremely careful while visiting the forest and to ay attention to those items that can cause a spark, such as chains on a trailer. People should make sure that all campfires are dead out by adding water and stirring dirt into hot coals until cold. If your campfire is too hot to touch, then it’s too hot to leave.

Cigarette butts should never be thrown from vehicle windows and refrain from smoking in wooded, grassy, or brushy areas. Firewood cutters should operate chainsaws equipped with spark arresters in the cool morning hours and keep a shovel and fire extinguisher nearby. Keep vehicles on established roads and trails and avoid driving over dry grass and brush that could be ignited by hot exhaust systems.

Open burning is currently prohibited in Ravalli County. Camp and cooking fires are still allowed. Click here to learn more about fire restrictions that are in place throughout Montana.

When fire danger is “very high” fires will start from most causes. The fires will spread rapidly and have a quick increase in intensity, right after ignition. Small fires can quickly become large fires and exhibit extreme fire intensity, such as long-distance spotting and fire whirls. These fires can be difficult to control and will often become much larger and longer-lasting fires.

There have been 28 small wildfires on the Bitterroot National Forest this summer; 11 human-caused and 17 lightning fires.