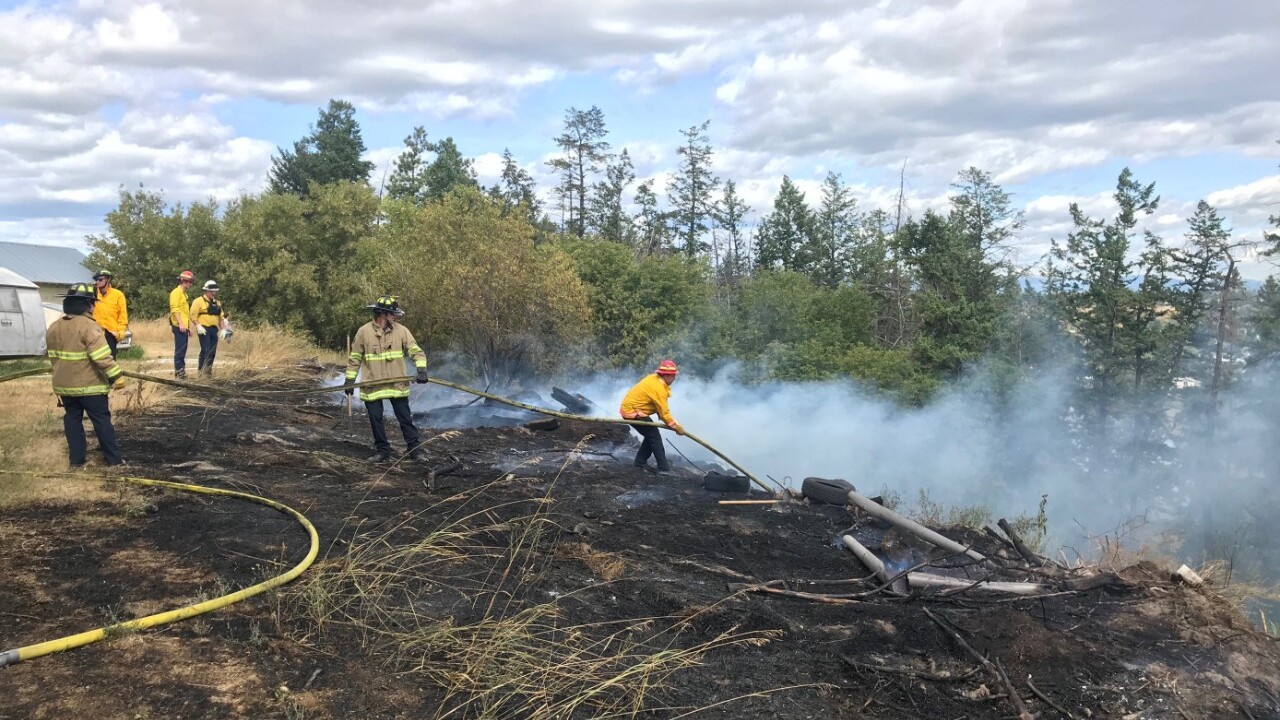 Copyright 2020 Scripps Media, Inc. All rights reserved. This material may not be published, broadcast, rewritten, or redistributed.
Sean Wells/MTN News
Crews at the scene of a grass fire along Whitefish Stage Road on Sept. 2, 2020. 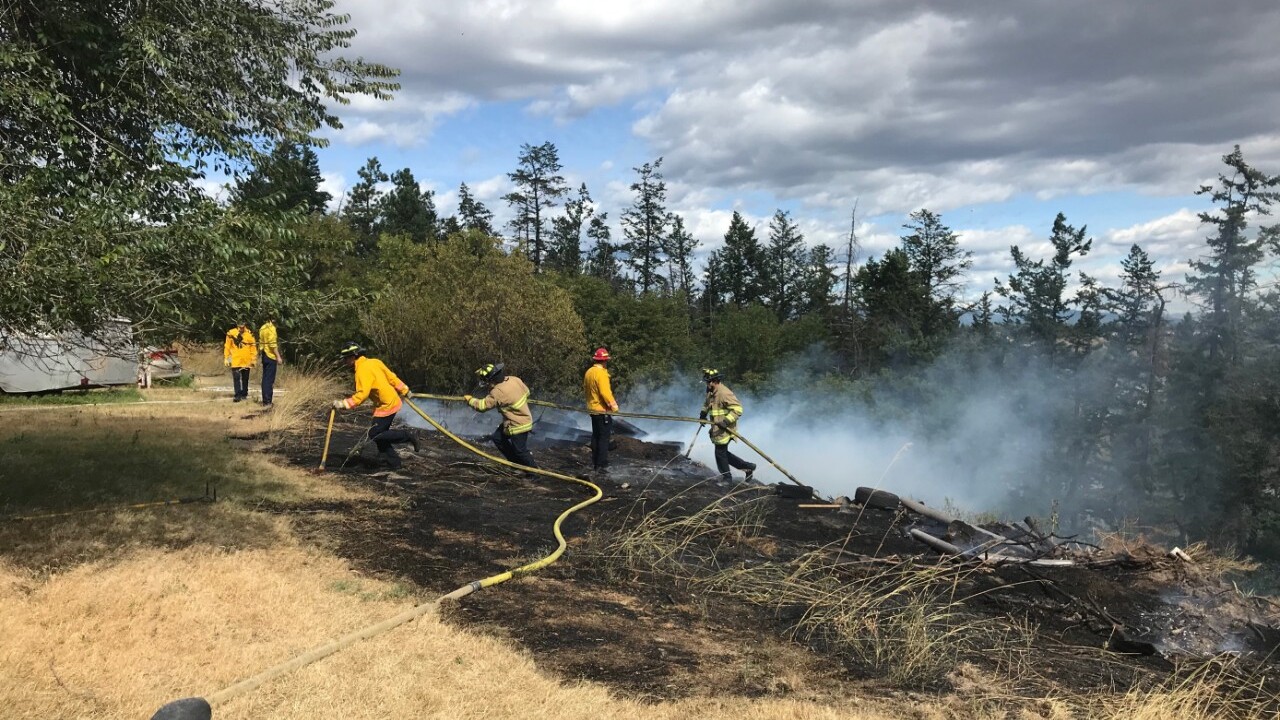 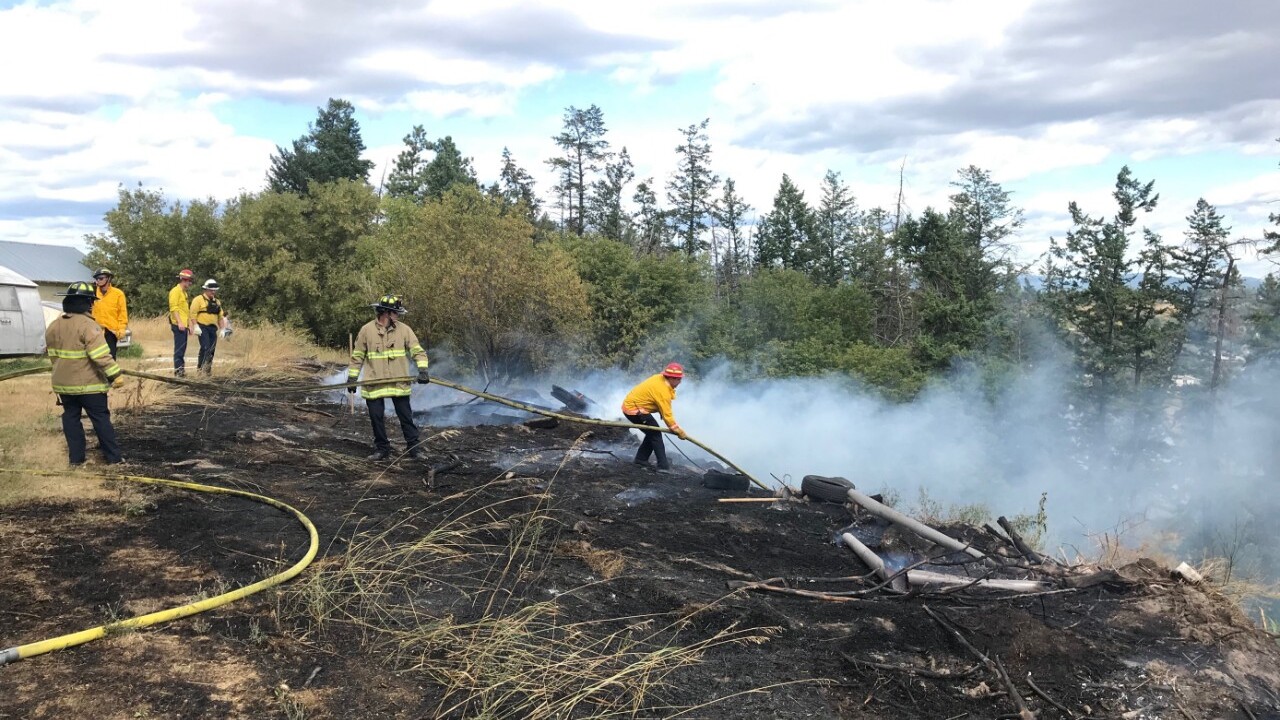 EVERGREEN — Crews were called to the scene of a grass fire that broke out in the Evergreen area on Wednesday.

Firefighters are working to put out the blaze which is burning in the 1300 block of Whitefish Stage Road.

Evergreen Fire Department Fire Marshall Ben Covington told MTN News that they were called to the scene at 11:45 a.m.

It's believed about one-third of an acre burned on the side of a ridge.

According to Covington, it's believed the blaze started from the mishandling of coals from a fireplace.

Kalispell fire assisted with the fire.

Covington says that a quick response from firefighters helped stop the spread of the fire.

- information from Sean Wells included in this report