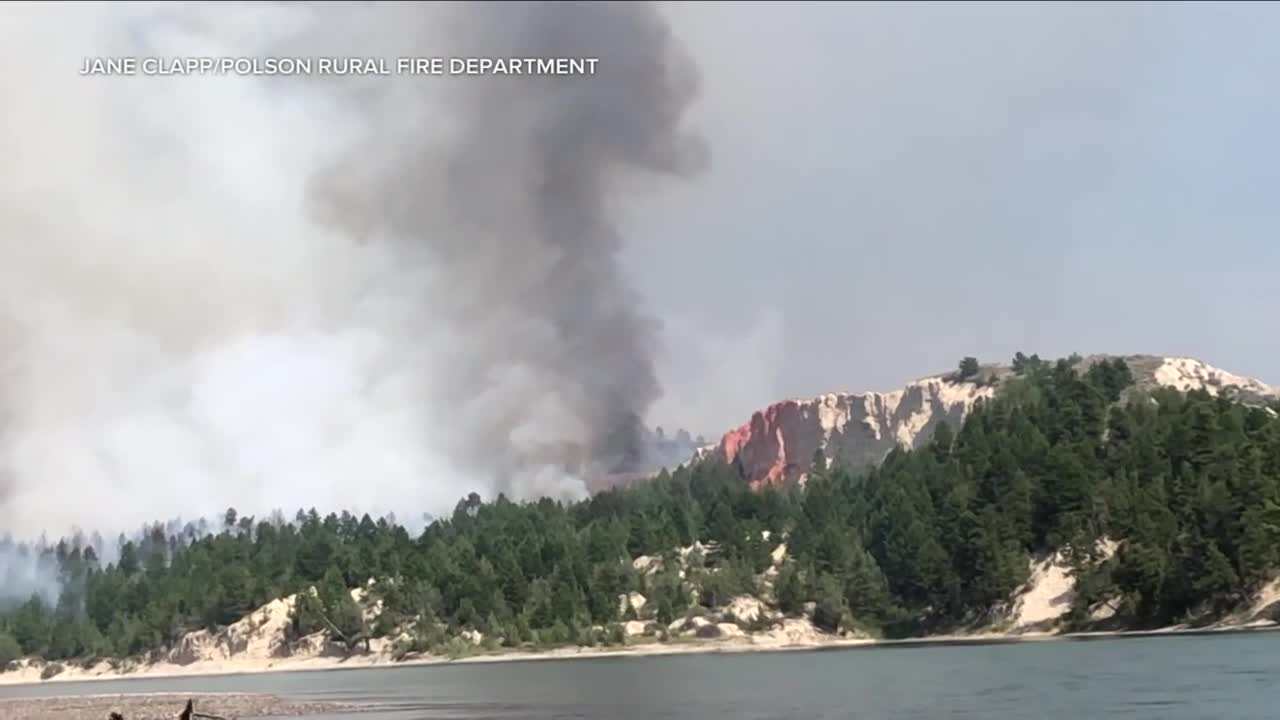 The 20-acre blaze -- which was reported on Tuesday afternoon -- is burning between Buffalo Bridge and Sloan's Bridge along the Flathead River. 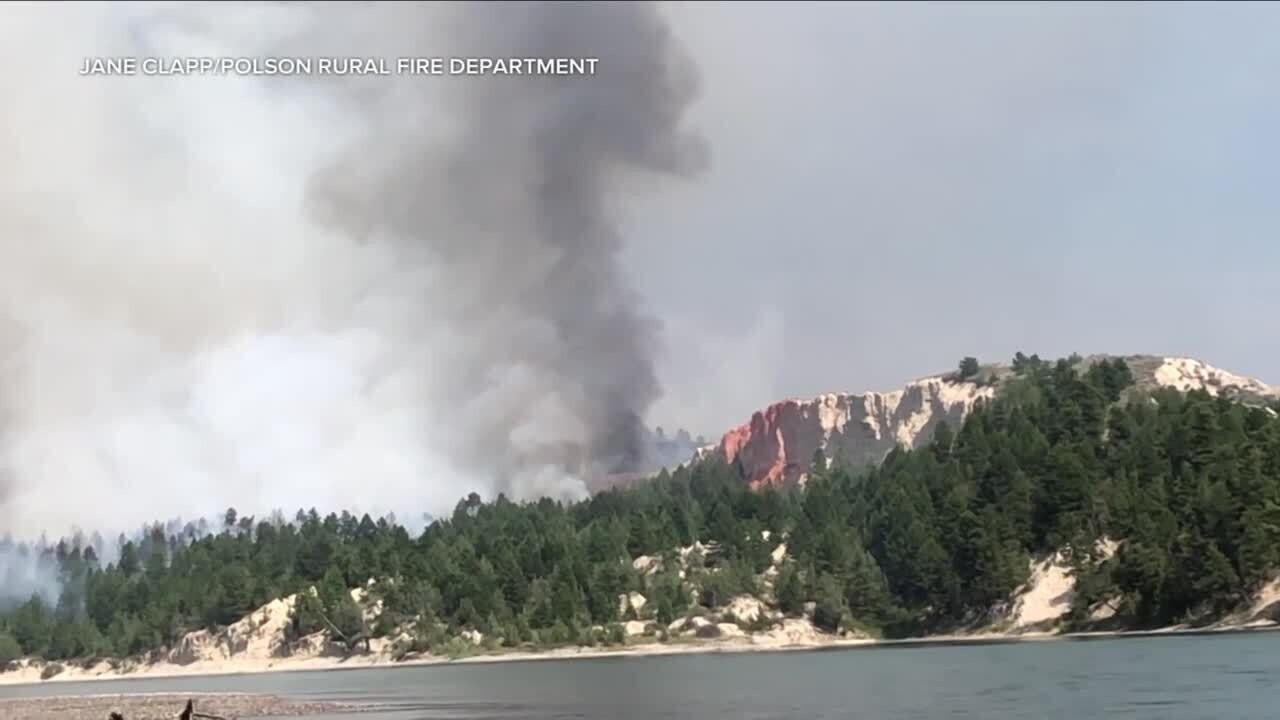 POLSON — Crews are continuing to battle the Horseshoe Fire located about 10 miles southwest of Polson.

The blaze was reported shortly before 2 p.m. on Tuesday between Buffalo Bridge and Sloan's Bridge along the Flathead River.

At last report, the fire is estimated at roughly 20 acres with 0% containment.

A Type II Initial Attack crew along with three engines and two helicopters are assigned to the fire.

At last report, there are no evacuations in place and no structures were being threatened.